Oooh, this should be fun! The kidz at Tiger Beat on The Potomac report that Arizona’s angry old man, Sen. John McCain is ridding the Arizona Republican Party of its Tea Party extremists in advance of his reelection campaign in 2016 . . . and the teabaggers are promising to exact their revenge! McCain’s big purge;

Nearly a year ago, tea party agitators in Arizona managed to get John McCain censured by his own state party. Now, he’s getting his revenge.

As the longtime Republican senator lays the groundwork for a likely 2016 reelection bid, his political team is engaging in an aggressive and systematic campaign to reshape the state GOP apparatus by ridding it of conservative firebrands and replacing them with steadfast allies.

The ambitious effort — detailed to POLITICO by nearly a dozen McCain operatives, donors, and friends — has stretched from office buildings in Alexandria, Virginia, where strategists plotted and fundraisers collected cash for a super PAC, to Vietnamese-American communities across Arizona, where recruiters sought out supporters eager to help the incumbent defeat the tea party.

Under the byzantine rules of Arizona Republican Party politics, these elected officials, known as precinct committeemen, vote for local party chairmen. The chairmen, in turn, determine how state and local GOP funds are spent, which candidates are promoted in an election year, and which political issues are highlighted — all matters of central concern for McCain heading into 2016, when the threat of a primary looms.

Prior to Aug. 26, when the races for the party offices were held, the vast majority of the 3,925 precinct slots were filled by people McCain’s team considered opponents. Now, after an influx of candidates were recruited by the senator’s allies, around 40 percent of those offices — 1,531 to be exact — will be held by people McCain’s team regards as friendly. They will have the power to vote down hostile Republican chairmen in each of their respective localities.

“There’s been a huge organizational effort that I’ve never seen before,” said Gordon James, an Arizona public relations executive and longtime McCain confidant. “A lot of the party folks who were hostile to John McCain have been marginalized, and that’s a good thing.”

The biggest foe to fall: Timothy Schwartz, the man who authored the McCain censure resolution. Earlier this month, Schwartz was ousted from his post as a GOP legislative district chairman by a group of newly elected precinct committeemen who voted in favor of a McCain-aligned candidate. Another outspoken McCain detractor, A.J. LaFaro, recently announced that he wouldn’t be seeking reelection to the Maricopa County Republican chairmanship, a tacit recognition that he didn’t have enough support to win.

LaFaro accused the senator of engaging in the equivalent of “ethnic cleansing.” “For John McCain to have been so vindictive in his actions … It’s just amazing,” he said. “It’s been all-out war.”

Until this year, however, McCain aides had never seriously considered a concerted effort to remake the state GOP apparatus, which has traditionally been dominated by his conservative antagonists. That changed after the January censure, which rapped the senator for having an insufficiently conservative record that was “harmful” to Arizona.

“He was very unhappy with the censure and wanted to make sure it never happened again,” said Mike Hellon, McCain’s deputy campaign manager in 2010.

In the days after the state party’s rebuke, a group of top McCain political hands, including Jon Seaton and Christian Ferry — who worked for McCain in his 2008 campaign and have remained with him since — hatched a plan to form a super PAC that would spend money to elect a more friendly slate of precinct committeemen.

The super PAC, which was based out of offices in the Washington, D.C., suburbs and Phoenix and given the generic name “Arizona Grassroots Action PAC,” raised nearly $300,000. The largest checks, according to contribution reports, came from Gregory Maffei, a Colorado businessman, and Gregory Wendt, a San Francisco-based financial adviser, both longtime McCain donors.

Out in Arizona, the McCain forces, led by Seaton, set out to find would-be candidates for the precinct committee positions, many of them citizens with little or no political experience. They conferred with the establishment-aligned Chamber of Commerce and held recruitment house parties.

They also found a well of interest among Vietnamese-Americans, a small but politically active community which has long treated McCain, a Vietnam veteran who spent more than five years as a prisoner of war, as an ally; as a senator, he’s taken up the cause of the country’s refugees. More than 50 individuals of Vietnamese descent signed up to run for the precinct slots, and won.

One of the victors was Kevin Dang, the president of the Vietnamese Community of Arizona. Vietnamese-Americans had been motivated to run, Dang said, because of the attacks against McCain, which the community regarded as “disgraceful and discreditable.”

During the summer-time run-up to the party elections, which were held at the same time as other primary contests across the state, voters received mailers and automated phone calls from the pro-McCain super PAC advertising the new precinct committee hopefuls. In years past, these low profile races had mostly been uncontested affairs that drew only the most politically active conservatives — in other words, people generally hostile to the senator.

McCain aides maintain that he hasn’t been personally involved in the skirmishing, choosing to let his political handlers do the dirty work. But, they say, he’s pleased with the results.

“Sen. McCain has been a supporter of efforts to expand the party and to get more people involved,” said Brian Rogers, a McCain spokesman.

The effort to overhaul the state party comes as McCain, 78, is making other preparations for a reelection campaign.

Rogers, the McCain spokesman, said the senator had not made a final determination on whether to seek a sixth term but is “strongly leaning toward running again.” A decision, he said, would come sometime next year.

In Arizona, talk of a primary challenge to McCain persists.

Much of the speculation surrounds two potential conservative challengers, Reps. David Schweikert and Matt Salmon. Both have clashed with McCain in the past; in 2012, the senator endorsed establishment primary challengers to each. Spokesmen for Schweikert and Salmon didn’t respond to requests for comment.

McCain advisers believe their campaign to alter the state GOP will strengthen his hand in 2016; a more sympathetic Arizona Republican Party, they reason, will be less likely to lodge a censure resolution against him and rally activist support for any would-be primary opponents.

“If Senator McCain seeks re-election in 2016, the groundwork laid in 2014 will be extremely helpful,” Seaton wrote in an email, adding that he would be “running with the strong support of thousands of grassroots Arizonans.”

The next front for McCain will come next month in Maricopa County, the state’s most populous, when precinct committeemen there elect a new GOP chairman to succeed LaFaro. In the contest for that influential post, the McCain team is lining up behind local activist Lisa Gray and encouraging the county’s new precinct officers to support her over two opponents.

The tea party crowd, for now, isn’t retreating in the face of the McCain onslaught.

Anti-McCain forces are still in charge of the majority of precinct committee slots statewide, and, activists say, there are many remaining conservative chairmen hell-bent on making life miserable for the senator.

Schwartz, the ousted McCain foe, hinted that tea party forces were planning on striking back after the holidays. He declined to provide specifics. 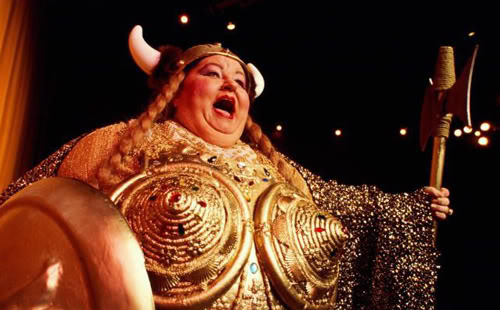