The Maricopa County Board of Supervisors and Department of Health Services were warned well in advance about COVID 19 and how it could impact the people.

They were also provided ample funds from the CARES Act to plan for the contact tracing that would be needed should a surge occur in the Coronavirus in Maricopa County.

They still dropped the ball and people who have tested positive for COVID 19 have had to wait longer to get follow-up attention from county personnel.

According to reporting from AZ Central journalists Rachel Leingang and Alison Steinbach, the county had not been following CDC guidelines for contact tracing.

The county is also behind on contact tracing, having only connected with 20 percent of the people, through text messaging, afflicted with the Coronavirus.

County officials are also being silent about releasing the results of the contact tracing, specifically if there are any location hot spot correlations that residents should steer away from in the area.

“I understand why people want to know where people are getting COVID-19, but it’s important to know that COVID-19 is circulating throughout the community.”

With respect to the good doctor, that is not good enough. As a resident in the county, I would very much like to know if a certain location has yielded more cases than another. This is not a case of launching a witch hunt on any establishment but finding out what locations are safe.

On the County failing to prepare for the need to contact trace the people, Congressional District Nine Representative Greg Stanton understandably fumed, writing a letter to the board and  issuing a statement to KJZZ which read in part: 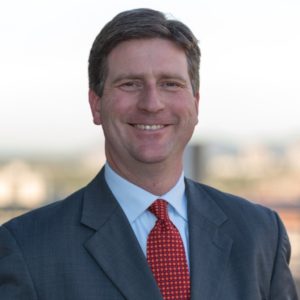 “Now, these same officials are scrambling — playing months’ worth of catch-up and attempting to reassure the public that things are going well when the reality is the County’s contact tracing efforts are nowhere near following (Centers for Disease Control and Prevention) guidelines. This situation is a disaster. It is costing lives. It is inexcusable.”

“Other public health agencies have used Sara Alert to help monitor the symptoms of patients and contacts who have already spoken with a human case investigator or contact tracer. The County, however, is using the system in place of a contact tracer.”

“The county squandered this precious time. It acted slowly and only ‘started’ to ‘gear up’ in early May — and for a level of staff that was far below what experts predicted would be necessary.”

Deedra Abboud, a candidate for the District Two Maricopa Board of Supervisors seat also criticized the poor response of county officials, responding to a request for comment by Blog for Arizona by stating:

“The Maricopa County Board of Supervisors have demonstrated incompetence in proactively, or even reactively, creating a robust contact tracing program to protect their constituents, despite promises in April, $15 million in June budget allocations, and contact tracing being a well-established contagious disease tracking system for decades in the US.”

That is almost double from two weeks ago and it is only getting worse.

No one knows the progress the County is making in contact tracing because, as AZ Family reports, they are being secretive.

That is not acceptable and the people need to speak up and demand better performance and transparency from the Board of Supervisors and health officials so this health catastrophe does not fester further.

The people can not wait for November 3, 2020, to come so new people can be voted in to replace as Ms. Abboud said “the incompetent” leaders at the Board of Supervisors who dropped the ball.

The current leadership needs to rise to the occasion NOW before its too late.