A Good Night for Democrats and Schools in Arizona and Across the Country.

Home/AZ Elections, AZ Local, AZ Politics, Education, National Politics/A Good Night for Democrats and Schools in Arizona and Across the Country.
Previous Next

A Good Night for Democrats and Schools in Arizona and Across the Country.

The Virginia State Legislature has shifted back to Democratic control for the first time in a quarter-century.

Kentucky Attorney General Andy Beshear, despite an election-eve Trump, attended rally, appears to have defeated unpopular extreme reactionary Mark Bevin for the Governorship. Republicans did prevail in elections for the other state offices. 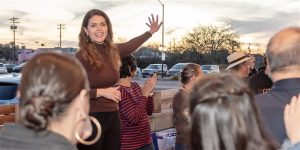 The first Latina Mayor, Regina Romero was elected in Tuscon.

In Arizona, most of the 50 school bonds and override measures appear to have passed, meaning children and educators will be getting much-needed assistance in the state’s public schools.

In what appears to be a rejection of extreme conservative reactionary policies and Trumpism (especially in the suburbs,) Democrats made great strides in advancing pragmatic progressive candidates and causes.

The apparent Beshear win in Kentucky should be giving Political Prince of Darkness, Obstructionist in Chief, and  Enemy of the People Moscow Mitch McConnell some pause. Whomever the Democrats nominate to run against him in the 2020 Kentucky Senate race has a way to win roadmap to follow.

The 2020 Election is 363 days away. There is a lot of work to do for Democrats and Progressive organizations to do in order to continue the electoral trends from the 2017, 2018, and 2019 cycles.