By Carolyn Classen|2020-03-08T09:05:19-07:00March 8th, 2020|AZ Politics|
The Editorial Board of Tucson’s daily newspaper the Arizona Daily Star has published their US Presidential endorsement for 2020, as former Vice President Joe Biden.  Biden was in this position for 8 years under 44th US President Barack Obama, and Biden was formerly a US Senator from Delaware for 36 years.  The endorsement is in today’s print edition, page A6.
https://tucson.com/opinion/local/star-opinion-joe-biden-should-be-the-democratic-nominee-for/article_aca76457-b216-5900-8a9b-450ff93bb9d0.html
There were many candidates running in the Arizona PPE, Presidential Preference Election slated for March 17, but now left are only Vermont US Senator Bernie Sanders, who ran for President in 2016, and Hawaiian US Congresswoman Tulsi Gabbard.  There will be a debate between these candidates in Phoenix on March 15 (see our Calendar listing), but Gabbard’s appearance is doubtful due to debate rules.
The other candidates have publicly withdrawn prior to today, based on the Democratic primary/caucus results  in Iowa, NH, Nevada, S. Carolina, and Super Tuesday (14 states including Texas and California, and American Samoa). 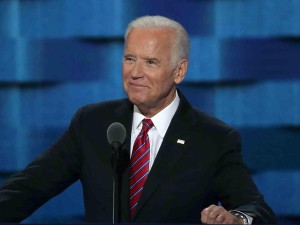 Vote wisely on or before March 17.  Early voting began on Feb. 19, so likely many voters have cast ballots for those no longer running. As of Super Tuesday, 44,000 ballots had been returned in Pima County.