While Donald Trump journeys to Arizona to meet with the few members of the Latino Community that will sit with him, Latina and Latino small business and political leaders hosted events on Saturday and Monday telling audiences why they intend to vote for Joe Biden and Kamala Harris this November.

Latina Small Business owners participated in a small roundtable this Saturday to convey what they feel a Biden/Harris Administration would do for the Latino Community.

In her remarks at the event, Senator Harris said “we were all in this together” and that she and Joe Biden were building a bipartisan coalition to bring Arizona to the Democratic win column in 2020.

She also relayed that:

After Senator Harris spoke, a panel of three Latina Small Businessowners discussed the business climate, COVID 19, and why they would support Joe Biden.

All three marveled at the growing importance of Latina small business entrepreneurship.

Ms. Rabago commented that: “Latinas are driving the economy. Most new businesses led by Latinas.”

Ms. Cazarez said: “Small businesses have so much untapped potential and we have learned to keep our eyes on the prize (success.)”

They all recognized that Latinas “have the power to change the course of the country and the world.”

They all expressed concerns about COVID 19 and what it has done to theirs and other small businesses in Arizona.

The Erunez’s relayed that it was difficult to put protective barriers up at their restaurant and they had to grabble with the increasing prices of supplies.

Ms. Cazarez, a caterer, had to reschedule many of her events because large numbered ones could not be held during this height of the pandemic. She recounted while most of her customers were agreeable, some were not.

Ms. Rabago told of the difficulties trying to take care of family and employees (who she also regards as family) when income has been reduced because of the pandemic.

They all expressed support for the Biden/Harris ticket because they felt Biden and Harris would:

Senator Rios slammed Trump for not treating essential workers well and for the suffering of Native American and Latinos Communities in her Legislative District (LD) because of his failed pandemic and economic responses.  She called the situation “a crisis of Trump’s own making and he needs to be held accountable.” 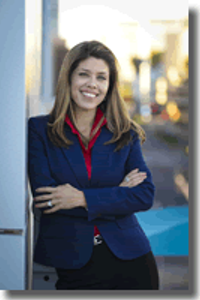 “I find it ironic that Trump will be sitting in the Grand Ballroom of the Arizona Grand [today] literally a stone’s throw away from the community of Guadalupe that I represent, that is made up entirely of Latinos and Pasco Yaqui Tribal members. A community that was devastated by Coronavirus, in large part because of [Trump’s] failed response to the pandemic […] So as he sits there in the ballroom, I wonder if he even has an inkling of what his failed response has done in real-time to the community right across the freeway from him […] The bottom line that many of us know is that Trump has abandoned Latino families. Joe and Kamala know the Latino community, and we know them. Trump has turned his back on Latinos every step of the way, he scapegoated Latinos every step of the way. Only with Joe and Kamala having our backs will we be able to build back better in the Latino community.”

Representative Sierra repeatedly called Trump a “snake oil salesman”  and blamed him for creating this disaster with his actions in disbanding the Pandemic group on the National Security Council and taking away the Virus tracking team in China.

He said that Trump has not treated the Latino Community as “expendable,” not “essential.”

Furthermore, the LD 19 State Representative said that “people are on the verge of economic disaster because Trump did not have a plan.” 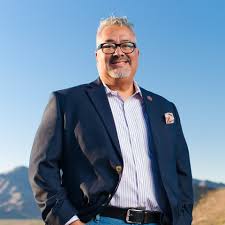 “[Trump] lied to the American people. He failed our workers. For President Trump who sees my community of essential workers, I don’t think he knows the difference between expendable and essential. And that’s what has made our community: expendable […] He must have seen the polls where he’s 10 points down in Arizona, trying to make up some sort of ground. And he’s trying to do that with Latino voters. He’s bringing his snake oil. It’s as if the payday loan companies are back here just trying to rip everyone off again. But President Trump — we see through your lies. We see through your incompetence. And we’re not going to take that […] We all know someone whose business has collapsed because of Donald Trump’s failure.”

Sierra also stated that “Biden will restore the soul of America and him and Harris have an agenda for the Latino Community” and “we are going to work hard to make him a First Term Worst President in U.S. History.” 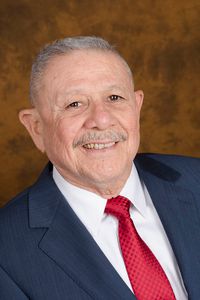 “The degree to which this President, in his policies, has chosen us to oppress […] And he’s continuing to do it. Today, as we sit here, the Trump administration is in the Supreme Court arguing that we should do away with Obamacare […] throwing millions of people off health care is not a solution. It is an act of hate and oppression.”

All three responded to reporters questions, stating that:

The Latino/Latina Vote, as a potentially dubious Florida poll may indicate, should not be taken for granted.

The Biden/Harris team and all Democratic candidates need to show that not only will they be the Anti Trumps but what they will do to move the Latino/Latina Community and the other parts of the country forward.

The Democrats need to let everyone know that, unlike Trump, there is a place at the table for them.

Saturday’s and Monday’s events are a step in the right direction.

UPDATE: The Trump Latino Roundtable Event apparently has few Latinos. AZ Central reports that the lines at the event include mostly maskless whites and one Q’Anon Supporter.

“According to reports on the ground, Trump’s Latino roundtable today has seen few actual Latino supporters, but has featured QAnon conspiracy theorists and is filled with maskless rallygoers. The QAnon conspiracy might be nonsense, but it’s proven to be dangerous and should be flatly rejected. The FBI has labeled the QAnon movement as a potential domestic terrorist threat, given that it has already been linked to violence. Trump and Republicans should spend more time helping Arizonans suffering from the pandemic and its economic fallout instead of embracing fringe ideas that have no place in our social or political discourse.”

Some outreach from the Trumpists.

To all people that still support Donald Trump: Goodbye Arizona.