Art Babbott wants to bring a Problem-Solving Approach to the State House as the Second Representative from LD Six.

Home » Art Babbott wants to bring a Problem-Solving Approach to the State House as the Second Representative from LD Six.
Previous Next

Art Babbott wants to bring a Problem-Solving Approach to the State House as the Second Representative from LD Six.

Two is better than one.

That is the option Democrats, Progressives, Independents, and like-minded Republicans in Arizona Legislative District (LD) Six have when they choose the next two people, they want to serve in the State House of Representatives.

The Republican Nominees Brenda Barton and Walter Blackman have demonstrated, through their positions and voting records that they do not represent the mainstream short- or long-term interests or concerns of the residents in LD Six and do not deserve their support this November.

The Democrats have nominated Flagstaff Mayor and businesswoman Coral Evans to run for one of the State House seats. If elected, she will represent the needs of the people.

Another option the forward-thinking voters of LD Six should consider for the second House seat is the Coconino Board of Supervisor Member and businessman Art Babbott.

A political independent with 15 years’ experience in many public service posts (the last eight as a member of the Coconino Board of Supervisors,) Mr. Babbott wants to bring a problem-solving approach to the State Legislature in part by being open to the ideas from both the left and right.

He will serve to: “work for the people and communities of northern Arizona, not outside money groups or special interests. I collaborate with a broad range of people, perspectives, and organizations to solve real problems and create opportunities. I will never accept contributions from corporate PACs or from special interest “dark” money. I work hard, for working people.”

Believing the Republican Party has stifled the opposition by restricting the number of bills they allow to the floor, Babbott said he would caucus with the Democrats as long as they do not behave like the Republicans on bill management.

If elected, he would pursue legislation in the areas of:

He has been endorsed by figures like former Senate Democratic Leader Steve Farley and organizations like Save Our Schools.

Mr. Babbott graciously took the time to answer questions about his candidacy. 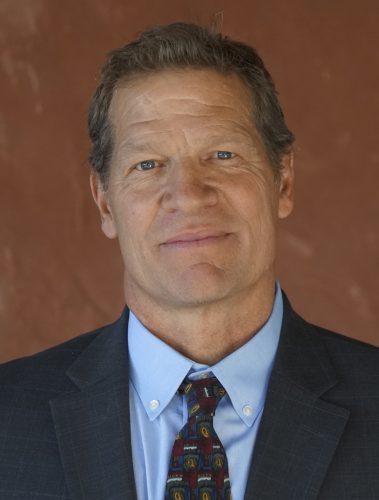 “I am not running against anyone in this race. I am running as a 15-year problem solver in local and county government and a quarter-century as a successful small business owner. I bring that experience coupled with the reality that partisan political hostage-taking and grenade lobbing are not solving Arizona’s problems. Too many party politicians are bought and paid for with Dark Money. I do not take any corporate PACs or dark money. I am clear. It is taxpayers, not political parties or dark money interests that pay my salary.”

“Politics as usual is producing predictably underwhelming results. The same set of characters that got us into our current political mess cannot get us out it. We have built two parties that do one thing very well: they put their party interests above problem-solving and creating opportunities. I will build an Independent bridge across that partisan divide, remember who pays my salary, and continue to solve problems that improve the lives of Arizona Citizens.”

The people have two excellent candidates to vote for when choosing their next State Representatives in LD Six. One of them is Art Babbott.

For more information on Mr. Babbott and his candidacy, please click on his website here, his Facebook Page here, his Clean Elections Performance here, and his appearance on the Jeff Oravits Show Podcast with the two Republican Nominees here.