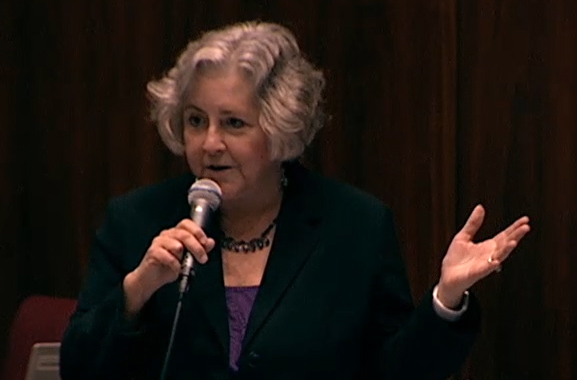 Rep. Pamela Powers Hannley introduced a budget amendment to use $55 million in federal funds for childcare subsidies. This would have cost the state $0.

What was the most disgusting part of budget night? When 100% of the Republicans voted down my amendment to use $55 million in federal block grant money earmarked for child care assistance.

This would have cost the state nothing, and it would have dove-tailed perfectly with the tiered reimbursement for childcare payments, which would give low-income parents extra funds for high-quality childcare. But, no.

The Republicans have taken $80 million out of childcare assistance since the Tea Party Revolution started giving money away. This $55 million would have helped restore some of those cuts.

If you think you are represented by a moderate Republican, think again. The “moderates” vote with the hardliners 95% of the time. Watch the video below the fold.