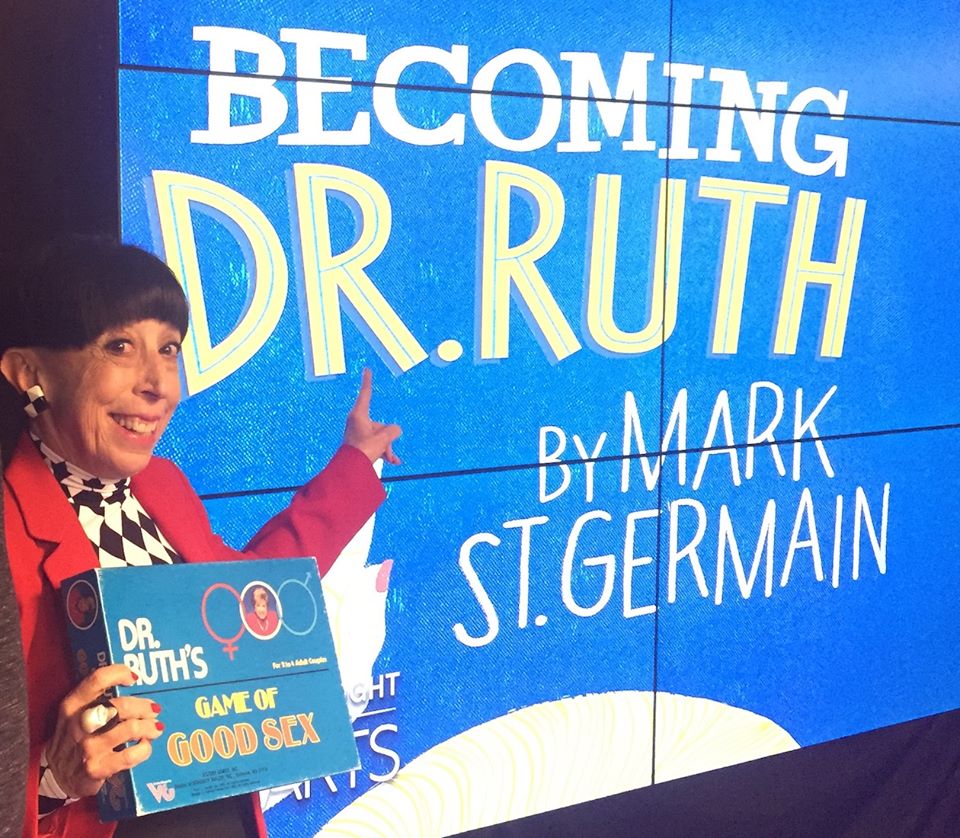 “Everyone knows Dr. Ruth Westheimer from her career as a pioneering radio and television sex therapist. Few, however, know the incredible journey that preceded it. From fleeing the Nazis in the Kindertransport and joining the Haganah in Jerusalem as a scout and sniper, to her struggles to succeed as a single mother coming to America, Becoming Dr. Ruth is filled with the humor, honesty and life-affirming spirit of Karola Ruth Siegel, the girl who became “Dr. Ruth”, America’s most famous sex therapist. (Arizona Premiere).” 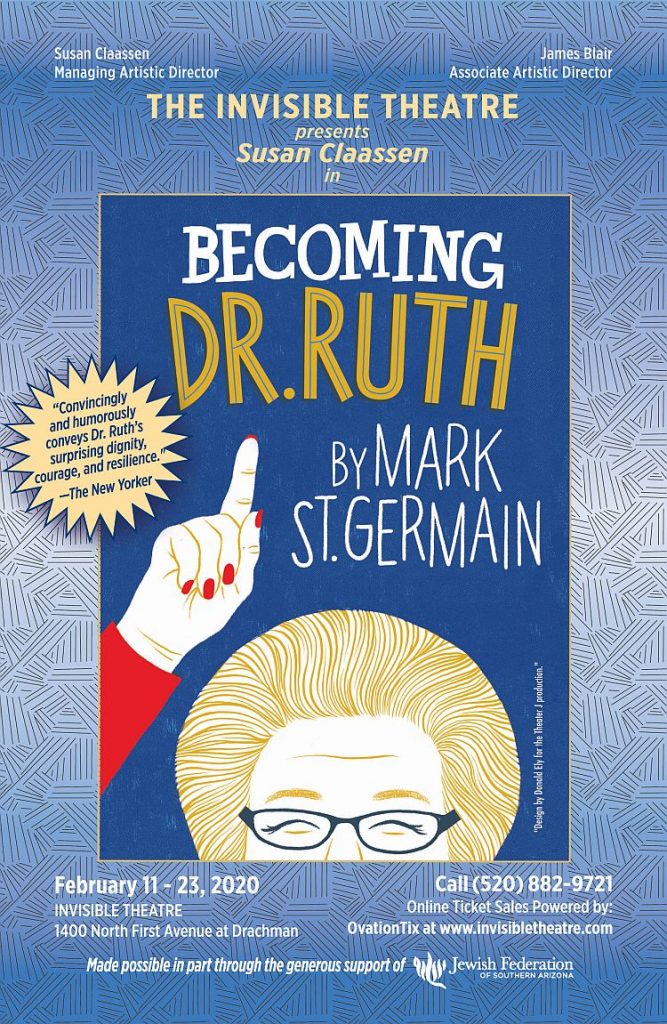 UPDATE:  Due to popular demand, this play has been extended through Feb. 29.

Carolyn’s Note: Dr. Ruth will be performed by my “cousin” Susan Claassen, who also married a man who last name was Claassen/Classen (literally son of Claus). She’s divorced now, but retained his name. Susan is known for transforming herself as an actress into her role, so do check out this play, Feb. 11 to 29 at her Invisible Theater in Tucson.