Reaction to Jeffrey Goldberg’s report in the Atlantic that Donald Trump has used vile comments against our bravest who gave their lives for their country and its ideals has met with condemnation from Joe Biden and many in the Democratic Party.

Ironically, Republicans, the party supposedly of national defense and security, have not come out en masse to condemn the President of Betrayals reported remarks.

The majority of the Goldberg piece has been confirmed by various news outlets including Fox News.

The most forceful denunciation of Mr. Trump’s remarks came from 2020 Democratic Presidential Nominee Joe Biden who angrily condemned them, saying his late son Beau, who served in Iraq “was not a sucker.”

The full excerpt from that portion of Mr. Biden’s remarks are below:

“Quite frankly, if what is written in the Atlantic is true, it’s disgusting. At affirms what most of us believe to be true, that Donald Trump is not fit to do the job of President, to be the Commander in Chief. The President reportedly said, and I emphasize reportedly, said that those who sign up to serve, instead of doing something more lucrative are suckers. Let me be real clear. When my son was an Assistant US Attorney and he volunteered to go to Kosovo, when the war is going on as a civilian, he wasn’t a sucker. When my son volunteered and joined the United States military, as the Attorney General and went to Iraq for a year, won the Bronze Star and other commendations, he wasn’t a sucker. The servicemen and women he served with, particularly those who did not come home, were not losers. If these statements are true, the President should humbly apologize to every Gold Star Mother and Father and every Blue Star Family that he’s denigrated and insulted. Who the heck does he think he is? Is it true? Well, we’ve heard from his own mouth, his characterizations of an American hero, John McCain as a loser in 2015. Donald Trump said he was not a war hero. I like people who weren’t captured. Well good for him. And his dismissal of the traumatic brain injury suffered by troops serving in Iraq, as mere headaches, not too long ago. He stood by failing. He stood by failing, failing to take action, or even raise the issue with Vladimir Putin while the Kremlin puts bounties on the heads of American troops in Afghanistan. It’s a sacred duty and you’re tired of hearing me say this. Those of you who’ve been covering me for years know. I get in trouble for saying it, but I’m going to say it again. We have many obligations as a government. We only have one truly sacred obligation. Equipped and support those who we send into harm’s way, care for their families while they’re gone, and care for them when they are home. That’s the only truly sacred obligation the government has. Duty, honor, country. These are values that drive our service members. It’s an all voluntary outfit. President Trump is demonstrated he has no sense of service, no loyalty to any cause other than himself. If I have the honor of being the next commander in chief, I will ensure that our American heroes know I’ll have their backs, honor their sacrifice. And those who’ve been injured will be in military parades. I’m always cautioned not to lose my temper. This may be as close as I come in this campaign. Just a marker of how deeply President Trump and I disagree about the role of the president of the United States of America.”

Gunnery Sergeant JoAnna Mendoza, a military veteran of over 20 years, who is a candidate seeking to defeat Q’Anon and fringe right-wing disrupter Vince Leach in Arizona LD 11, commented: 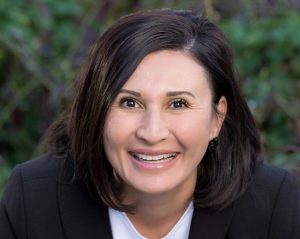 “As someone who spent over 20 years wearing the fabric of our nation, with several tours to Iraq and Afghanistan, it’s infuriating to hear the President dishonor the memory of our fallen and criticize our wounded. For half of my life, I wore a uniform with two names: one was the name I was born into and the other was the name of the family I earned the right to be a part of — my Marine Corps family. When I answered the call to serve, I became one of the keepers and protectors of our nation’s flame. A flame that has been strengthened by those who answered the call to serve our great nation and protect its people. I don’t need to wave an American flag every day to remind me of what’s in my heart. It’s imprinted on my soul. To hear the Commander-in-Chief utter disrespectful comments about our fallen and wounded has shaken me to the very core. What’s even more troubling is that he would lie about having made those comments. And in the 48 hours since, not a single Republican politician, including my opponent Vince Leach, has publicly condemned the President’s comments. Even worse, Mr. Leach has signed on to the lie, trying to claim that it’s fake news. Mr. Leach, like the President, claims to be patriotic. But our military service members and Veterans are not props to be used to boost a politician’s image. They think that posting a few images of Veterans or the American flag makes them patriotic. But true patriots speak out when they see something that’s wrong, they stand up for what they believe in, and they fight for those who cannot fight for themselves.” 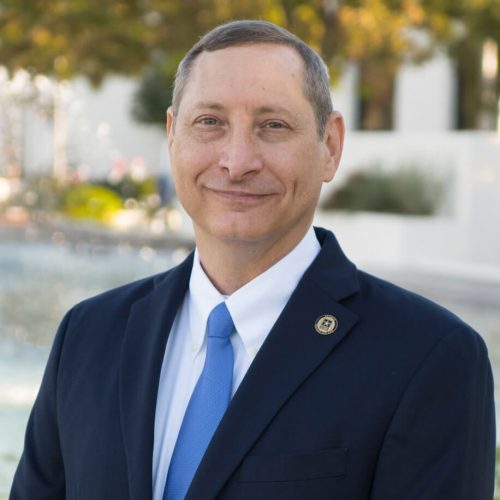 “I have grieved over friends lost who sacrificed their lives to defend our freedom. I have had my spirit lifted by the young women and men that dedicated years of their lives to support and defend the Constitution of the United States. I am profoundly disappointed that the Commander in Chief would denigrate the sacrifices made by the families who chose selfless service to the Nation over self-service and self-enrichment. It truly speaks to his character and his values. I am proud of my service, my family’s sacrifice, and deeply grateful we have had the opportunity to serve our Nation.”

Other leading Arizona elected officials and candidates vented their disgust on Twitter. Please read below.

I have 8 friends I served with buried in Section 60. I visit them frequently. I can’t imagine any human being walking and seeing how young they were and not understand their sacrifice. #notlosers https://t.co/3sVsZAHMzD

John McCain served and suffered selflessly for our nation. He was an American hero and his legacy – including all he did to help Arizona and the United States – deserves our respect. #AZ01

Arizonans expect our senators to have the independence to stand up to someone when they’re wrong — even if it’s a member of their party. Senator McSally failed to meet this standard with her silence on the president’s comments about veterans, servicemembers, and Senator McCain.

The president's words about Senator McCain have always said far more about his own character than the Senator's. None of it will ever change what he means to the U.S. Navy, Arizona, our country, or me. We remember him as a hero.

I really am so angry at the total disrespect for our #Military & our #Veterans, by Trump & his sycophants who are silent on his remarks, like @RepGosar. It's hard not to go all out & cuss like a sailor right now. My father, uncles, brothers were not "losers" or "suckers". #WakeUp https://t.co/8ngVU6H4WH

When @RepAndyBiggsAZ votes against veterans, or doesn't defend our service members, is it because he believes they are 'losers and suckers' as Trump does?#HireJoan #AZ05https://t.co/QABDPGu1rT https://t.co/Zb5OUTrCwg

John McCain was an American hero.

Our veterans, fallen and living, are American heroes.

These brave men and women make immeasurable sacrifices so that the rest of us can sleep safely in our beds at night.

They are heroes. Full stop.

He has a well documented history of attacking military members and their family.

Members of the American Military have chosen to serve and protect the people of this country including its leaders.

Even if it means sacrificing their lives.

They deserve a Commander in Chief who appreciates that and values their role in making this country great.