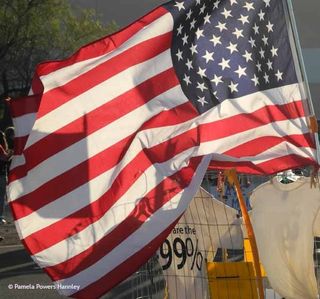 Tucson is one of the most impoverished cities in the country—for many reasons. The Arizona Legislature—driven by the American Legislative Exchange Council (ALEC) and short-sighted, “small government” ideology—has routinely swept funds earmarked for counties and cities to "balance" the state’s budget or fund pet projects like lower corporate taxes.

Beyond the Legislature’s negative impact on Baja Arizona, the Tucson economy is not diversified enough. Manufacturing is nearly non-existent in Southern Arizona. There is an over-reliance on defense spending, University of Arizona spin-offs, tourism, low-wage service jobs, and growth/development. During the Great Recession, multiple income streams for our local economy were dramatically reduced or eliminated—resulting in the loss of hundreds, if not thousands of good-paying jobs due to budget cuts, business closures, and the housing market crash. People and jobs left the area.

In August, the Arizona Daily Star ran a week-long series on multiple aspects of poverty in Southern Arizona and just this week, the Star ran a story that stated Tucson was second only to Detroit in the proliferation of crappy, low-wage jobs. In a survey of 52 metro areas with over 1 million residents, Tucson was in the top 10 for job creation; the problem is that more than half of the projected 28,000 new jobs will pay less than $13.84/hour. (If you really want to be depressed, check out the list of Tucson's fastest growing occupations here. None of these jobs requires a college education. Thanks to TREO's efforts, telemarketer is #1. Thanks to Tucson's ample supply of old folks, the next four most popular jobs are low-wage health/caregiver positions. We won't break the cycle of poverty in this city with a jobs picture like this.)

Public Banking as an Economic Engine

Public banks are owned by the citizens and managed by a board of directors on behalf of a governmental entity (country, state, county, city) for the benefit of the citizens and the collective good. Commercial banks are owned by investors, and their goal is to make money for those investors. As we learned during the Great Recession, "public good" has nothing to do with it. North Dakota is the only state in the US that has a state public bank; consequently, ND weathered the Great Recession without a hiccup because it manages its own wealth and relies less on Wall Street gamblers than other states, like Arizona.

State banks (like North Dakota's) or national public banks (like Costa Rica's) are economic engines because they manage the government's money and create their own credit — thus eliminating bank fees and freeing the state to fund projects for the public good, like infrastructure projects that improve the state and provide good-paying jobs. Infrastructure improvements (better roads, reliable bridges, light rail) make the state more economically efficient and a more attractive place for businesses and people. Good-paying jobs attract a better educated workforce and boost the economy because people have money in their pockets. State banks can foster local business development and help community banks by backing the community banks' loans to LOCAL small businesses, farmers, or entrepreneurs.

Public banks can also help the economy by offering low-cost student loans or by buying up personal debt (ie, credit card debt, student loans, underwater mortgages) and excusing it or restructuring it. This would be similar to what the Rolling Jubilee– part of Occupy's Strike Debt group– is doing. Rolling Jubilee recently purchased $15 million in personal debt for $400,000. Focusing primarily on medical debt, Rolling Jubilee helped more than 2600 Americans in 45 states by buying their medical debt and excusing it.

How does this benefit the public good? People who are spending a significant amount of their income each month to pay off debts cannot afford to buy the things they want or need– like houses, cars, childcare, health insurance, food, etc. They are supporting the lending institutions– primarily too-big-to-fail banks– with their monthly payments, but this money is lost to the local economy. Let's assume a middle class American is paying $200 on a credit card, $100 on a student loan, and $300 on a car loan each month; that is $600 per month going to Wall Street Banks and not to the local economy. If this person is making less than $15/hour and working less than 40 hours per week at a call center that doesn't provide health insurance, they are living on the edge of catastrophe if they or a family member gets sick or has a serious accident. High debt + high interest rates + low wages = poverty, crime, drug trafficking, addiction, domestic violence, suicide. If you add a medical emergency or life-threatening diagnosis to the mix, lives can spiral out of control quickly, and people lose hope.

Public Banking Can Help the State Economy, too

By Arizona statute, all of our state's wealth is held in a big commercial bank—Bank of America, at this time. Consequently, Bank of America makes money by creating credit on our money and charges the state fees and interest. Sweet— for Bank of America– but not for the citizens of Arizona.

Establishing a public bank in Arizona could vastly improve Arizona's budget problems, according to Jim Hannley, registered investment adviser, local public banking advocate, and head of PDA Tucson's economic and social justice team. For two years, Hannley, PDA Tucson Chair and former Arizona Legislature Phil Lopes, and others in Progressive Democrats of America's (PDA) Tucson Chapter have been meeting with Arizona and Tucson politicians to encourage support for public banking. In 2013 alone, Hannley has addressed groups like Sustainable Tucson, Democrats of Greater Tucson, Drinking Liberally, and the Tear Down the Walls Conference to drum up grassroots support for public banking.

Arizona's Republican-led government parrots the same economic austerity meme as Republicans on the national level, according to Hannley. The meme goes like this:

To have a solid economy, people need purchasing power. Points 3 and 4 of the Republican austerity meme take money out of the hands of ordinary citizens, thus reducing their purchasing power and hurting the overall economy. (If you're making less than $13 an hour as a home health aide, how can you afford a $12 glass of wine at one of the gleaming new bars on Congress Street?) Continued sequestration cuts (which Congressional Republicans want to keep) and cuts to direct social programs which help millions of Americans (like Food Stamps) will worsen poverty nationwide.

So, how could establishment of a public bank help? Under the current system, Arizona has lost the ability to create credit and has transferred this power to a private company– Bank of America. Before the Wall Street crash, the too-big-to-fail banks were lending money at a rate of $30 for every $1 in their vault, charging interest on that $30, and making money on our money. Since our state's money is held by Bank of America, all of Arizona's wealth is invested on Wall Street– not in the State of Arizona. By contrast, North Dakota has had a public bank since 1919. ND is one of the few– if not the only– state in the US whose economy was not destroyed by the Wall Street meltdown and the housing crash. ND also has one of the lowest unemployment rates in the US.

The Bank of North Dakota holds all of the state treasury funds and is an economic driver for the state. Each state collects taxes and receives millions of dollars in matching funds from the federal government for health care, roads, schools, and many other initiatives that promote the public good. In most states (like Arizona), those funds are held in large commercial banks– not state banks. The Bank of North Dakota holds that state's funds, manages all large transactions, invests in public works projects to create jobs and better the state, and guarantees loans to students, farmers, small business, and entrepreneurs. Arizona, by contrast, is beholden to Bank of America.

Arizona currently has a $60 million debt, which we pay interest on– thus transferring our wealth to the private companies who own the debt. To help balance the budget– after the crash– the State of Arizona sold off assets, like the State Capitol buildings; now the state must pay rent on buildings it used to own. In addition, in 2012 the Arizona state employee pension plan (which is invested on Wall Street) recognized a $524 million loss on pension fund. Contrast this bungled financial picture with North Dakota's. For fiscal years 2011-2013 ND projected $3.197 billion in revenue and $3.185 billion in total expenditures, giving it more than a $12 million budget surplus. ND has a reserve balance of $1.237 billion. These budget figures include $900 million in property and income tax relief from 2009 to 2013. The Bank of North Dakota makes money by using surplus funds to make loans to businesses and citizens. According to Hannley, the Bank of North Dakota has greater than a 13% return on equity.

In 2012, Tucsonans passed a bond initiative to fund road repairs. The voters approved a $100 million bond, which the city paid a fee of $1 million to create. With an authorized interest rate up to 8%, the city could pay as much as $8 million per year in interest over the 20-year bond. If Pima County or the State of Arizona had a public bank, the city could borrow from the public bank at a lower rate to pay for road repairs and save millions of dollars. Tucsonans would save money on the municipal bond, and the state would make money on the interest. Under the current system, municipalities like Tucson have to pay higher interest rates to Wall Street bond managers, while the State of Arizona's sits at Bank of America—making peanuts for Arizonans.

Twenty states are considering establishing a public bank, according to the Public Banking Institute's website. Arizona is listed as one of those states because in 2012 Rep. John Filmore introduced a public banking bill in the Arizona Legislature; the Apache Junction Republican and small businessman worked with PDA Tucson on the initiative. PDA Tucson continues to be committed to this cause.

"It’s time to cast off our addiction to Wall Street banks," Hannley said as he ended his talk.

Facts from the Public Banking Institute

Public Banks are …
• Viable solutions to the present economic crises in US states.
• Counter-cyclical, meaning they are capable of reducing the negative impact of recessions, because they can make money available for local governments and businesses precisely when private banks decrease lending.
• Potentially available to any-sized government or community
able to meet the requirements for setting up a bank.
• Owned by the people of a state or community.
• Economically sustainable, because they operate transparently according to applicable banking regulations
• Able to offset pressures for tax increases with returned credit income to the community.
• Ready sources of affordable credit for local governments, eliminating the need for large “rainy day” funds.
• Required to promote the public interest, as defined in their
charters.
• Constitutional, as ruled by the U.S. Supreme Court

… and are not
• Operated by politicians; rather, they are run by professional
bankers.
• Boondoggles for bank executives; rather, their employees are
salaried public servants (paid by the state, with a transparent pay structure) who would likely not earn bonuses, commissions or fees for generating loans.
• Speculative ventures that maximize profits in the short term,
without regard to the long-term interests of the public.