Senator Bill Frist outlined the contents of his immigration proposal: Over the next six years, my bill will add nearly 15,000 additional border protection agents to augment the 20,000 Customs 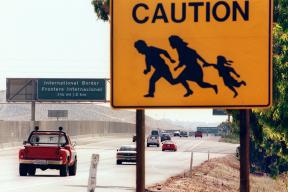 There has been some talk about differences between two key Arizona Democrats, Napolitano and Grijalva, over strategy and policy concerning border reform. The dust emanates from the AZ Daily Star’s recent interview with Grijalva and some comments made to Bajo El Sol. I wasn’t very clear on what the hubbub was about, so I went back and read the interview more carefully. Because I overlooked some of the implications, I thought it might be useful if I posted what I found for others.

Grijalva is clearly very annoyed, but it is because he is concerned that the Governor’s proposal could harm efforts at comprehensive border reforms, not so much because he opposes her specific policy. He sees a prominent border-state Democratic Governor stepping up with a purely enforcement policy as a betrayal of the political goals of the Hispanic community.  He clearly thinks she went off the Democratic message of comprehensive border reform. Let me quote at length from the interview. 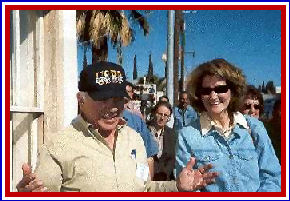 Tom Tancredo (R - CO) and Bay Buchanan (sister of Pat Buchanan, director of the American Cause, and the manager of Pat's Presidential campaigns) came to Tucson on Friday in support of Randy Graf's unending campaign for Congress in CD8. The Bay and Tom show isn't just a one-off for Graf's benefit though, it is a national tour called the "Secure America Now" tour. Sound familiar? It should. It taps into the same issues and supporters that Arizona's "Protect Arizona Now" initiative did. At the breakfast one could find many of the same people who worked on PAN, not the least of which was Randy Graf himself.

"Secure America Now" is the road show for Team America, a Political Action Committee dedicated to border issues founded by Tom and Bay. Only by understanding the significance of the SAN tour and the history of the Buchanans in American politics does the full significance of the tour's stop in Tucson really have a useful context. Randy Graf is only a small part of the story.