Arizona Secretary of State is reporting that the Special General Election for CD 8 (unofficial) results are: 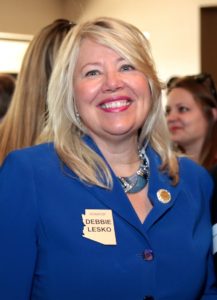 Voter turnout was 38.3 % of the 455,660 registered voters in CD 8.  This vacancy occurred when long-time Republican Congressman Trent Franks resigned in December, 2017 after allegations of a $5 Million request he made of his Congressional  aide to have his surrogate child.

Debbie Lesko is a former State Senator and Rep. from LD 21.  Dr. Tipirneni  is a political newcomer, an ER doctor and an immigrant from India.