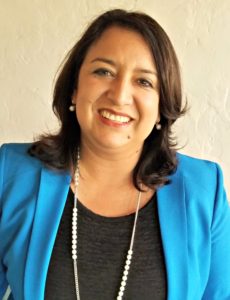 Over cups of coffee and water at the Tucson Café Passe (the bratwurst is good as well), Democratic Attorney General Candidate January Contreras, a fourth generation Arizonan, described the reasons she is the right person to lead the state’s justice department starting in January 2019.

An experienced jurist and advocate, Contreras, a wife of 24 years and mother to two sons, has an extensive record of public service. Mentored (and still guided) by former Attorney General, Governor, and Homeland Security Secretary Janet Napolitano, she has served as a Deputy County Attorney for Maricopa County and Assistant Attorney General. In these capacities, Contreras prosecuted criminals, people, and entities that committed health care fraud against vulnerable citizens like the elderly in nursing homes.

Furthermore, under former Governor Janet Napolitano, her duties also included policy advisor and serving as the Assistant Director at the Arizona Health Care Cost Containment System (AHCCCS) where she fought proposed cuts to the system. Joining Governor Napolitano at the Department of Homeland Security during the Obama Administration, Contreras helped establish the Council on Combating Violence against Women and served on other task forces designed to further advances for women and children.

Contreras believes that public service should be about the “little guy and democracy.” The people, especially the most vulnerable, need to be protected. Public office should not be about targeting people based on their beliefs or orientation. Serving should not revolve around helping the private interests who fill campaign coffers with dark money. Running for Attorney General, Contreras wants to restore the office to one where pragmatism, impartiality, and protecting the constitutional rights of the people would become the norm again.

If elected to that office, Contreras promises to be beholden to the people. Among the issues she will fight for while being the states chief law officer are:

Contreras’ campaign has received sizable grassroots support. One organization, the Democratic Attorney General’s Association has collected responses for close to 6,000  potential volunteers. Her fundraising efforts are reportedly exceeding her opponents (current Attorney General Mark Brnovich) 13 times over. To date, she is running unopposed for the Democratic nomination and she can campaign without the right or the left of the party pulling her in different directions. One has to remember that it was not very long ago that the last woman who occupied the Attorney Generals Office would become governor of the state. That did not turn out badly for Arizona. Maybe lightning will strike twice for the Grand Canyon State.

For more information about Contreras, please visit her website at www.januaryforaz.com

David Gordon of Tempe is a history teacher and author of the Progressive Bull Moose blog. He wrote several articles about the RedForEd protests.