Democratic Takeover of the State House and Senate appears within reach

Home/AZ Elections, AZ Politics/Democratic Takeover of the State House and Senate appears within reach
Previous Next

Democratic Takeover of the State House and Senate appears within reach

That does not mean they do not have credible journalists who offer objective observations, insights and reporting.

Recently they published an analysis of the Legislative districts Democrat Krysten Sinema won in her 2018 bid for Jeff Flake’s Senate seat and extrapolated based on that data, that if those margins are matched or just a little bit higher in 2020, Democratic momentum may yield victories in Legislative Districts 17, 20, 28, and possibly number 6.

They note that Republican State Senate Victories in LD 17 (where Steve Weichert nearly beat the then incumbent State Speaker of the House J.D. Mesnard) and 28 (where incumbent Kate Brophy McGee won the seat by less than 300 votes over her challenger Christine Marsh) were narrow and with Individual One on the ballot in a Presidential year, are prime for turning over. The same can be said for the Republican State House Seats in Ld 17, 20, and maybe six. This writer would also include LD 23 where Eric Kurland is running again after losing by just three points in 2018. Also, as the Blue Wave spreads into the eastern part of Maricopa County, Legislative Districts 12 and 16 may present opportunities for Democratic gains in either in 2020 or 2022 at the earliest. 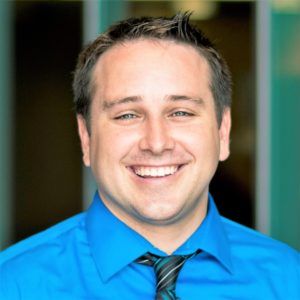 “2020 offers Democrats the best chance to take the majority in the state legislature. We have an opportunity in both the senate and house to have wins that will give us the majority. As we saw in 2018, Democrats can win anywhere. We are recruiting our strongest field of candidates ever that will lead us to victory next year. Think of all the positive changes in the state we can make if we have the majority. It’s going to take hard work but we can do it. 2020 is the year we have been waiting for. I’m very optimistic about our chances.” 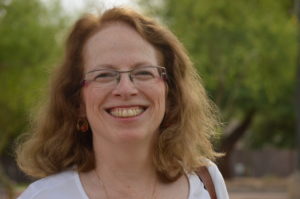 “Although we had hoped to capture a legislative seat in LD-20 during the 2018 election cycle, we were very pleased with our contribution to the US Senate race by having the most precincts to flip from Trump to Sinema. Due to volunteer excitement and fundraising, we are well poised to flip the legislature in 2020. We’re excited to make gains in 2020 where we can improve our state with education funding, healthcare coverage for low-income individuals, stop the attack on citizen initiatives, and more. 2020 is going to be the year of LD-20!”

Turnout is key if the predictions made by Daily Kos are to ultimately prove accurate. If Democrats match or exceed the turnout 2018 levels, even despite Reactionary Republican attempts to thwart it, Arizona will be more of a blueish purple, in 2021 with possible Democratic control of the House and Senate in the state (and hopefully Washington as well along with a new Democratic President.) Voters should not lose sight of what is at stake and not become complacent or apathetic. Every election is important and Democracy and progress do not occur if the people do not exercise their right to vote and turn out.