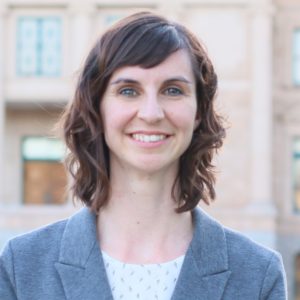 United on the issues, Democratic candidates for Superintendent of Public Education Kathy Hoffman and David Schapira relayed why they would be the best nominee to face four Republican challengers, including current Superintendent Diane Douglas.

Meeting at a special Clean Elections-sponsored edition of the PBS news show Horizon, both Hoffman and Schapira blasted Governor Ducey, Superintendent Douglas, and the Republican-led state legislature for failing Arizona’s children and schools. Hoffman also added the elevation of Betsy Devos to Secretary of Education as a cause for concern for Arizona’s educational community. Both candidates want to make sure every child in the state receives a “first-rate education.”

The future starts in school 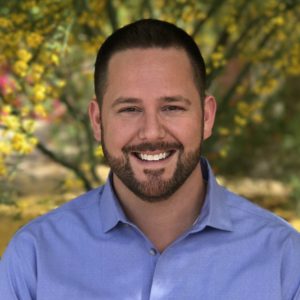 Saying, “Arizona’s future starts in our schools,” Hoffman relayed that she is running primarily to ensure that all children, including English-language learners (ELL) and special education students, are well educated. The woman’s movement following the election of President Trump and DeVos in the Education Department also motivated her run.

Schapira, a fourth generation Arizonan, commented that, of the two candidates, he is the most experienced having been a teacher, school administrator, school board member, and legislator to become the “first educator in 24 years” to become Superintendent.

United on the issues

On the issues, both candidates expressed wide agreement:

There were no real disagreements during the exchange as much as each candidate brought up individual points. Hoffman feels that the law mandating English-only should be repealed. Schapira said religious studies could be offered as an elective to meet the wishes of families who want to hear the theory of intelligent design discussed.

In her closing arguments, Hoffman repeated the view that “Arizona’s future is in our schools.” Schapira, calling attention to a vile video broadcast by State Representative David Stringer where he said “there were not enough white kids to go around,” celebrated the great diversity and cultural richness of our student population.

Both candidates, as evidenced by their presentations and in profiles conducted a couple of months ago, by this writer for Blog For Arizona, exhibit the vision and goals necessary to turn our educational system in the right direction with the assistance, hopefully, of a newly elected Democrat Governor and a Democrat legislature. Please pay attention to the race as it proceeds through the primary and general election period. Links to Hoffman and Schapira’s websites and their profiles are below. Both candidates are worthy of your consideration but Mr. Schapira, even with Ms. Hoffman’s passion for educating all children,  has the educational and leadership experience to defeat whomever the Republican selects as their nominee (Ms. Douglas has three challengers and poor fundraising results thus far) and better lead the Department of Education at this time.