If money is any indication, Democrats may perform very well in the November 3, 2020 elections two weeks from now.

While it is common knowledge that Senate Candidate Mark Kelly and Congressional House District Six Nominee Dr. Hiral Tipirneni have regularly trounced their opponents Martha McSally and David Schweikert one fundraising quarter after another, Democrats in Arizona’s battle to gain control of the State Legislature have, according to the Elections Funds Portal, generally outpaced their Republican opponents in the money game in several Legislative Districts (LD’s.)

Democratic Incumbents in LD’s the party is defending for the first time like Jennifer Pawlik (LD !7,) Jennifer Jermaine (LD 18,) and Aaron Lieberman (LD 28) are also besting their Republican counterparts.

The only potential concern, based only on fundraising totals, for Democrats, may be incumbent Dr. Geraldine Peten from LD Four.

In the competition for the State Senate, the prospects also look bright for the Democrats.

Even in the cases where the Republicans did out fundraise the Democrats in the Senate like LD Six (Colonel Felicia French) and LD 28 (Christine Marsh,) both Democratic challengers were on a solid financial footing, and their candidacies are considered among the prime potential upper chamber pickups for the party.

“All eyes are on Arizona Democrats. Our candidates are breaking records and driving unprecedented momentum, and these numbers clearly show that people are ready for new leadership. The grassroots work and energy that we’ve invested in these districts is paying off. As Election Day nears and the excitement continues to build, Democrats are poised to win majorities in the Senate and House this November.”

Brittany Oliver, the Communications Director for the ADLCC was asked to comment on a series of questions concerning the state of the race for the State Legislature.

The questions and her responses are below.

Several of the Legislative Candidates in competitive contests offered their views of the races with two weeks to go. 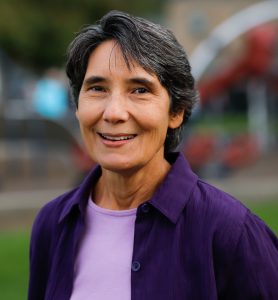 “As the only nurse running for state Senate, it’s clear to me that the long-standing inequities in health care, have only deepened as a result of COVID-19—especially here in Northern Arizona. We’ve seen that broadband and internet access must be treated as basic utilities (just like electricity and water). Otherwise, we’ll leave our rural communities even further behind, not only in access to quality preventative care through telemedicine but also in education and jobs.”

“As a third-generation Arizonan, a 19-year resident of Pine, and someone who’s walked the entirety of LD 6 as part of two-month-long 800-mile Arizona Trail hike, I’ve heard firsthand from thousands of voters their concerns about COVID-19’s impact on our families’ health and well-being, our children’s access to schooling and our economy.”

“The results of 2020’s election could not be more critical, for the future of Arizona—everything, from healthcare coverage for pre-existing conditions (especially during a pandemic with rampant unemployment), and the quality of our public education and strength of our economy, to the future of our land and limited water resources—it is all on the line.”

“That’s why with only two more weeks to go, our campaign has redoubled its efforts to reach out to as many voters as possible in what is one of the tightest races in the state.” 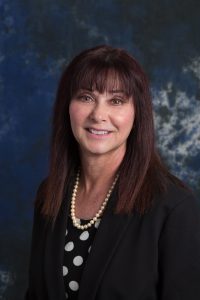 “Legislative District Eight has never seen this much energy and enthusiasm.  As the first traditionally funded candidate I am now happy to report I have raised over six figures, more than any Democrat in this area, ever.  We are blazing new trails and creating more excitement than ever before.  It has been a very long time since this rural/suburban district has seen such a Democratic surge.  To the north, San Tan Valley is booming with over 100,000 people, and communities such as Casa Grande and Coolidge are growing and changing.  Farmland is being replaced with solar and alternative fuel car companies like Lucid and Nicola are calling us their home.  We are ready to flip a state house seat which will add to the Democrat majority for the chamber for the first time since 1966.  As a healthcare provider, I have always called communities like the one I will represent, home.  I’ve cared for migrants who pick strawberries and lettuce.  I have worked where there were corn and soybean fields surrounding my house.  And now I call this district with cotton fields my home.  People are ready for a change in many ways.  They are ready for legislators who put them first.  Widening I-10 is not what will keep our families strong and safe.  Expanding healthcare and fully funding public education is key to the future of people’s lives.”

“Our campaign is texting, calling, lit dropping, and reaching out to our voters every day in every way.  I will not stop until November 3.  I learned how to speak Spanish working in clinics and the ER.  I felt I needed to be able to speak to my patients in their language which showed I cared.  So here we go, flipping an LD Eight House seat blue!  Si, se puede!” 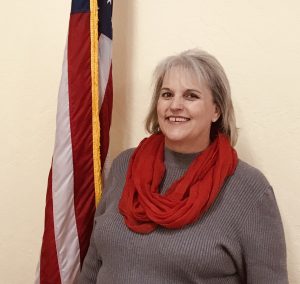 “I have been so inspired over the past year, by the people I have met across Legislative District 22 who desire the same things that caused me to start this campaign: a single job that pays a living wage, with healthcare that actually covers their medical needs; a fully funded public education system, with accountability and transparency for all agencies receiving taxpayer money; and representatives at the Arizona Capitol who take their elected positions as an honor and duty to the entire community, who are also bound to a Code of Conduct that restores trust in those who elected them.  I did not go looking for this job, but as a native Arizonan, grandmother, mother, and educator, the failure of the current elected officials in my district could not be ignored.  It is clear, by the number of ballots that have already been received by the Maricopa County Recorder’s Office, that voters are ready for this election.  They are more informed, less tied to any party, and committed to voting their values.  I cannot wait to wake up on November 4th and get to work making the next positive impact for all residents of Arizona.” 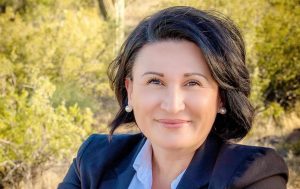 “In mid-September, the Arizona Democratic Legislative Campaign Committee announced that it was adding District 11 to their list of flippable Districts and investing additional resources into our race. This investment is a reflection of the hard work of our campaign and the dedication of so many folks who joined our fight. And the momentum continues to grow!”

“This year, we finally have a real chance to flip District 11 and the Arizona State Legislature for the first time since 1966. We’re just two seats away in the House and three in the Senate – and we are up for the challenge. In the Primary Election, we saw historic voter turnout in District 11 and we’re confident that the General Election will produce similar results. We’re two weeks from the most important election of our lifetime, and thousands of voters across Arizona are casting their ballots right now. Even in the middle of a pandemic, folks across Arizona and in District 11 are turning out in record numbers to vote early and by mail. And many of them are the swing voters we need to win and flip this seat.”

“This election year is like no other. Folks in District 11 are ready for a change. People are paying attention and they’re ready to use their vote as their voice. No longer will we remain quiet while our communities are ignored, neglected, and suffering. It’s time to hold self-serving politicians accountable – politicians like Senator Vince Leach.”

“Throughout our campaign, we’ve proven what can happen when we come together. We know what’s possible when people who have gone unrepresented for years finally rise up and say, “Enough is enough!”. This is our time. This is our moment. We must come together and win elections that people say can’t be won. Beating Senator Vince Leach in November will take everything we’ve got, but we’ve seen what’s possible when people show up for what they believe in. Get out and vote like your lives and our democracy depends on it – because it does.”

They are doing well in the money game

They have excellent and well-qualified candidates running for these LD seats.

Most importantly, these well-funded, excellent and well-qualified candidates have compelling personal messages, champion issues closet to the people’s hearts like providing better healthcare and well-funded public education, and embrace a governing philosophy that will take Arizona residents and the state forward.