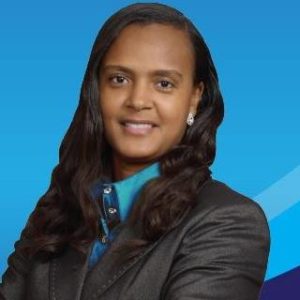 The sense of entitlement and stench of corruption from Republican representatives in Arizona LD 12 has not lessened since last summer.

Recent news reports and activities at the Arizona State Board for Charter Schools have revealed that LD 12 State Representative Eddie Farnsworth has used his position in the State House to set up a “Banana Republic” system where legislation he has supported or objected to, has enabled him to earn $11 million for the sale of his Ben Franklin chain of charter schools to a 501(c)(3) corporation that will pay Mr. Farnsworth a consulting fee for his services. 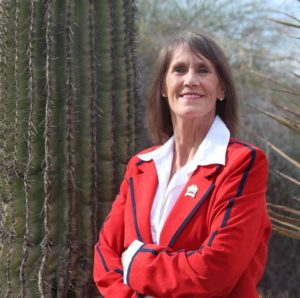 Benefiting from one’s position in elected office is very unethical and unseemly. It appears, unfortunately, to be normal operating procedure in the Arizona State Legislature under Republican stewardship as Dark Money special interests dictate what legislation and policies will be considered and what will not. It has come to the point where Democratic Senate candidate Elizabeth Brown contends that Republicans and their Dark Money benefactors “consider it a sin to help others,” “not caring” about those in need while actively promoting corporate welfare schemes and policies to assist businesses. She refers to this behavior as belonging to individuals with “depraved hearts.”

Meeting at the same IHOP as before, both Democratic House candidate Lynsey Robinson and Senate candidate Brown sat down and relayed what their campaign message is for LD 12, a district that includes all or parts of Gilbert, San Tan, and Queen Creek. Their plans, along with the other Democratic candidate Joe Bisaccia whom they have canvassed with, to beat the entrenched ultra-conservative interests of Eddie Farnsworth, Travis Grantham, and Warren Pedersen.

Both Brown and Robinson said education, Dark Money/corruption, and health care were the main issues. Interestingly, border security is hardly brought up by the LD 12 residents that have spoken to us. Ms. Brown has also emphasized water conservation and environmental protection as major issues needing urgent consideration.

Elizabeth Brown: “When I let people know who I am running against, they are not happy he (Farnsworth) is making money off the back of taxpayers.”

Lynsey Robinson: “It depends on who we are talking to. Democrats are 100 % behind our views. Independents are mostly on our side. Republicans not aware (of the corruption of the incumbents) but then they pause when it is brought to their attention. I am working to educate the voters on Pedersen (who is connected to Charter School corruption: his family owns V.I.P. Homes and they are part of the charter school community (he builds them). There is more attention on Farnsworth. The voters need to know that both Petersen and Farnsworth enrich themselves when they oversee legislation.”

“He is funded by the people who fund Farnsworth and Pedersen.”

Both candidates said that they are trying to reach as many voters as they can by introducing themselves and talking about the issues that concern them and educating them on the corruption and what they stand for.

Comments are based on what both candidates said. Farnsworth and Grantham showed up at a Clean Elections Debate. Pedersen did not. Maybe he does not care about facing constituents. Farnsworth came across as arrogant, condescending and chauvinist and Grantham helped him. Farnsworth was defensive about what he did with Ben Franklin, disputing comments made by the challengers. Farnsworth referred to Ms. Robinson as “the young lady at the end of the table.” Ms. Robinson thinks he spoke that way because “he had forgotten my name.” Farnsworth also went the “fake news” route, saying everything the Democrats said was untrue.

Farnsworth said teachers should be punished for politicizing at school. The Republicans did not say anything about finding veterans jobs that pay well and proper medical and homelessness services. Brown and Robinson said that veterans “need good medical care and they (Farnsworth and Grantham) seemed oblivious.” They both went after Farnsworth for selling his charter school chain, saying he did it “because the federal government made it illegal for for-profit charter schools to receive monies from the federal government, leaving out that he is still going to be a paid consultant and that he is selling to a 501(c)(3).

Elizabeth Brown: “What is wrong with caring about social issues? What is wrong with caring about others? The Republicans make it sound like it is a sin to help others. We want to help people who are less fortunate than we are. Everyone deserves an education. We all hear we have to pull ourselves up with our own bootstraps. However, we are not providing boots like education.

“We have a real problem on how we stigmatize those on individual welfare but not corporate welfare socialism. Our local farmers depend on those subsidies.  They are vital for the local economy and keeping healthy meals on our tables. Taxpayers want their tax dollars to pay for these subsidies and invest in our future not to subsidize venture capitalists.

“Taxpayers are paying funds that are supposed to pay for vital services and invest in the future not subsidize venture capitalists. They just adjourned rather than authorize free money ($56 million) for poor kids. They just don’t care about the poor. This is not about socialism. It is evil to treat neighbors, fellow Arizonans and Americans with depraved hearts”

Elizabeth Brown: “There is so much to be done. Our state is in such disarray on education, water, ethics in our state government, and dark money. If we do not work out the water issue, every Arizonan will be under tier one strict water usage. Nothing will matter if we do not address this issue. We have to be more careful of the houses: go solar.”

Lynsey Robinson: “Where do we begin? Our policies are in such a state of disrepair for our citizens. It is hard to know where we begin. We must take the four of most pervasive issues and tackle them at once:

Elizabeth Brown: “Having drama and the other arts in our schools is important for kids to be creative and should be preserved in schools. I have been a Girl Scout leader and neighborhood director, giving young women guidance on being strong and independent. I love to travel the state because I love the people in Arizona.”

Lynsey Robinson: “For me, so far, my professional life has been one of public service whether as a teacher or legal aid attorney fighting for those who needed access to justice. I am at home when I am serving others. I understand the challenges of school choice and wholeheartedly will ensure that parents still have that right. I have a duty if elected to protect the parents who make those alternative choices to ensure the standards are the same as traditional public schools. I am heartbroken that five children have committed suicide in Queen Creek High School and Republicans legislators could not find funds for more counselors in our schools.

The residents in Arizona LD 12 have been plagued by years of entrenched and inflexible, reactionary and conservative elected representation who have put personal advancement and Dark Money Interests before the needs of the people. Lynsey Robinson and Elizabeth Brown (along with fellow Democratic State House nominee Joe Bisaccia) are giving the voters what they have lacked on a consistent basis in this district, a choice. For the first time in recent memory, there is a full slate of Democratic candidates running against the Republicans. This sets up a battle between Democrats who want to serve the people’s interests versus Republicans who want to please special monied interests. The voters in Arizona LD 12 should strongly consider the candidates that will serve them when voting this year. If there is going to be a Blue Wave in Arizona, vibrant and energetic Democratic candidates like these three should be supported.