A recent letter writer in the Arizona Daily Star complained that if the federal minimum wage bill goes through ($15 an hour), a fast-food worker in a small town will make $30,000 a year and that this will be almost as much as a teacher or nurse. Unfortunately, the letter writer didn’t understand that because of Prop 206, the minimum wage here in Arizona as of this January is $12.15 per hour. The writer also misunderstood what Prop. 206 is. 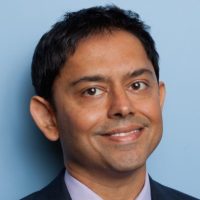 The world’s leading expert on the Minimum wage and the World’s leading authority on its economic effect — Professor Arindrajit Dube of the University of Massachusetts — was once, as he likes to recall, a retired burger flipper. His new research on the minimum wage is that the evidence of those risks from raising the minimum wage is not very high. There are a lot of rewards in lowering the poverty rate. Professor Dube claims there’s been a lot of low-quality research both for and against raising the minimum wage, often sponsored by groups with a stake in the matter, including labor unions and employers.

One theory for why minimum wage hikes don’t cause much, if any, job loss is that employers pay low-wage workers less than they’re worth when they can, and those workers are still worth keeping on the payroll even when their wages are forced higher. Yet, is $15 an hour too high? It could more than double the current federal floor of $7.25. The increase would be more challenging in parts of the country where median wages are lower and in low-wage sectors such as restaurants and hospitality. (Arizona’s current minimum wage for 2021 is $12.15 an hour).

Professor Dube’s study found that increases in state minimums didn’t hurt employment even in low-wage states. And even if a higher minimum wage does kill some jobs, as Dube says, “it still shows it can still be worthwhile if it raises incomes of low-wage families overall.”

By mixing politics (liberals being for the minimum wage, and conservatives against) will never solve the real problem. And always relying on political skirmishing around any legislative question based on ideology, especially an economic one such as the minimum wage, will never result in a fair and equitable outcome.

Based in Oro Valley, my main focus is financial affairs, taxation, and reading more than 90 books a year mostly about history, current affairs, and monetary policies. I have a special emphasis on the meltdown for 2008 & 2009 and have conducted extensive research on gerrymandering and Ronald Reagan’s tax policies.