It’s 1/1/21, and the beginning of an auspicious year, when Democrat former VP Joe Biden, an experienced US Senator and Vice President, will take over the helm as 46th US President, from probably the worst US President in recent history, Republican Donald Trump (who has yet to concede). Also remember that the US House of Representatives voted in favor of 2 articles of impeachment against Trump last December 18, 2019 (abuse of power & obstruction of justice).
The US voters  also elected the first woman Vice President, former US Senator Kamala Harris, of Asian/Black ancestry.  Barack Obama was the first (half) Black President, and maybe someday Kamala Harris will be the 2nd Black US President. And the first Asian one.
So there’s lot to celebrate this year, and hopefully the end of the COVID-19 pandemic with the vaccine available to those who want it. Perhaps herd immunity will also occur, and the disease will die off due to a lack of human hosts.
And, best wishes to our readers and donors for the New Year (of the Ox, in Asian zodiacs).  So if you were born in the Year of the Ox (1925, 1937, 1949, 1961, 1973, 1985, 1997, 2009), this is your year to celebrate. The ox came in 2nd in the race of 12 animals for the Chinese Emperor. Amazing for the slow moving ox. Seems to me there were other faster moving creatures such as the tiger, rabbit or dog. 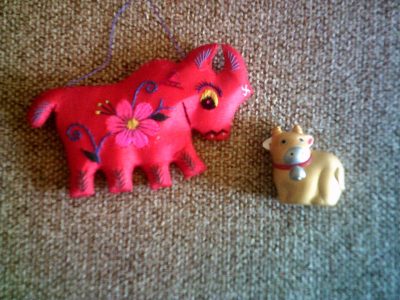 Year of the Ox, photo courtesy of Albrecht Classen