Kelli Ward is so Extreme that Republican Donors have Run Away.

Home/AZ Politics/Kelli Ward is so Extreme that Republican Donors have Run Away.
Previous Next

Kelli Ward is so Extreme that Republican Donors have Run Away. 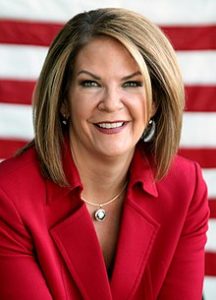 Yesterday (April 23, 2019), Arizona State Republican Chair (and extremist reactionary) Kelli Ward shocked most political observers when she announced her support for an increase (half a penny) in the state sales tax to help fund the State’s public schools.

Why this seeming turnaround from the Republican extremist? Why is this attempt to present her as more moderate and agreeable (at least to all the Republicans)? Could it be because she and her closet advisors realize that she is currently not presentable, due to her past reactionary views and beyond the mainstream campaigning for the United States Senate, to most donors to the Arizona Republican Party?

One of the reasons for this funding downturn may be that donors are “turned off” by Ward’s history of extremist abrasive behavior and performance towards the party mainstream and worry that in her current position, that the party could become more reactionary and dogmatic than it already is.

Another reason may be that donors are also surveying the “political winds” and see Arizona as no longer a reliably red state but purple with a more empowered Democratic Party that can boast of increasingly larger blue spots on the Grand Canyon State Map. Some of these donors may, after seeing the rising reactionary temperament of the Trumpist-Republicans (personified by the Republican State Party Chair,) not be as discriminating in the past and want to give to both sides in order to “hedge” their bets.

When asked to comment on the funding plight of the State Republican Party, Maricopa County Democratic Chair Steven Slugocki said, “While we watch the Republicans become more and more extreme and tying themselves to an unpopular President, we are focused on our job and getting ready to make history in 2020. We have an incredible group of candidates that are going to lead the way to turn Maricopa (County) blue. We have a job to do and we are laser-focused, regardless of the AZGOP.”

Regardless of why donations to the State Republican Party have slid, Democrats across the state need to take advantage of the financially weakened and sanity challenged one time Party of Lincoln and focus, as Maricopa Chair Mr. Slugocki alluded to, on the prize of gaining more seats in 2020 and 2022 by recruiting stellar candidates and raising the needed resources to accomplish those ends.