Kelly Ward and Andy Biggs to share a stage with a Noted Anti Semite.

Home/AZ Congressional Delegation/Kelly Ward and Andy Biggs to share a stage with a Noted Anti Semite.
Previous Next

Kelly Ward and Andy Biggs to share a stage with a Noted Anti Semite.

They never go to the side of decency.

Arizona Republican Head Kelly Ward and Congressional District Five Representative Andy Biggs will once again cater to the fringes of the Trumpican Party (a case can be made that the Republican Party that Lincoln helped start no longer exists) and share a stage, as the Phoenix New Times reports, with noted Anti Semite (and former Fox commentator, now an investigator for the conspiracy theory loving Judicial Watch organization) Christopher Farrell at the First Annual America First Luncheon.

Republicans have moved so far to the right that known anti-Semites and White Nationalists (borderline Nazi’s) are welcome with open arms at events. Even before the KKK endorsed candidate emerged and won an Electoral College victory in 2016, America First, for those who studied history, referred to an American World War Two movement that emphasized Anti Semitism, xenophobia, pro-Fascist sentiments, and isolationism.

Remember last April, both Ward and Biggs spoke at a Gilbert event where representatives of both the extreme Patriot Movement and Arizona Patriots attended.

They apparently did not learn from the condemnation they both received after that event. 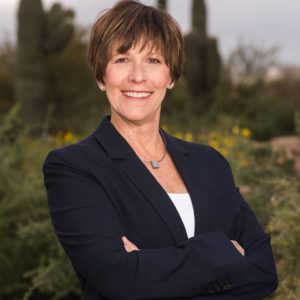 Democratic Congressional District Five 2018 Nominee and 2020 candidate Joan Greene, upon hearing about this upcoming event, issued a statement, commenting that:

“Anti-Semitic incidents in Arizona increased by 23% in 2018, the third year in a row with an increase of such incidents. Andy Biggs is supposed to be our leader and keep us safe, but instead, he is affiliating with extremist groups and conspiracy theorists. It is unacceptable for an elected member of Congress to spend time with individuals and groups that fan the flames of hatred, particularly at this moment in our country.

The people of Congressional District 5 deserve better, and together we will build a stronger and more inclusive community.”

The Citizens of this state deserve better than Ms. Ward and Mr. Biggs.

When will the people in their party finally say, “Enough is enough?”

When will the party of Lincoln return?