LD 12 Democratic Candidate Joe Bisaccia sees the 2018 Election as “A Campaign about the Future Versus the Preserving the Past.”

Home/Civil & Human Rights, COVID-19 & Healthcare, Education, Immigration/LD 12 Democratic Candidate Joe Bisaccia sees the 2018 Election as “A Campaign about the Future Versus the Preserving the Past.”
Previous Next

LD 12 Democratic Candidate Joe Bisaccia sees the 2018 Election as “A Campaign about the Future Versus the Preserving the Past.” 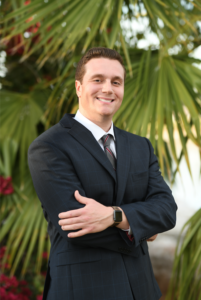 Over coffee and ice water at the Old Town Gilbert café Bergies Coffee, energetic and idealistic Democratic State House Clean Election Candidate Joe Bisaccia outlined his vision for how he would represent LD 12 if he won one of the two State House seats this November.

Bisaccia is one of many educators, inspired by the poor educational policies advanced by the reactionary Republican State Legislature along with the teacher-led Red for Ed Movement, who want to lead a pro-education campaign all the way to State House.

Arizona LD 12 includes parts or all of Gilbert, Queen Creek, and San Tan Valley. Eddie Farnsworth and Travis Grantham now represent the district in the State House. Mr. Bisaccia is one of three Democratic Candidates (the others being Lynsey Robinson and DJ Rothans) running to take one of those House seats. This is a great example of Democratic enthusiasm this election year because Democrats have not fielded candidates in the State House Race for this Legislative District in two out of the last three elections.

Bisaccia sees this race as “a campaign about the future versus the preserving the past” and is running on the issues of education, technology, jobs, and tax reform to advance a pragmatic liberal progressive agenda.

Who is Joe Bisaccia?

A native of New Jersey, Bisaccia, after careers in journalism, political activism, and technology sales, is a technology, robotics, and yearbook teacher at Cooley Middle School in the Higley Unified School District. Inspired to run in part by the Republican-led passage of the school voucher law at the State Legislature (a measure he calls “socialism for the super-elites”), Bisaccia is running mostly because education is not being adequately addressed at the state government.

Decrying the Republican program of trickle-down economics and continual tax giveaways that have made our budget (providing for a population of over seven million) the size of “Wyoming,”(a state with 500,000 residents). Bisaccia, knowing that decisions made at the state and local level impact people the most, pledges to fight to bring the state forward in education and technology. Understanding the methods of running an effective government, he also promises to pursue policies that show empathy for the needs of the people, serving the public good, and employing a problem-solving approach.

The most important component of Bisaccia’s platform is education, the topic he exhibits the most passionate about. He feels that the majority of the voters in his district feel just as passionately about schools as he does and that many will base their vote on who has the best program to revitalize our education system. His program for schools includes advocating for:

The Economy and Jobs that Pay Well

According to Bisaccia, the key to a vibrant economy and good paying jobs is a robust education system, which includes a fully funded community college system along with an emphasis on the technology and pedagogical fields.

He supported Proposition 206 and favors maintaining the provisions until 2020 when small businesses should have had “time to adapt” and then consider raising the minimum wage to $15.00 an hour.

Supports Obamacare (The Affordable Care Act) and wants it fixed with people able to enroll in the State Medicaid program as a Public Option.

He is a strong supporter of alternative energy sources and favors the Clean Energy for a Healthy Arizona Ballot Initiative. He believes that we should be the “solar capital of the world” and blames dark money interests for persuading legislators and State Corporation Commission members to cling to the coal, oil, and gas industries that are all dwarfed by the emerging solar economy.

Light and High-Speed Rail: Favors the expansion of light rail in cities and towns. Advocates a High-Speed Rail line from Tucson to Phoenix to Flagstaff to Las Vegas.

Broadband: We need to make sure that the whole state population, including all neglected rural and reservation areas, has access to a broadband rate of 4G.

Water Conservation: Saying the Governor’s water plan was “a joke,” we need to have wise planning that ensures a sustainable water supply with a growing population and a more industrial based economy.

“I support additional resources being appropriated toward affordable housing. This is especially important to my district as many young people–kids born and raised in the Southeast Valley–are being priced out of the housing market due to student debt and other financial burdens.”

“I also believe homelessness is an issue we need to tackle. Many homeless folks are veterans and or people struggling with addiction/mental illness. We need to treat these people with compassion and promote good policy to get them off the street and back to being productive members of society.”

Reform is needed with too many people incarcerated for minor offenses. Marijuana should be decriminalized. Police officers need to be respected and appreciated while ones that use excessive force or poor professionalism need to be removed.

Border Security and Parents of Dreamers

He sees only racism in the motives behind the proponents of the wall at the Southern border, maintaining that no one is calling for a wall with Canada. He thinks, that with the increases already in border security, there is no immigration crisis to confront and comprehensive immigration reform that contains provisions for security and pathways for citizenship for both the parents of Dreamers and those coming to border stations in a quest for a better life is a sound solution.

Fully supports. Will vote to ratify if elected.

A Woman’s Right to Choose

Endorsed by Planned Parenthood, he supports a woman’s right to choose.

He is opposed to both measures championed by the Republican State Legislature. Thinking Citizens United was a bad decision, he supports the Outlaw Dirty Money Initiative and favors publicly funded campaigns. He also endorses an easier way for citizen initiatives to be processed for ballot placement.

Like all the Democratic Legislative District Offices, LD 12 has experienced a surge in volunteers and a near quadrupling of Precinct Captains. This enthusiasm, caused by the Trump Presidency and Republican-led Congress, the Ducey Governorship and reactionary Republican State Legislature, and the energy behind both the Me Too and Red for Ed Movements, has carried over to the Bisaccia campaign.

Fully funded according to Clean Election guidelines and staffed with a dedicated core group of volunteers, he has launched a grassroots campaign consisting of door knocking and aggressive social media outreach. Mr. Bisaccia’s energy and enthusiasm demonstrate a passion that the Democratic Party in LD 12, devoid of Democratic representation in recent memory, desperately needs if Progressives are going to make inroads in the Phoenix suburbs of the East Valley this election year. He is a candidate voters should consider when voting this August and November. For more information on Mr. Bisaccia, the links to his website and Facebook page is below.