A moment of silence was held and a video of Richard Elias was shown today at their regular board meeting, plus a proclamation in his honor was read by Chair Valadez, proclaiming the month of April in Richard’s memory. Chair Valadez tearfully remembered the moments when he and Richard shared a laugh together over the years. Other board members and the County Administrator shared their thoughts and remembrances of Richard.

Then the Board decided to nominate former Pima County Housing program manager Betty Villegas to the District 5 seat.  Motion made by Sharon Bronson, seconded by Ramon Valadez and motion passed 3-1, with Supervisor Steve Christy (R) voting no.

Villegas ran for LD 3 Senate in Nov. 2018 and lost to current Senator Sally Gonzales. She retired from Pima County in 2018 after 23 years.  Betty will serve to the end of 2020. Several Democratic candidates have filed to run for the District 5 seat for the General Election, including TUSD Board member Adelita Grijalva and SUSD board member Consuelo Hernandez. 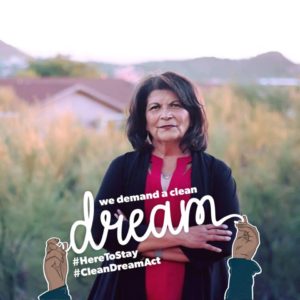 Congratulations to Betty, and good luck with your new position in Pima County.