Pledging to represent all the people in CD 6, Anita Malik has an economic message that all Democrats should emulate.

Home/AZ Congressional Delegation, COVID-19 & Healthcare, Education, National Politics/Pledging to represent all the people in CD 6, Anita Malik has an economic message that all Democrats should emulate.
Previous Next

Pledging to represent all the people in CD 6, Anita Malik has an economic message that all Democrats should emulate. 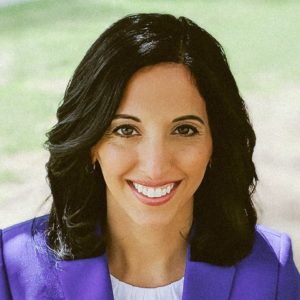 With over 150 enthusiastic supporters cheering on at the AZ CoWork in Scottsdale, Anita Malik, 2018 Democratic Nominee for Arizona’s Sixth Congressional District (CD6). entered the 2020 race for the House seat currently held by Republican Representative David Schweikert. She promises to finish what she started in the 2018 campaign and create innovative and progressive solutions.

A technology entrepreneur and journalist, Ms. Malik performed well in the 2018 elections taking what many considered a safe Republican seat and made it competitive. In 2014, Mr. Schweikert won the CD 6 race by almost 30 points. In 2016, he prevailed by almost 25 percent. In 2018, with Ms. Malik conducting an impressive campaign and Mr. Schweikert plagued by ethics scandals, the difference narrowed to ten percent on Election Day. Vowing to “pick up where we left off,” Ms. Malik pledged, if elected, to “represent every voice, not just corporate donors” and invest in people rather than treating them as “numbers and question marks.” Introduced by Master of Ceremonies Jodie Galassi and her husband James Miller, the people in attendance were captivated when they said that they (the supporters) would “make the wind that will carry her (the kind and gentle storm) to Washington D.C. in 2021.” They were moved when her husband recounted how her first campaign was decided, like most family issues, at the “kitchen table.” They were excited when he introduced his wife, calling her “your champion and David Schweikert’s worst nightmare.”

In announcing her candidacy, Malik disputed the rosy economic scenarios presented by Schweikert and the President, pointing out that most people faced:

● Tax policies that take away deductions that grow the middle class.

● Having to work two or three jobs.

● Wage discrimination if they are women.

Saying, “We are about people,” Ms. Malik stated that she would campaign to promote programs that invest in:

● School Safety and sensible gun control legislation that protects children rather than catering to the National Rifle Association like Mr. Schweikert does.

● Affordable Health Care for all, calling it, while connecting it to her families recent experiences, a right for all people.

Local, state and national pundits would do well to examine Ms. Maliks positive pragmatic progressive message and put to rest any accounts that Democrats do not know how to address the issues of the economy and how to grow the middle class.

Recognizing that she would have to campaign again for the Democratic Nomination, Ms. Malik, while calling primaries part of Democracy, took a veiled “swipe” at one of her primary opponents, the Congressional District Eight Democratic Nominee Dr. Hiral Tipirneni, stating that CD 6 is “my district” and “this is our movement.”

Anita Malik was a good candidate for the Democrats in 2018 and if she earns the nomination again in 2020, would prove a formidable opponent for the vulnerable Mr. Schweikert in this increasingly purple district. For more information on Ms. Malik and her campaign, please visit her website and Facebook Page.