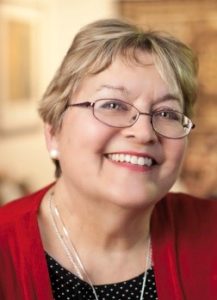 According to Dr. Janie Hydrick, the top three issues facing the community are public education (the number one issue), safety, and affordable health care.

Situated in their office at 725 East Guadalupe, District Chair Dr. Janie Hydrick and Webmaster Craig Falasco discussed the issues Arizona LD 18 faces this political season and the people-first goals they would like their candidates to pursue to move their community forward.

Encompassing parts of Ahwatukee-Phoenix, Tempe, Chandler, and Mesa, this mostly upper-middle-class district is where the main campus of Mesa Community College is located as well as technology powerhouses Go Daddy and Intel.

Describing the district as mostly centrist with streaks of both pragmatic and Sanders-style Progressivism, both Hydrick and Falasco contend that voter enthusiasm has exploded since the 2016 election with attendance at their January 2018 meeting showing a nearly four-fold increase from 70 to 240 attendees.

According to Hydrick, people are finding, thanks at first to Hillary Clinton’s Electoral College loss and later to the daily antics and policies of the Trump Administration, the benefits, and the necessity of active citizenship. Their enthusiasm has also grown with the recent Arizona Congressional District Eight results, feeling that the Democrats, with their platform, will be very competitive against the “entitlement reform” agenda of the Republicans in other areas that are less conservative and more diverse and inclusive.

Falasco cautioned that, even with a possible Blue Wave, Democrats have to do the little things that win elections like knocking on doors and making phone calls.

According to Hydrick, the top three issues facing the community are public education (the number one issue), safety, and affordable health care. Furthermore, Hydrick believes that a “quality education, a solid economy based on a work ethic and investing on people, and to restore the American Dream of solid income, a stable life, and retirement security is the key to satisfying the needs of the people in their district.

The District passed a resolution supporting the teacher walkout that started yesterday. Hydrick stated that the Governor and the Republican legislators supported tax cuts instead of fully funding schools. She also maintained that the Republicans had no idea of what was going on in schools and their ideas for solving the school funding issues involved taking funds out of other areas that vulnerable citizens depend on.

Among the other issues the leaders of the LD district took positions on are:

They support full disclosure. The people should know who is contributing to a candidates campaign.

They support a living wage for everyone because no one can support a family on a Minimum Wage.

They support massive investments in infrastructure from roads to school repairs. They want the Republicans to stop raiding the Highway Trust fund so they can justify their tax cuts. They also want union workers hired to complete the projects.

Gun SafetyCiting the need to get away from a gun-centered culture, they support sensible gun control legislation such as background checks, waiting periods, and the doing away of open carry.

According to Falasco, Dreamers should be allowed to stay and support for that crosses party lines. Furthermore, they feel that Dreamers, since they are residents, should be entitled to pay in-state tuition.

They support this amendment and oppose any legislative measures or attitudes (disparities in pay and work) that “controvert” the E.R.A.

According to Hydrick, the goal of economic planners should be to “invest in people and the economy will get better.” Everyone moves up when investments are made on people. Investments in affordable and accessible health care, increased state aid to colleges to reduce tuition rates, and a quality public K-12 school system is examples she offered of putting people first. Hydrick remarked that the “Republican-led Government is undermining our future” with their policies.

Both Hydrick and Falasco conveyed that local races are of more importance to people than state and national races because decisions with immediate impact are made at that level such as those finalized at the local city council, school or utility boards. They are also the first level to build a bench of progressive public servants that could progress through the ranks of government service. Seeing what happened to Democrats during the Obama years at the local level, if all districts, like LD 18 focused on developing and vigorously promoting local centrist-progressive candidates, then a Democratic majority in the State Legislature is attainable.

For more information on AZ LD 18, please visit their website at  https://ld18democrats.org/