What would Tucson do without smart activists with tenacity and good computer skills? I recently received an update on the Ronstadt Transit Center redevelopment project– complete with drawings and a project timeline– not from the City of Tucson but from a local transit watchdog who has been following transit-related decisions for years. 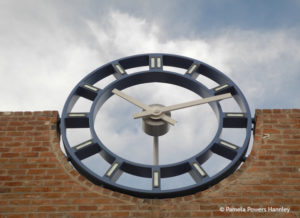 Remember the entrance to the Ronstadt with the brick arch and the clock? That will be another hotel, according to the drawings.

The redevelopment of the Ronstadt Transit Center will be on both the Transit Task Force agenda for Monday, October 7, 2019 and on the Mayor and Council Agenda for Thursday, October 10, 2019.

More background and links below the fold.

Here is the background I received from local transit watchdogs…

This MONDAY (10/7, 3pm, 201 N Stone) the Transit Task Force will get an update from Peach Properties, the development company that’s ready to finalize an agreement with the City of Tucson to finally get moving on the downtown transit center project. Meeting details are in this packet. Scroll to Item 6 to find the Ronstadt project documents that are now available. On Oct. 10 the Mayor and Council are set to discuss and likely approve the agreement, so look here for fuller documentation still to be posted. Note that that’s a THURSDAY council meeting.

This e-mail list started more than six years ago to keep interested people informed and to encourage public input about plans to redevelop the Ronstadt Transit Center site. It has expanded to cover lots of other transit topics, but one of the questions I hear most often is still “What’s happening with the Ronstadt Center??” I haven’t written an update in a long time because–although Peach representatives have attended Q&A sessions with several community groups, and the M&C have met in executive sessions along the way–I’ve had no new and definite timelines or plans until now.

Background information
City staff people have done a commendable job of maintaining this website on the Ronstadt Transit Center Joint Development project with background info on the project and many layers of links to full documentation of proposals, meetings, and public comments all along the way. Even just the first page gives a good overview. Special thanks to Rebecca Ruopp for her diligent work on the site and for facilitating community input.

What’s in the packet for Monday’s TTF meeting

The meeting is Monday, Oct. 7, 3:00 p.m. (usually until 5:00) in the 4th-floor conference room at 201 N. Stone Ave.
Also on the agenda are an overview of the RTA reauthorization process and a discussion of what kind of improvements can or should be made to the Ronstadt Center in the short term, since a completed development is still several years away. Audience members can address the task force either at the beginning or the end of the meeting, so you can share your questions or comments about the plans.