Should Democrats discuss only one issue when they Debate?

Should Democrats discuss only one issue when they Debate?

With 24 Democrats now running for the Democratic Parties nomination for President, debates will be starting on June 26 and 27.

Per rules set up by the Democratic National Committee (DNC), potentially up to ten candidates will appear on the first night. It is possible up to ten others will appear the next evening. The three who least meet the polling or fundraising requirements (or both) will not get an invitation to attend.

Each debate will be two hours long. As observers like columnist Paul Waldman of the Washington Post have pointed out, each candidate technically would get, after commercial breaks, the beginning and ending pleasantries, and the usual attempts to hog time, about seven minutes maximum to present themselves to the American People.

That is not a way for the many people in this country to get their first look at the people vying to defeat the 2016 Popular Vote Loser and become the new leader of the Free World.

How can this dilemma be solved? 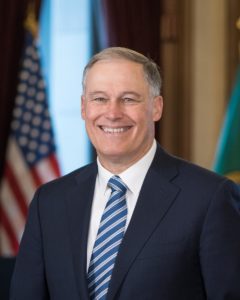 Washington Governor and Presidential Candidate Jay Inslee proposed a possible solution by calling for one of the debates to focus solely on the issue of Climate Change.

Inexplicably, even with a recent Australian paper, saying that our civilization may reach the point of no return in 2050 if climate change is not addressed NOW, the DNC rejected that idea.

That decision was shortsighted.

The people would probably get a more in-depth and accurate impression of the Democratic Candidates if they focused on one issue in each debate. Instead of 30-second soundbites followed by the customary pivots to other issues candidates hold dear, each person on that stage would have to articulate well thought out positions on a particular issue the American People want to hear more on.

In addition to climate change, the DNC could host debates on health care, fighting poverty and homelessness, civil and equal rights, law enforcement and the courts, creating the infrastructure and jobs of the 21st century, education, immigration and border security, leadership, trade, fighting corruption, Homeland Security and national defense, and foreign policy.

The American People deserve to know what the candidates for President really think on the issues other than soundbites.

Hopefully, the DNC will rethink their position on how to structure the scope of the questions during these debates and provide an opportunity for American Citizens to become better informed about the people aspiring to become the 46th President of the United States.

What could it hurt to try?