Did you know Lynsey Robinson, the Democratic Nominee for the State Senate Legislative District (LD) 12 had a Republican Opponent?

Or Mariana Sandoval in LD 13?

Or Judy Stahl in LD One?

Sandoval and Stahl, both of whom are single-shot candidates, technically have two Republican Opponents.

Well, voters in those districts may not have known that if they watched the Clean Elections Debates for all three Legislative Districts.

Link all the videos below.

What nominees are there to explain their views and their priorities if they are elected to the State Legislature?

What nominees did not think it was worth their time to have voters hear them explain their positions and contest the battle of ideas with their opponents?

Sadly, this is a reoccurring theme in Arizona Politics.

Republicans routinely thumb their nose at the people, counting on them not knowing any better, and thinking they will not pay for not appearing at these candidate forums.

2020 is the year to teach them there is a price to pay for taking their constituents for granted.

Commenting on her performance and the absence of her opponent at the debate, Ms. Robinson wrote: 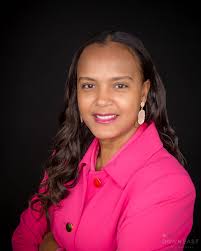 “My opponent Petersen, to my knowledge, has never participated in any of the Clean Elections Commission’s debates. He did not participate in the last cycle when I ran against him and he did not show up this election cycle; even though he could have done it from the comfort of his home, via zoom. While there are instances where a candidate can have a genuine conflict it does not appear to be the case here. Such conflicts should be communicated to the Commission, if for no other purpose, other than to show respect to the process and the voters. An elected official has a duty to make reasonable efforts to mitigate the damage with a well-publicized public appearance by way of a town hall or other medium to allow the voter access to their representatives; along with extending an invite to their opponent, as a courtesy. He has held zero town halls with the exception of one telephonic town hall he participated in (pre-pandemic) with Andy Biggs; and the voters were screened before they could ask a question. Voters have a right to hear directly from their elected officials and should have an opportunity to voice concerns about their community. Failure to show up without any regard to their rights as citizens is disrespectful and shows a total lack of regard for their concerns; it is “…contempt for the process and the idea of democratic representation.” -Andrew Yang”

“Particularly given the fact that Petersen is the House Majority Leader which places his parties votes directly under his influence and leadership. Compound that with the fact that we are facing a global pandemic with 400,000+ people unemployed and 5,000+ of our citizens dead; making his indifference to those whom he has taken an oath to serve cruel at best.”

“Rather than leveraging his position as Majority Leader of the House to galvanize his party to vote for a special session; he chose to make comments on social media stating, “We can Sine Die today if Democrats are not turds.”

“The voters have a right to ask why he did not fight to protect them during the biggest global pandemic in their lifetime. They have a right to know why he wanted to pack up and go home in May when the virus was predicted to peak in July. They have a right to leadership that looks out for their best interest. As between Petersen and I, it is literally the tale of two cities as I am his polar opposite. It is now up to the voters to raise the bar by sending a clear message that elected officials serve their citizenry when they vote him out on November 3rd.” 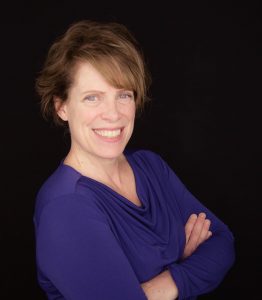 “My message to voters in LD1 is clear: I will be the voice in the Arizona House for all my constituents, and I will listen to all sides. Having the opportunity to connect with voters in the Clean Elections debate was an honor. More importantly, it was my responsibility as a candidate. Unfortunately, my opponents did not see it that way. Their decision to miss this chance to debate the many pressing issues that deeply affect LD1 and all Arizonans shows disdain for our citizens, a lack of confidence in their ability to defend their policies and a shamefully dismissive attitude regarding the importance of providing voters with the facts and information they need to make their decisions on November 3. I hope that by showing up I have proven to voters that I am a capable leader and that this encourages them to vote for me and only me on election day.” 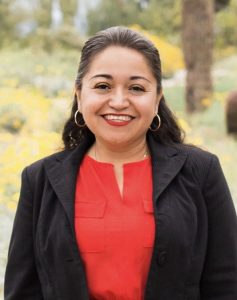 “Our elected officials are accountable to us the voters. When they choose not to show up, it speaks volumes. The Clean Elections Commission hosted a debate on September 14, 2020 and invited all LD13 candidates to participate. Since neither of our elected representatives (Dunn or Osborne) showed up, it turned into a Q&A. I invite you to watch and support our campaign because I am the only candidate that is going to show up for ALL of us working Arizonans.”

The Democratic candidates that showed up to the Clean Elections Debates are the ones that have an agenda that will help all Arizonans and move the state forward.

Republicans are so embarrassed by their positions and philosophy that they do not show their faces to the people during a public debate.

Voters need to be informed about what all the candidates stand for.

The ones that do not show up to inform the citizens do not deserve the people’s support.

Vote the cowards who have not shown up to these debates out on November 3, 2020, so they do not ever have to decide whether or not to show their faces in public again.