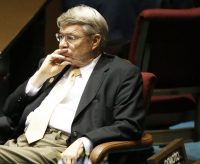 Leach conveniently left out that reduced income tax receipts (cutting the state income tax) also played a big part in increasing the deficit. But because of this shortfall, Republicans will have to rely on regressive taxes or income taxes to balance the budget.

Cuts on social services and education

What do we know about Arizona’s budget deficit and causes?

Budget surpluses and deficits rise and fall on tax revenue and spending. The Arizona legislature has been pretty good at keeping spending under control, especially when funding education and hoping to increase revenue by cutting taxes to corporations.

Unfortunately, cutting taxes doesn’t increase revenue either in federal or state budgets. Even if Sen. Leach is not correct that the budget defect is lower than $1 billion, how will the Republican-controlled legislature deal with the budget deficit, and who will be hurt the most?

One thing we can count on is “no new taxes.” So, with no new taxes (income taxes), what is left are cuts in spending (read: social services and education). According to the Institute on Taxation & Economic Policy (Oct. 2020), the four lower brackets will again pay more because of Arizona’s over-reliance on regressive taxes. This reliance on Arizona’s regressive taxes shows that the lowest income bracket pays 13% of their income, while the top 1% only pays 5.9% of their income. It goes to show that the lowest earners pay more of their income in taxes.

Here’s what most Arizonians can expect when the state legislature meets in January: cuts in social spending, cuts in education (or further raid on state trust lands), or increases in regressive taxes.

Regarding sales taxes, back in 2015 John Arnold, the Governor’s Budget Director, said, “business owe about $300 million in sales taxes that had been collected but not paid. But Gov. Ducey didn’t want to hire more auditors to check the books of businesses to ensure they are remitting what is due, according to the Arizona Daily Star. It sure seemed strange the Governor didn’t want to collect sales taxes that were paid by Arizona’s residents but kept by businesses.

But the looming deficit problem in Arizona is not unlike other states and even the federal government. All are affected by the causes of the pandemic. Arizona faces a lack of revenue from multiple sources — such as a drop in sales taxes, gasoline taxes, and the biggest of all drop in income taxes from workers who lost their jobs. Even seniors, who pay estimated taxes, will be paying less because the required minimum distribution for IRAs has been suspended this year. In the case of this taxpayer, we will be paying 75% less in state taxes.

So, it’s up to all Arizonians to let our state representatives in Phoenix know we expect them to raise income taxes on business before instituting more regressive taxes (that they may or may not collect) on the lower and middle class.

Based in Oro Valley, my main focus is financial affairs, taxation, and reading more than 90 books a year mostly about history, current affairs, and monetary policies. I have a special emphasis on the meltdown for 2008 & 2009 and have conducted extensive research on gerrymandering and Ronald Reagan’s tax policies.