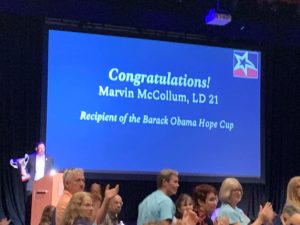 The 2019 Summer Maricopa County Democratic Convention at the Madison Center for the Arts in Phoenix was a fun event that had a little bit of everything. It had:

The speeches covered a variety of themes all linked to the goals of continuing to build the party foundation and infrastructure from the local level to the state and then federal stages, harnessing voter enthusiasm throughout the coming election season for every elected office, and winning every office in 2020 and beyond. 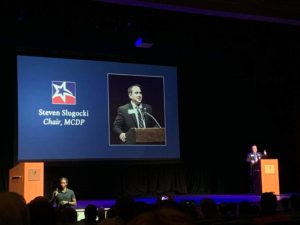 Chairman Slugocki showed, through a PowerPoint presentation, how the county party (which has representatives from 20 of the 30 state legislative districts (LD’S) has already been planning since January 2019 for 2020. He also illustrated, as mentioned earlier, how Democratic candidates, more energized than ever, have gone from just one at the county level in 2000 to ten in 2020. He also introduced his seven-month-old son to a cheering crowd as the Democratic nominee for Phoenix Mayor in 2060. 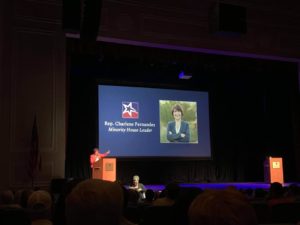 Minority Leader Fernandez reminded the audience of the gains Democrats made in local and state elections in 2018. She also said that voters were on the Democrats side on the issues like fully funding public schools, repairing crumbling infrastructure, achieving affordable health care for everyone, and guaranteeing equal pay, equal rights, and protecting the right to vote towards everyone. 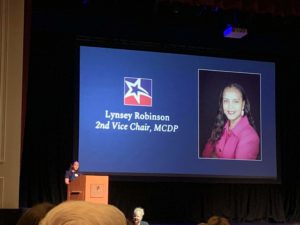 Both Edder Diaz-Martinez and Lynsey Robinson gave moving accounts of their experiences as Dreamers while calling for the need to talk to all voters and prepare for the next elections. Ms. Robinson said, “2020 is the best chance to take the majorities in the (State and National) Senate, House, and County offices.” 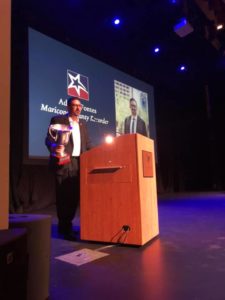 Maricopa County Recorder Adrian Fontes, the man with a voice like a Disc Jockey, told the audience that while national elections are important, the people “need to focus on races that affect everyday lives” like the County ones where the leaders decide on how to regulate the water you drink, the libraries that get built, the air quality of construction sites, the protection and availability of voting ballots and sites, and the selection of local school board members to vacant seats. 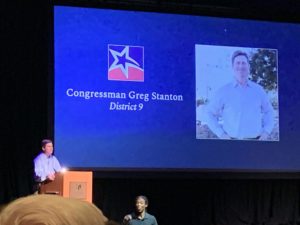 Former Phoenix Mayor and Congressional District Nine Representative Greg Stanton, picking up from Recorder Fontes, stating that the future Governors, Senators, and Representatives of Arizona will mostly start as officeholders in local county and legislative positions.

Stanton also went on to criticize Propositions 105 (Light Rail expansion) and Proposition 106 (Debt Management) as Koch Brother inspired ideas designed to cripple infrastructure and the ability to serve the public good, saying “We don’t need the Koch Brothers to tell us how to spend our money. I trust (current Phoenix Mayor) Kate Gallego and the Phoenix City Council.”

Finally, Representative Stanton contended that “Maricopa County is essential to Democrats winning” and he alluded that it may be the city that determines who wins the Presidency in 2020. 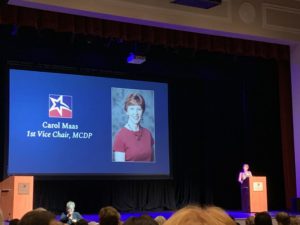 First Vice-Chair Carol Maas followed Stanton and emphasized the need to build the volunteer forces as “they are the backbone of the Democratic Party” because they are the people “that make sure the candidate wins.” 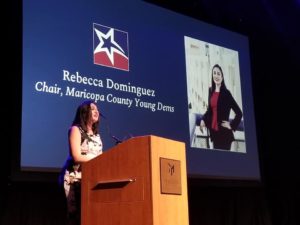 Stanton staffer and Maricopa County Young Democrats President Rebecca Dominguez emphasized the need for the party to reach out to the disenfranchised, the young, and minorities as well as those who vote on a regular basis. Furthermore, she said that the Democrats “need to earn the voters trust as well as their votes.” 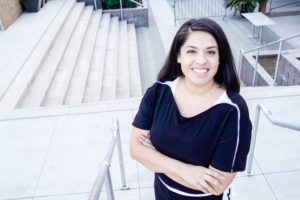 Maricopa County Democratic Party Executive Director Maritza Miranda Saenz gave the last speech of the day emphasizing the theme of “Doing the Right Thing.” She reinforced this by relaying, like Leader Fernandez before, that the people support progressive measures championed by Democrats. She concluded by saying “we need to push Democrats to do the right thing. We must win because current (Republican) leadership has not. We must do the right thing and the Republicans time is up.”

Chairman Slugocki then concluded the convention by saying “Let’s go win in 2020.”

Later, he commented that

“We had a great day filled with hundreds of dedicated activities, inspiring candidates and we were able to show the important work being done every day by MCDP. We know the job ahead is difficult but we are ready to lead the way to victory in 2020 across the county. I’m incredibly proud of the board, all the LD Chairs and the amazing staff of MCDP for putting together this fantastic convention.”

The Speakers at the Maricopa County Convention were right that local races matter and to ignore them is to do so at our own peril. For too long, voters never seemed to consider that who was the local constable or Assessor or member of the local school board could one day become a State Legislator or Governor or Federal Senator or appointed judge (for life.) Republicans realized this a long time ago. In 2018, Democrats by fielding candidates in every state and local race showed that they had learned the lesson.

In 2020, Democrats need to show that they did not forget what they learned over summer break and field candidates in every local, county, state, and national race because, with the devolution of the Republican Party into a White Nativist fringe clique, the nation’s future is at stake.

It is important that people that want an inclusive city or town, state, and county that moves forward and not backward remain engaged and involved, never losing sight of what could happen if they do not.