Photo courtesy of Pamela Powers Hanley In 1980 the Jimmy Carter people were thrilled to have Ronald Reagan as a general election opponent, thinking, wrongly as it turned

Cross-posted from RestoreReason.com. During his first inaugural address, President Ronald Reagan said “government is not the solution to our problem; government is the problem.” Grover Norquist, of the “no new

Crossposted from DemocraticDiva.com I love Michael J. Fox but good riddance to this cat. Stipulation: This post is about perception and the perspective of one person, namely yours truly. You

Not treating Cathi Herrod with the utmost politeness is exactly the same as taking rights away from people, according to Channel 12 anchor Cooney

Crossposted from DemocraticDiva.com Last Thursday, just two days after a midterm Republican sweep that left many liberals, including LGBT activists, in Arizona feeling devastated and worried the future of their 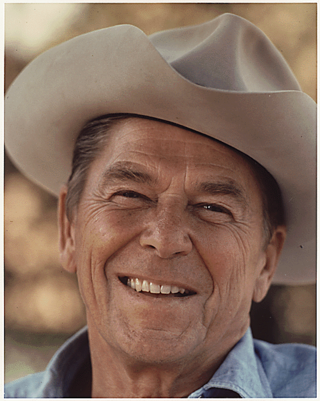 President Ronald Reagan has been elevated to God-like status by contemporary Republicans-- particularly those who still believe in trickledown economics, union-busting, Welfare Queens, the "vegetable" ketchup, and spending BIG BUCKS on the military-industrial complex, while taking food out of the mouths of children.

So, although the Gipper might agree in theory with the cannibals in the House of Representatives who are trying to destroy the social fabric of our country by denying food to the poor, he would not agree with their irresponsible tactic of repeatedly bringing the country to the brink of a shutdown just to make political points.

Check out this recording from 1987 (below) in which he scolds Congress for exactly the brinksmanship that his contemporary fans are pursuing now.