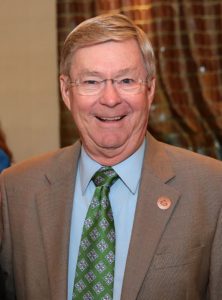 Legislative District 11 State Senator Vince Leach has been preoccupied with the affairs of Tempe, a city not part of his constituency, for the last two years.

LD 11 State Senator Vince Leach will not leave Tempe alone, which is odd because he does not represent Tempe or live anywhere near that city.

He has challenged Tempe residents twice in the last two years.

In November 2017, then State Representative Leach filed a 1487 complaint against Tempe regarding the city’s use of state-authorized GPLET incentives. The Attorney General’s Office determined the complaint was largely invalid. The remaining issue was never decided in court and the Attorney General offered to settle with the city.

In March 2018, Tempe voters, by a 91 to 9 margin, passed a ballot initiative that would require Independent Expenditure (IE) groups to disclose their spending if they spent over $1000 in a city election or ballot initiative. Representative Leach responded by steering a bill in the Legislature to countermand the will of the people and nullify the law. It should be noted that Phoenix overwhelmingly passed the same dark-money ordinance in November 2018.

Jump to March 2019, with now State Senator Leach asking Attorney General Mark Brnovich to look into whether Tempe violated the state law he helped institute last year, stating that it did not matter if the voters overwhelmingly approved that dark-money disclosure law.

Tempe’s Mayor Mark Mitchell and Vice Mayor Lauren Kuby highly value what the people, by a nine to one margin, overwhelmingly approved and strongly disagree with the actions of Mr. Leach. 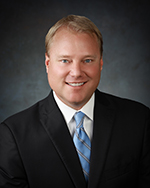 “As Mayor, I am dedicated to honoring the will of 91% of our voters who said in March 2018 that they want more disclosure of who is behind large contributions to our city elections. It is my privilege to stand for their right, as residents of a Charter city, to manage their own local elections. I am hopeful that the Attorney General will make the correct decision in this matter and we can move on. These baseless, repeated challenges to local control, by officials, not elected by Tempe voter, waste taxpayers resources and distract from the real work of cities and the state — serving our residents.” 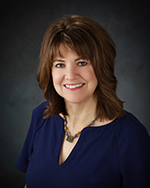 “Tempe’s City Council voted unanimously to refer the dark-money charter amendment to the March 2018 City Ballot. The ballot initiative passed with 91.44% of the voters deciding that they had a right to know who was trying to influence their local elections. How often do we see over 90% of the voters agree on any issue? The voters’ decision was as bipartisan as you can get in the public policy arena….To witness to the corrosive, negative effect of dark money, you need only look to the recent elections in Phoenix, where an anonymous Independent Expenditure Group supporting Danny Valenzuela spent at least a $1 million (the other IE disclosed their donors) attacking Kate Gallego…..The People have spoken — loud and clear! Tempeans voted for transparency in their local elections. I respect the will of the voters, and Legislator Leach should as well.”

The Vice Mayor also cited her belief that a 2017 Arizona State Supreme Court case, Brnovich v. The City of Tucson, allowed for local control of the “method and manner” of elections and that and a Ninth Circuit decision in Montana rejected the counter-argument that disclosure requirements impinge on free speech.

Finally, the City Council released a statement through the City of Tempe website, pledging cooperation with the State Attorney General, reaffirming the voters desire to have transparency in the political arena, citing the Governor’s signoff on the ordinance and the State Supreme Court case Vice Mayor Kuby alluded to, and chastising Mr. Leach (by not mentioning his name) for his interference in Tempe’s local affairs.

Senator Leach had earned the ire of the mainstream political community long before his actions this week against Tempe.

Unfortunately, he is not the only state legislator that wants to pry into the affairs of municipalities and constituents he does not represent. Just ask Bisbee how they feel about Gilbert State Legislator Warren Peterson and his successful efforts to force them to repeal its plastic bag ban? Just ask Tucson how they feel about another state legislator Mark Finchem (he who once said in a campaign that the Islamic Terrorists were just waiting to cross the border to attack us) successfully complaining about that cities ordinance to destroy guns confiscated from gang members.

It is amazing that these individuals, who belong to a political party that espouses the gospel of limited government, are willing to use the state to impose their personal will over the desires expressed by the people at the ballot box or through their local representatives.

The people and leaders of Tempe have every right to conduct their local affairs as they see fit as long as it does not threaten or endanger other communities. This encroachment by State Senator Leach is unwelcome. He should just attend to the needs and concerns of the people in his district. Hopefully, this interference in taking away the citizens and leaders of Tempe’s move for greater political transparency will come to nothing.