The Cost of a Stealth Bomber

Home/Education/The Cost of a Stealth Bomber
Previous Next

The Cost of a Stealth Bomber 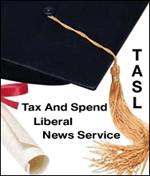 “The Air Force on Thursday said the first crash of a B-2 stealth bomber was caused by moisture in sensors and estimated the loss of the aircraft at $1.4 billion.”

Sure, airplanes crash. Sure, we need our high tech bombers. But this little item took my breath away.

Moisture in the sensors? One of the most sophisticated aircrafts in the world went down because of moisture in its sensors? A plane that has to fly in all kinds of weather conditions just shouldn’t be that sensitive to moisture. And it turns out, it’s not.

“The crash probably could have been avoided if knowledge of a technique to evaporate the moisture had been disseminated throughout the B-2 program.”

An avoidable crash, if only people were more diligent about getting information out to those who need it.

The B-2 costs $1.4 billion. Billion, with a “B.” If a single aircraft costs that kind of money, and we can afford to build a whole bunch of them and fly them and have them crash and burn on occasion, that tells me we’re a nation that can come up with the cash if we think something is important enough.

I think education is important enough. And health care. And Social Security. Somehow, no one talks about the cost of B-2 bombers bankrupting our nation, but when it comes to social programs . . .

Conservatives get a thrill out of screaming, “Don’t throw money at education!” Yet that stealth bomber was $1.4 billion hurtling to the ground, with nothing to show for it but twisted metal, and no one said a word.

This kind of stuff makes me crazy.