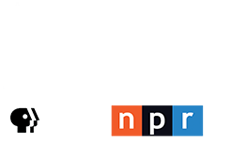 This is an open seat as Mayor Jonathan Rothschild, a Democrat, decided to step down after 2 terms.

Earlier this year I wrote an article about the previous women candidates for Mayor:

If elected, Romero will be the first woman Mayor of Tucson, and the first Hispanic woman to hold this position.

If Cease wins, it would also make history due to the low # of Green Party registered voters in this city, compared to Democrats or Republicans. I don’t think there has ever been a Green Party elected official in Tucson.

Check out these recent voter registration numbers in the City of Tucson, from the Pima County Recorder’s Office:

There have only been 2 candidate forums for Mayor of Tucson for the General Election (as far as I know) — the LWVGT one on Sept. 26, and the Barrio Hollywood one on October 12.