Women’s March in Tucson: “This is what Democracy looks like” (updated photos)

Home/AZ Politics, Civil & Human Rights/Women’s March in Tucson: “This is what Democracy looks like” (updated photos)
Previous Next

Women’s March in Tucson: “This is what Democracy looks like” (updated photos)

The estimate of the huge Women’s March in Tucson crowd that gathered this morning at Armory Park on S. 6th Avenue and marched to Jacome Plaza (in front of the Joel D. Valdez library) was about 15,000.  Lots of very creative signs went by, carried by people of all ages, children, elderly, even people with crutches and walkers…gay, straight, multi-racial, many with dogs, wagons, etc.  Every few blocks people were chanting “This is what Democracy looks like”.  Here’s some photos of today’s crowd. 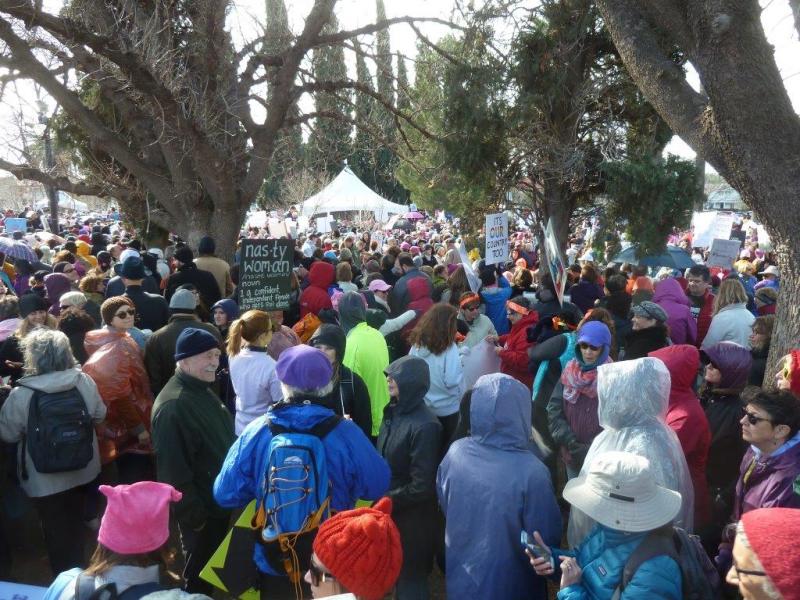 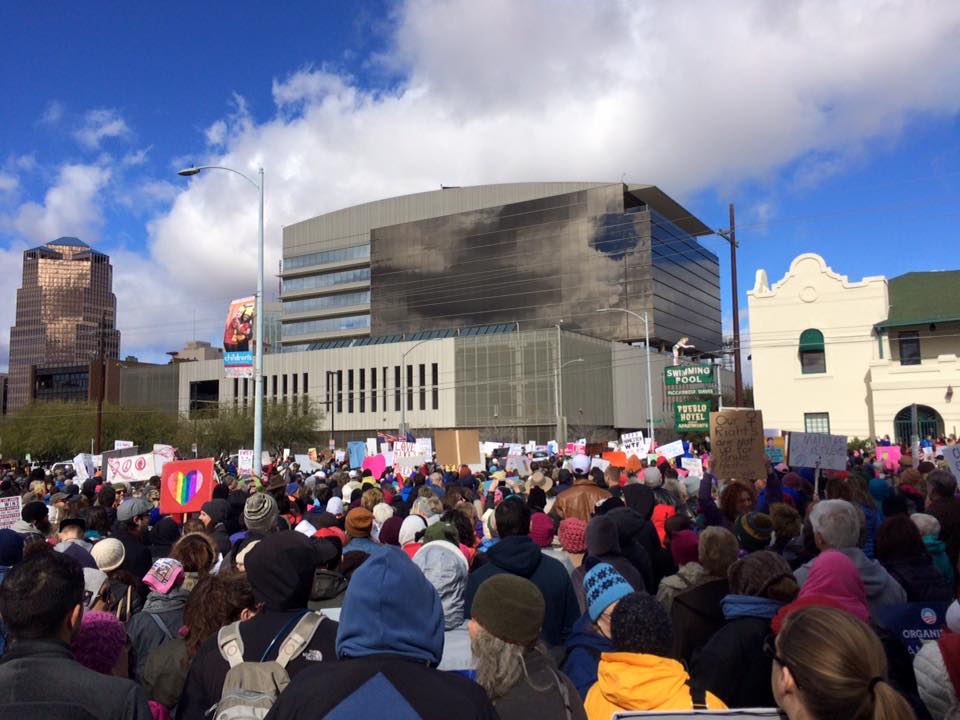 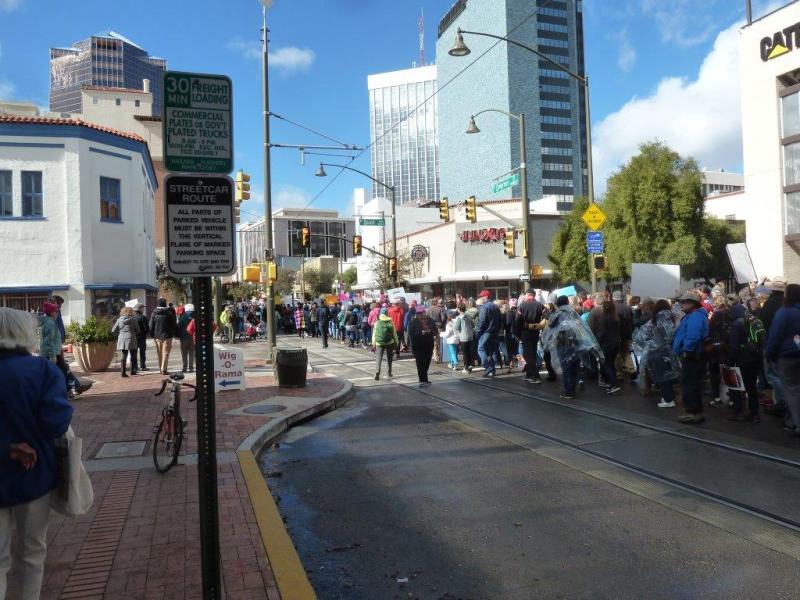 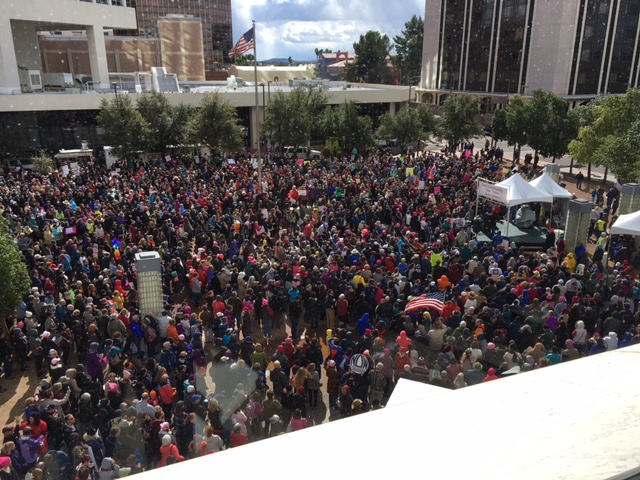 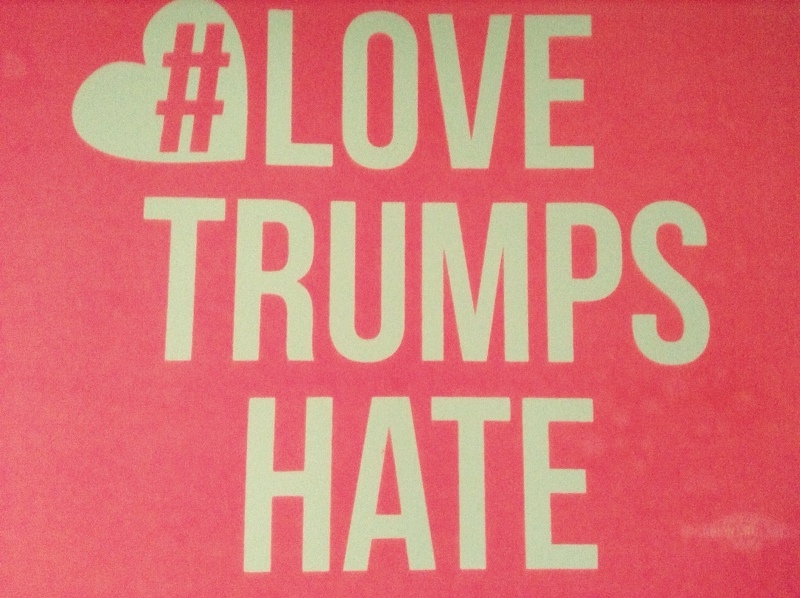 Waffles the Clown was standing nearby on Stone Avenue and wisely said it was time for people in America to “wake up”.  This was indeed what Democracy looked like today on January 21, 2017, the day after Republican Donald Trump was inaugurated 45th President of the United States. 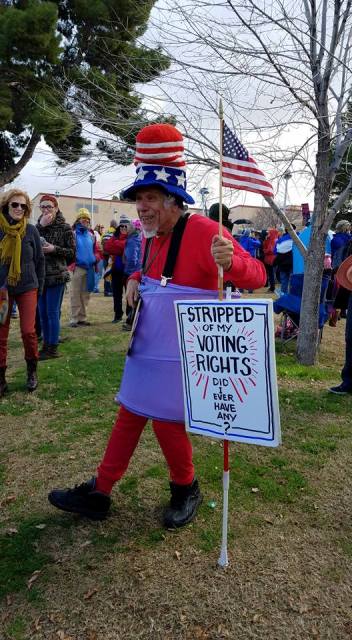 Waffles the Clown with sign, courtesy of Kristie Rabago, at Armory Park