Home/COVID-19 & Healthcare/100 Years – We Learn Nothing.
Previous Next 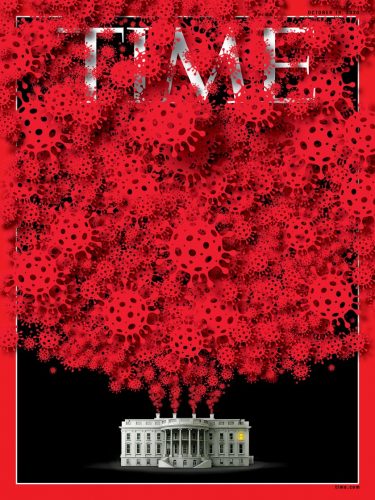 I just finished reading, The Great Influenza: The Story of the Deadliest Pandemic in History,  John M. Barry, Penquin Books, 2018, about the 1918 Spanish Flu – more accurately called the Kansas flu. The parallels between that pandemic and COVID 19 are astounding. That one was vicious and killed in 3-72 hours. Eventually – in four years, after five “waves” – it outran itself and mutated into a less deadly strain. One person got it three times because there was no immunity. After it was over, the studies showed that in the long run it negatively affected brain and nervous systems.

The government then, like today, was useless. They lied and lied and lied.  It only made it worse.  They ignored the doctors; they gave useless advice including using Lysol. Eighteen different vaccines were produced in Illinois alone – none worked. They had to dig trenches and bury bodies in mass graves.  Businesses told workers they were safer at work than elsewhere so they would come in.

The doctors urged mask wearing but most importantly closing schools and businesses, having no large meetings, isolating yourself, washing your hands, coughing into your elbow. Sound familiar? People went to the doors of stores and shouted in their order which was then brought outside and sat on the street for pick up.  At first, like today, people did not comply with the doctor’s recommendation but as their family and friends dropped dead in front of them, they believed.

The government said that fear was worse than the virus – like today. But people could see what was going on and when the government refused to tell the truth, no one trusted anyone. Things went downhill from there. But the lack of political leadership and the lack of trust made it worse because people did not know what was the truth. When local leadership e.g. in San Francisco told the truth and took immediate measures, they were able to reduce the damage.  In Phoenix then, the government proved so inept that a citizens committee was formed to take over and did a better job.  Often it was women, especially society women who were educated and capable but were not allowed to work, who took matters into their own hands.  They organized medical care and soup kitchens, took care of orphans and sewed masks proving the lie of their inabilities.

Obviously, we have learned nothing.  Today we are on the third wave of COVID 19 with spikes in Europe, Wisconsin and Arizona. Super spreader is running around the country infecting dozens in his wake.  One doctor did proclaim back in 1918 that alcohol was useful – where’s my bottle of wine?