Here’s a breakdown of the conspiracy theories many Republicans are pushing and why they don’t hold up:

Hunter Biden committed corrupt activity in Ukraine, and his father tried to cover for him

The entire impeachment inquiry centers around Trump and the GOP’s discredited claim that in his capacity as vice president, Biden tried to help his son by calling for the firing of Viktor Shokin, a prosecutor they say was investigating Burisma.

In public impeachment hearings on November 19, Ranking Member of the House Intelligence Committee, Rep. Devin Nunes, repeated the claim that Hunter was involved in improper activity while working in Ukraine and his father tried to get Shokin fired to protect Hunter.

Hunter, the eldest of Joe Biden’s sons, served on Burisma’s board providing legal advice and receiving a reported salary of around $50,000 a month. Burisma was the subject of an investigation from the Ukrainian prosecutor general’s office into whether its founder Mykola Zlochevsky engaged in tax evasion, money laundering, and corruption.

Despite Trump and Giuliani’s allegations, both US and Ukrainian government officials have confirmed there’s no evidence that the Bidens did anything improper.

Former Ukrainian prosecutor general Yuriy Lutsenko clearly said he had no evidence of wrongdoing by Joe or Hunter Biden.

“I do not want Ukraine to again be the subject of US presidential elections,” Lutsenko said. “Hunter Biden did not violate any Ukrainian laws … at least as of now, we do not see any wrongdoing.”

Furthermore, Shokin was not even actively investigating Burisma at the time, and was denounced for being ineffective at his job. When he called for Shokin to be fired, Biden represented the US’s official position on the matter, one that was shared by many other Western governments and anticorruption activists in Ukraine, according to The Associated Press.

The Journal and other outlets have reported that Shokin was widely accused of being soft on corruption and hindering investigations, including the one into Burisma — in essence, Biden, and much of the international community, urged Shokin’s ouster because he was ineffective.

In fact, Shokin had hampered the investigation into Burisma long before Biden even stepped into the picture, according to the Wall Street Journal.

Western diplomats also say he essentially shut down one such investigation into Burisma’s founder in the UK by refusing to cooperate with authorities. Bloomberg also reported that the Burisma investigation was largely dormant when Biden called for Shokin to be fired.

Ukraine interfered in the 2016 election to benefit the Democratic party

On the July 25 call, Trump also referenced a discredited conspiracy — also heavily pushed by Giuliani — that Ukraine interfered in the 2016 election to benefit Democratic nominee Hillary Clinton and that Ukraine was somehow in possession of a DNC server.

“I would like you to do us a favor though, because our country has been through a lot and Ukraine knows a lot about it. I would like you to find out what happened with this whole situation with Ukraine, they say CrowdStrike … I guess you have one of your wealthy people … The server, they say Ukraine has it,” Trump said on the call.

The US intelligence community has conclusively established that Russia interfered in the 2016 election to undermine Hillary Clinton by hacking the Democratic National Committee and the Clinton campaign.

In the call, Trump was referencing the cybersecurity firm CrowdStrike, which the DNC retained to help them respond to Russia’s breach of its servers during the 2016 election.

“The server” refers to an unfounded conspiracy theory that the DNC hid an incriminating server from the FBI while the bureau was investigating Russia’s hack, and that the server contains information about who was really responsible for the breach.

In the November 19 hearings, Nunes also claimed in his opening statement that the committee should investigate alleged election interference on the part of Ukraine.

In reality, there is no single, physical DNC server, and there is no evidence that Ukraine’s government “hid” it from investigators or was in any way involved in the 2016 US presidential election.

CrowdStrike’s CEO George Kurtz told CNBC that Trump’s reference to CrowdStrike in the Zelensky call was “unintelligible, to be honest.”

Both former NSC senior director for Russian and Eurasian affairs Fiona Hill and senior State Department official George Kent conclusively refuted the baseless idea that Ukraine, in any way interfered in the 2016 election in their public testimonies before Congress.

In his public hearing before the House Intelligence Committee on November 13, Kent further said there was “no factual basis” to support allegations that Ukraine interfered in the 2016 election. 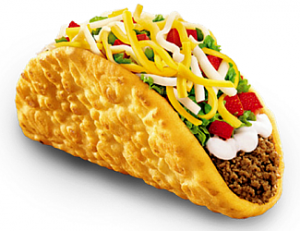 As part of the conspiracy that Ukraine interfered in the 2016 election, some have also claimed that a DNC operative named Alexandra Chalupa coordinated with the Ukrainian government to dig up dirt on Trump.

I know that you all have been asking yourself, “What the hell does Devin Nunes have against chalupas?” No, he’s not talking about Taco Bell chalupas.

In reality, Chalupa, a Ukrainian-American Democratic political consultant and operative, ran a minority engagement program for the DNC in 2016 and communicated with Ukrainian officials about Trump’s former campaign chairman Paul Manafort, who served as an advisor and lobbyist on behalf of former Ukrainian president Viktor Yanukovych.

There is no evidence Chalupa conspired with Ukraine to conduct any kind of opposition research with regard to Trump. Manafort resigned from the Trump campaign in August of 2016, and is currently serving a seven-and-a-half year federal prison sentence for financial fraud, failing to register as a foreign agent, and witness tampering.

“During the 2016 US election, I was a part-time consultant for the DNC running an ethnic engagement program,” Chalupa emphasized in a statement to CNN in 2017. “I was not an opposition researcher for the DNC, and the DNC never asked me to go to the Ukrainian Embassy to collect information.”

Chalupa has told Politico that she is more than willing to appear publicly to testify in the inquiry, as the GOP has suggested, and indicated her testimony would be far more incriminating for the Republicans than for the Democrats.

“It’s clear Republicans are gaslighting the public by putting me on their list of witnesses,” Chalupa told the outlet. “It’s a bluff meant to smear and distract from Donald Trump’s impeachable offenses. I’m the last person Republicans want to testify publicly. My testimony would be especially damaging to Donald Trump, Paul Manafort and Vladimir Putin. The GOP knows this.”

Nunes has now twice claimed that Democrats collaborated with “people they thought were Ukrainians” to get nude photos of Trump. Nunes made these statements in the September 26 public testimony of the acting director of national intelligence, Joseph Maguire, and in the November 15 testimony of Marie Yovanovitch, former US ambassador to Ukraine.

“And of course, Democrats on this very committee negotiated with people who they thought were Ukrainians in order to obtain nude pictures of Trump,” Nunes said in the Maguire hearing, a claim he repeated in his opening statement during the Yovanovitch hearing.

In 2018, The Atlantic reported that two Russian pranksters posing as members of Ukraine’s parliament prank-called House Intelligence Committee chairman Rep. Adam Schiff claiming to have “pictures of naked Trump” from a purported encounter Trump had with a famous Russian woman.

While Schiff said on the call that the information was “helpful,” his staff told The Atlantic in a statement that they had alerted law enforcement before and after the call that it was “probably bogus.”

Other than the Schiff prank call, there is no evidence that Democrats proactively tried to obtain nude pictures of Trump.

And who would want to see these photos? Other than the creepy Devin Nunes, of course.