Scientists, and those who just love scientific method, will march on Washington, D.C. (and hundreds of satellite marches around the globe) this Saturday in support of scientific research and scientific-based public policy decision making. The March for Science, explained:

Inspired by the success of the January 21 Women’s March on Washington, the March for Science will celebrate the scientific method and advocate for evidence-based decision-making in all levels of government. Though the event’s website doesn’t explicitly mention Trump, it’s a protest of his administration’s policies, including his proposal to cut billions in funding for scientific research.

The march is likely to draw a lively crowd — and the nerdiest protest signs you can imagine. Here’s what you need to know about it.

What will happen at the March for Science?

On April 22, science-friendly individuals will gather on the National Mall, and in dozens of satellite marches across the United States and even around the globe. The Earth Day Network — the nonprofit that organizes Earth Day events every year — has taken the lead on programming for the march.

The main event will be co-hosted by Questlove (of the Roots and The Tonight Show) and Derek Muller (who runs a popular science YouTube channel). Jon Batiste and Stay Human (the band for Stephen Colbert’s Late Show) will serve as the house band.

And there will be four main attractions.

1) A roster of speakers and science heroes

The main march programming will take place on the north side of the Washington Monument, with a main stage facing the South Lawn of the White House. The event begins at 8 am.

Around 10 am, a series of speakers will take to the stage. They include:

(You can see a partial list of speakers here. I’m told there will be more added as the event draws nearer.)

The march programming puts a strong emphasis on education and helping the demonstrators think about how to get further involved in science activism.

The Earth Day Network is setting up a series of 20-plus “teach-ins,” which participants can register to attend. The vibe of these will be part science fair, part TED talk. They start at 9 am.

These teach-ins will focus on specific topics in science and science communication, and how to move the needle on them. Teach-ins include a sessions on “How to Stop Your Climate Denialist Uncle in His Tracks,” “Protecting Wildlife in an Era of Climate Change,” and one giving marchers tips on how to “protect forests from hungry beetles” and “track threatened wildlife.”

3) A literal march toward the Capitol

At 2 pm, the crowd will begin a march down Constitution Avenue toward the Capitol building (it’s a little over a mile).

In Boston in February, the Union of Concerned Scientists co-sponsored a Stand Up for Science rally in Copley Square, and it felt like a prelude to the Science March. The people there brought signs that said things like “If you’re not part of the solution, you’re part of the precipitate” and “Trump’s team are like atoms: they make up everything!” 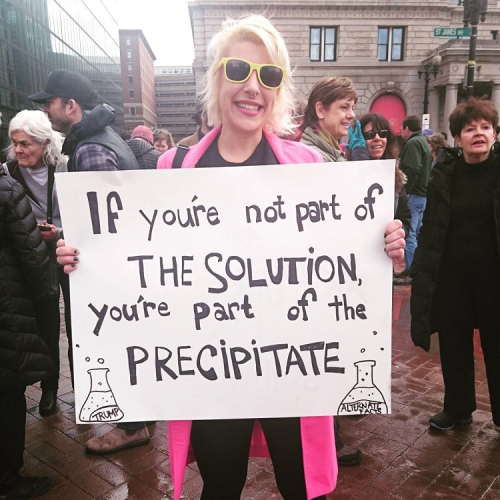 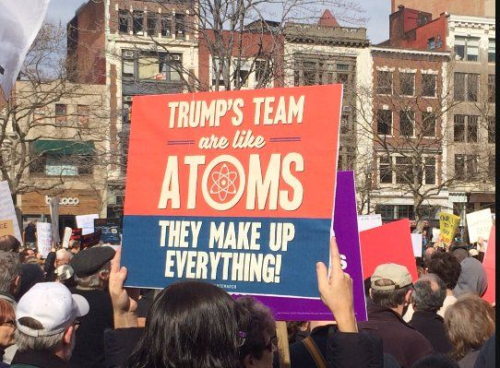 It feels safe to say you can expect more of the same on Saturday.

Where are the satellite marches taking place?

There are 518 official satellite marches in the United States and across the world, from Quezon City in the Philippines to Blantyre, Malawi.

You can search for the satellite marches here. There are marches in all 50 US states. (There will also be a live stream of the DC event.)

Scientists have more reason than ever to march against Trump

At the very least, the Science March will be a celebration of the scientific method and its ability to inform policy. With Trump in the Oval Office, scientists have been watching their disciplines lose their seats — perhaps permanently — at the nation’s decision-making tables. The hope is that the march will leave an impression: Science matters. 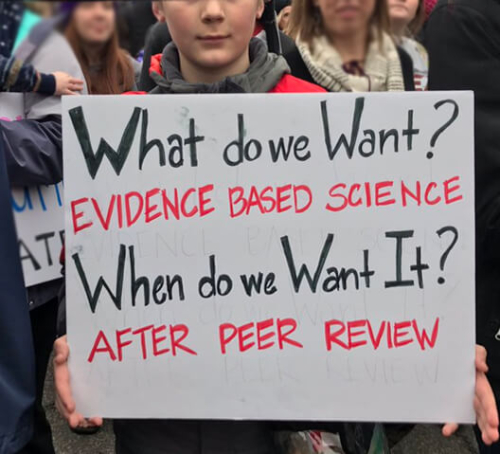 Already Trump is calling for a dramatic reduction in the amount of money the US government spends on scientific research, he’s scaling back efforts at the Environmental Protection Agency to combat climate change, and overall, he seems to disregard or not seek out advice from scientific efforts. He has yet to name a top White House science adviser, and it’s unclear if he ever will. Meanwhile, science skeptics in Congress are emboldened. The House recently passed two bills that (under the guise of transparency) would stifle scientific research and expertise at the EPA.

It’s the gravity of these concerns that helped the March attract support from the scientific mainstream: Major science advocacy groups and publishers, such as the American Association for the Advancement of Science, the American Geophysical Union, the Association for Psychological Science, and many others, have endorsed the march and are encouraging their members to attend.

What will the march accomplish?

Scientists have long been active in Washington, putting pressure on Congress and advocating for funding for their work. Groups like the AAAS and AGU do a lot of this work. But the grassroots movement that’s propelling the March for Science is a bit different. It’s like an awakening of “scientist” as a political identity.

At the very least, the event may inspire some of its attendees to go on to greater political action. “Protest is also an opportunity to create what we call ‘collective identity,’” Dana R. Fisher, a sociologist who studies protest movements, said in an interview. “It’s about getting sympathizers, people who agree with the cause, to be activists.”

The marchers may then be more ready to mobilize when or if the administration truly does lash out against the nation’s scientists. “It’s so important to take the energy and excitement from the march, go back home, and carry it into legislatures offices, and hold them accountable,” says Shaughnessy Naughton, a chemist who runs 314 Action, a political action committee dedicated to getting more people with a science background to run for public office. (Just two days before the march, 314 is holding an information session for scientists thinking about making the leap into public service.)

Many scientists have long been hesitant to get into the political fray. And some worry that further activism will make future fights for science funding more difficult and more partisan.

But that concern won’t stop thousands of scientists and allies from demonstrating. And it could be just the beginning.

Jonathan Berman, a biology postdoc at the University of Texas Health Science Center . . . purchased the web domain MarchForScience.com, and set up a Facebook and Twitter account. The march will “send the message that we need to have decisions being made based on a thoughtful evaluation of evidence,” he says. And all of a sudden, he had a movement. (Some 521,000 had “liked” the march on Facebook as of Tuesday.)

But the march organizers are also trying to thread a tough needle with their goals: opposing the anti-science policies of the Trump administration, while furthering the message that science is not a partisan issue. (How precisely to thread the needle on these issues — and how strongly to add issues of diversity, identity, and inclusion to the roster of march causes — has been an ongoing debate around the event.)

Anti-science agendas and policies have been advanced by politicians on both sides of the aisle, and they harm everyone — without exception. Science should neither serve special interests nor be rejected based on personal convictions. At its core, science is a tool for seeking answers. It can and should influence policy and guide our long-term decision-making.

Use your imagination, be creative, and let your inner science geek fly in your protest signs. You can share your favorite protest signs to the Blog for Arizona Facebook page.

Donald Trump is a menace to public health, and so is our Governor

After the Primaries, Arizona Democratic Leaders are very enthusiastic about the...

Arizona Reaction to Joe Biden’s Build Back Better Agenda for the...