After the Midterms: The Brave Path

After the Midterms: The Brave Path 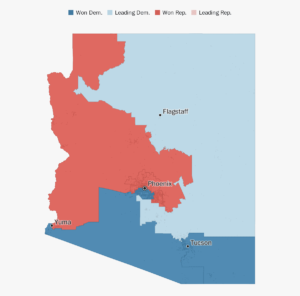 We won the midterms. I’m sure many readers shared the sense of visceral relief when it became clear that we at least had the House, that the slide to authoritarianism could be stopped. And then the joy that Krysten Sinema and Katie Hobbs won key statewide victories, the validation of knocking on one more door, writing one more postcard. A crisis situation has the benefit of clarity, that strength of fighting for the very survival of our democracy. Similarly, a clear enemy, someone so horrible or just plain mean that fighting them is a no-brainer, is oddly relaxing. But fighting, even winning, doesn’t always solve the problems — or even address the weaknesses that enemy was exploiting.

Fighting the wave of outright racism, voter suppression, possible cheating and fearmongering in the midterm elections definitely felt like a crisis to me, and walking precincts and talking to voters was a satisfying way to deal with it. Some things those voters said, though, reminded me that there’s more to the story.

A Mexican man in south Tucson told me that though he voted for Democrats, he was for a wall. One of my writing volunteers in El Paso told me that although everyone hated the child separations and despised the tent cities, they also felt strongly about waiting your turn and resented some of the asylum seekers. Another Democrat refused to support our candidate for Governor, not because he was opposed to the wall but because the voter thought he didn’t communicate a clear alternative solution. There was a sense among some voters of yes, they are awful, but what exactly are we going to do? What is the plan?

Another time, at a lunch of Democratic women, I brought up my own reservations over late-term abortions. Immediately the woman next to me responded emotionally in kind, though she would not want to force her views on anyone else. The woman across the table, also a staunch progressive Democrat, felt similarly.

Obviously, some concerns of voters are overblown, influenced by racist or misogynist propaganda — but not all. Only attacking the enemy, only pointing out their racism and viciousness and downright stupidity, is in some ways a cop-out from grappling with the real issues.

Hank Green put it this way in An Absolutely Remarkable Thing: “It’s so much harder to actually define yourself and work to imagine the best possible future than it is to tear down others’ ideas” — especially, of course, when the ‘ideas’ of others are not so much ideas as calculated venom.

Allowing one’s enemies to define the public landscape, however, is surely a mistake. So how to address the hard problems, the conflicting genuine human concerns, without feeling like giving in to the bastards who are only using them? One key: the ‘liberal or centrist’ spectrum is a false dichotomy.

The choice is not Liberal or Centrist, it’s Advocate or Innovate. We need to do both.

The solution may need to come from the public itself, bottom up rather than top down. Victims of attacks need leaders who will not give an inch to their attackers, who will relentlessly defend the rights of refugees, of women, of Dreamers and black men shot giving aid to strangers. These things are real and they are vitally important. They need to be emphasized and explained to the public. This is advocacy, and it’s not something we should stop doing.

Yet not everyone who asks how we will decide who can be first in line, is racist. We have a process, is certainly one answer, and our process is not bad and it’s definitely not a crisis. But standing up to racists doesn’t mean we can’t discuss different aspects of a comprehensive solution openly. It’s no longer two weeks before an election, we don’t have to have all the answers already in sound bite form. Having a public process for problems solving, involving people in the work of creating solutions, just might shift the conversation from finger-pointing to innovation.

A regular citizen can afford to suggest ideas that might have political peril — say, offering a faster route to citizenship in exchange for community service. Is this a good idea? Maybe, maybe not — it should be criticized and vetted, examined for possible ramifications. But for a politician to suggest it, is far too risky. The downside of even verbalizing a possibly dumb idea, to have that foolish sound bite played over and over in the next election, can stifle innovation that might be beneficial.

The root causes especially are hard to address, and need something more than what we have been doing. What about including minimum wages and income inequality in trade agreements? Maybe its heresy, but what would be the result? How about creating competitive innovation grants for community building and anti-gang projects in Central America? Increase funds for partnership programs between schools, police departments, businesses, and nonprofits? There needs to be an ecosystem of ideas and solutions, where they can develop and be weeded out, and where people can participate in small ways.

In software engineering, we have discovered that better results come from an open process, that many eyes and a constant discovery of flaws is a healthier and ultimately results in higher quality than the sudden unveiling of a supposedly perfect product created by experts.

We need to make stakeholders out of more voters. Calling comment lines is an exercise in frustration, as deeply held concerns are poured into what feels to be an empty void. Echoing jibes and digs in our safe bubble on social media has some merit, but does little to reach out beyond the divide. Throwing barbs and trolling has merit as well — critique is healthy and often well deserved. But these things are not creative solutions, they are not making. We need a process that invites building, that has structure and rhythm, that is fun to participate in.

This is not a new idea, of course —efforts exist for participatory budgeting, town halls, forums, a collection of inputs and comments — but it is one that needs to grow, and quickly. Hunkering down and shooting at the enemy may seem the safest course, but it is not the bravest. The brave path forward is to open discussions, to try innovations, to open ourselves to being criticized by our own friends by proposing solutions that may be flawed, and hammering out better ones.

Proposed ideas for just how to do this, to follow. Critique welcome. 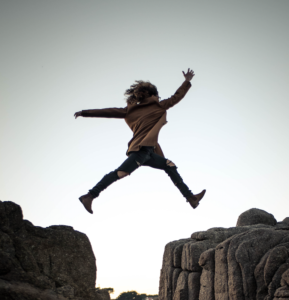 Photo by Sammie Vasquez on Unsplash

Crossposted with some modifications to https://medium.com/@gvelez/after-the-midterms-the-brave-path-ea350f746f87 , as outreach is the goal as well as discussions among ourselves.