Arizona became a purple state in 2018

Arizona became a purple state in 2018 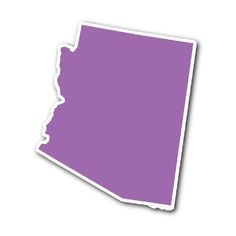 Despite all the gloom and doom post-election day reporting here in Arizona about Democrats having squandered their voter enthusiasm and record turnout, as we approach all the votes finally being counted it appears that Democrats had a very good night after all in turning Arizona purple.

Nationally, Democrats have currently picked up 31 seats to take back the Congress, with a number of races still to be counted in which Democrats lead in most of those races. See, FiveThirtyEight, We’re Tracking The Unresolved Midterm Races. Yes, there was a “blue wave” election. Democrats could win 40 House seats, the most since Watergate.

While there remain votes to be counted, it is increasingly apparent that Democratic state senator Katie Hobbs will be elected Secretary of State. She currently leads political neophyte and Trumpster Steve Gaynor by 5,667 votes. Hobbs’s vote total has increased with each day of vote counting since election day, and that trend is likely to continue.

Democrat Kathy Hoffman has been declared the winner of the Superintendent of Public Instruction race.

While Democrats failed in their effort to capture the Arizona senate, where Republicans will maintain their 17-13 advantage, Democrats picked up four seats in the Arizona House, narrowing the Republican advantage to a historically low 31-29 advantage.

And it is not just here in Arizona. The blue wave was big — and significant — in state legislatures:

Democratic gains in state legislatures reclaimed more than 250 of the many seats lost during Barack Obama’s presidency. Democrats took functional control of an additional seven state legislative chambers, while Republicans took control of only one, the Alaska House. In addition, Democrats gained enough seats to deprive Republicans of supermajorities in Michigan, North Carolina and Pennsylvania. This will keep Republicans from having enough votes to override the vetoes of Democratic governors of those states. Democrats achieved supermajorities for themselves in seven chambers.

The 2018 midterm election set a record for the number of single-party-controlled legislatures. When the new legislators take their seats, only the Minnesota legislature will be divided. The last time the United States had only one divided state legislature was in 1914.

These Democratic gains set the stage for future elections. A majority of the governors holding veto power over redistricting in 2021 are now Democrats. Moreover, in most states where Democrats won control of a legislative chamber on Tuesday, the legislature has a role in the congressional redistricting process — although Colorado voters took this power away from the legislature via the initiative process.

In short, Republican losses in state legislatures were typical for a midterm election, but these losses could translate into larger losses for the party in the future.

Arizona Democrats should feel more encouraged, enthusiastic and energized than ever going into the next election cycle in 2020. The Arizona legislature is within Democrats’ reach for the first time since 1966 (you read that right). Onward and upward!