The Trump campaign’s final act of desperation to overturn the election results in battleground states in a misguided belief that Republican state legislatures can substitute a slate of electors for Donald Trump over the popular vote winner Joe Biden – they cannot – is to file a series of copy and paste lawsuits in the battleground states seeking to stop final certification of the vote.

These are the same allegations already considered and rejected by more than three dozen courts as being without merit, with judges often highly critical of the Trump campaign lawyers who brought these frivolous lawsuits.

🚨NEW: Only hours before the state is set to certify its election results, a bunch of Republicans have filed a lawsuit in the Minnesota Supreme Court to block it.https://t.co/azKtOZ5xdF

🚨NEW: Republicans have filed a lawsuit in the Wisconsin Supreme Court to block certification of that state's election results.

Trump and his allies are 1-36 in court post-election.https://t.co/xVhV7iMW3t

And of course, here in Arizona. Howard Fisher reports, Head of Arizona GOP asks court to throw out Biden’s win in the state:

The head of the Arizona Republican Party is asking a court to declare the election results that gave the state’s 11 electoral votes to Joe Biden are void.

[A complaint filed by the law firm of Wilenchik & Bartness late Tuesday] on behalf of party  chairwoman Kelli Ward claim the system used in Arizona to check signatures on mail-in ballots lacks sufficient safeguards to ensure they came from the registered voters whose envelopes were submitted.

The lawsuit also contends legally required observers were unable to see the process from where they were placed.

Ward asserts as well that the process for dealing with damaged ballots did not result in them being accurately recorded.

She most immediately wants a court to order production of a reasonable sampling of the signatures on the ballot envelopes so they can be compared to signatures on file.

Ward also wants inspection to compare damaged ballots with the duplicates that were created by election workers to allow them to be scanned.

But the real goal is to have the court set aside the results of the election.

That could happen in two ways [according to the complaint].

One would be for a judge to conclude that, given the problems, “the result of the election is fundamentally unknown.” That, according to the lawsuit, would require voiding the election.

By itself, that act would mean Biden is not entitled to the state’s 11 electoral votes.

What could happen next, though, is that it would allow the Republican-controlled Arizona Legislature to make the final decision of declaring which slate of electors won: those pledged to Biden or those pledged to President Trump.

This is the misguided “GOP Clown Car Coup” strategy.  Why the AZ Legislature can’t alter the election outcome.

The other option would occur if a judge ruled, particularly on how the damaged ballots were handled, that votes for Trump were instead given to Biden.

There is no evidence to support this. In fact, Kelli Ward signed off on the “100% accuracy” of the Maricopa County vote.

Completed the final check on the #GeneralElection: our internal post election accuracy test. It was a 100% match. All 3 political parties were present as well as a representative from the Arizona Attorney General’s Office. Up next is the official canvass! https://t.co/wQ4QkJzxHh pic.twitter.com/c3gngWshld

And that would permit the judge to declare that the Trump-pledged electors got more votes than those pledged to Biden, said Ward’s attorney, Her attorney, Jack Wilenchik.

No one, in fact, has a right to file frivolous lawsuits, and lawyers are supposed to either talk their clients out of filing frivolous claims or withdraw from the representation. https://t.co/rTx7tl8uVl

But time is running out for Ward and the state GOP to come up with evidence.

Federal law requires that all challenges and recounts related to presidential elections be resolved no later than Dec. 8. The Electoral College vote is six days later. 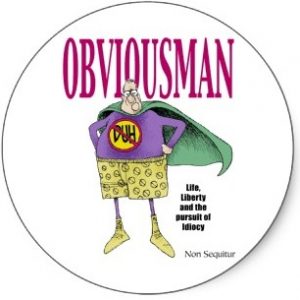 UPDATE: Arizona will certify its vote on Monday. Then this lawsuit will be filed. Maricopa County Superior Court Judge Randall Warner has scheduled a hearing in this matter on Monday at 10:30 a.m.

Kelli Ward cannot invalidate just the presidential race, but must invalidate the entire election – “What’s sauce for the goose is sauce for the gander.”  She is in fact arguing that no one was legitimately elected in the the November election, and that there must be a do-over election for all down ballot races on the ballot and the ballot propositions, excluding the presidential race.

There is zero chance that the court is going to grant the relief she is requesting.