AZ Taxpayers Pay More Than $550K To Senate’s Attorneys During Ongoing Election “Audit”; Not Done Yet

Home » AZ Taxpayers Pay More Than $550K To Senate’s Attorneys During Ongoing Election “Audit”; Not Done Yet
Previous Next

AZ Taxpayers Pay More Than $550K To Senate’s Attorneys During Ongoing Election “Audit”; Not Done Yet

By Arizona's Politics|2022-02-17T11:47:25-07:00February 10th, 2022|AZ Elections|
We reported earlier this week on the rare trifecta achieved by State Senate President Karen Fann – having the same legal case simultaneously active in the Superior Court, the Court of Appeals and the Supreme Court. The legal bills for the recent ping-ponging appeals and depositions are not yet known. 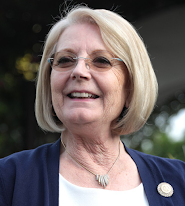 However, Arizona taxpayers coughed up more than $550,000 last year to pay for the State Senate’s legal bills related to their subpoenas, the election “audit”, and the ongoing failure to respond to public records requests. More than $505,000 of that went to the two-person law firm made up of Kory Langhofer and Tom Basile.
Statecraft – which also received more than $56,000 from the Republican National Committee in 2021 – accepted payments from the state irregularly throughout the year, but received a whopping check for $259,946.49 on November 30. 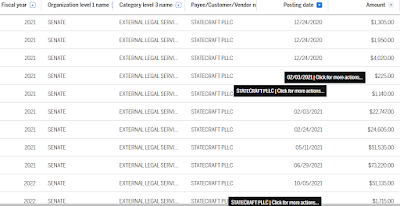 In addition, the State Senate paid attorney Alex Kolodin $33,295 for “legal services”, and Cyber Ninjas’ attorney Jack Wilenchik $17,004, both in October 2021. Although not necessarily for legal services related to the “audit”, the Senate also paid attorney Bill Richards’ firm more than $100,000. (The Senate has retained Richards in the years prior to the 2020 elections.)
(A sidenote: although you cannot see it in the screenshots above, the 2020-21 payments to Langhofer are attributed to four different budget years between 2018 and 2022. Perhaps state budget experts can explain this.)
Advertisement