The opponents of Invest In Arizona’s Prop. 208 are upset that Superior Court Judge John Hannah told them on Monday that he will not be rushed into ruling on an injunction against the education tax surcharge on wealthier Arizonans. They have brought both houses of the Legislature to file a Special Action with the Arizona Supreme Court, and Governor Doug Ducey has now jumped in in support. 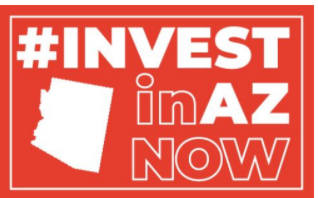 The Supreme Court sent the case back to Judge Hannah to put the final nails in Prop. 208, with instructions to wait for the numbers to come in. The parties have been hashing it out since, and the Legislature/AZFEC/Governor say that all parties have stipulated that spending the revenues from Prop. 208 would put the state over the aggregate spending limit (“AEL”). The Justices had said if that was the case, the initiative would be unconstitutional.

The state is going over the AEL even without those additional revenues, and Republican opponents of Prop. 208 have been holding off on waiving the cap until getting Judge Hannah’s opinion. On Monday, the judge said he would not be rushed.

The Supreme Court has not yet set a hearing.

The Free Enterprise Club and Legislature are being represented – at the Supreme Court only – by a trio of Dominic Draye (Greenberg Traurig), Brett Johnson (Snell & Wilmer) and Tim Sandefur (Goldwater Institute). Those attorneys are not involved in the Superior Court case, where AZFEC is being represented by Kory Langhofer and Tom Basile (Statecraft).