Bernie, Donald & Me: Beyond the Victory on Nov 8

Home/Civil & Human Rights, COVID-19 & Healthcare, Education, Immigration/Bernie, Donald & Me: Beyond the Victory on Nov 8
Previous Next

Bernie, Donald & Me: Beyond the Victory on Nov 8 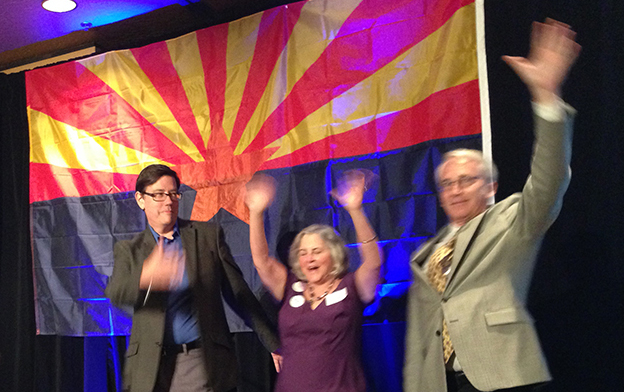 At 5 a.m. on Nov. 9, 2016, I had an existential crisis. How could a Progressive candidate like me win election on the same day as Donald Trump?

The LD9 team won early on Nov. 8. Randy, Steve and I were the first winners to take the stage at the Pima County Democratic Party party in the Marriott Hotel, where many of us watched President Barack Obama win twice.

Excitement was in the air. Everyone was so cheery. The polls all told us that our candidate– the first woman president– would win handily. Yes, of course, one poll said that Hillary Clinton would win by only 3%, but how could that be when all other polls were so high in favor of her?

Now we all know what happened. The polls were wrong. Twenty-five years of lies; millions of social media shares of questionable meme attacks and fake news; editorializing instead of news analysis by mainstream news media; Russian hacks; dithering, drawn-out FBI investigation of those @#$% emails;  and deep-seeded sexism took down the most qualified candidate and gave us a president who promises to rule with an authoritarian hand.

So, how did I win on the same night Trump won? 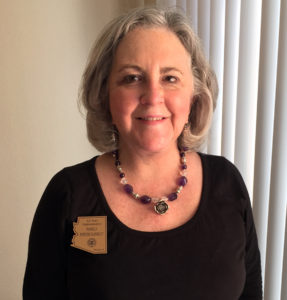 As many of you know, my economic reform platform overlapped Bernie Sanders’ messages about Wall Street vs Main Street investment; big money politics; economic inequality; discrimination against women and other marginalization populations; low wages and crummy jobs in the gig economy; unaffordable student debt; corporate welfare; austerity and trickle down economics; expanded access to healthcare; and bad trade deals (like the TPP and NAFTA).

The Democratic Party message nationally and locally was: “Everything’s great! The economy has recovered! Unemployment is down! The stock market is up! Woo-hoo! Go team! Four more years!” That message ignored the people who lost their financial stability in the Great Recession. Remember the Occupy chant: “Banks got bailed out. We got sold out?” Bailing out underwater homeowners and state governments after the Great Recession would have cost the US a fraction of what it cost to bail out the “too-big-to-fail” banks. Bailing out the banks instead of the people and the states was a huge tactical error that caused much suffering among the American people.

Bernie, Donald and I said: “Americans are getting screwed. They lost their jobs and their homes when Wall Street crashed the world economy. The jobs that the reflect the ‘new normal’ are shit. People are scraping by in the gig economy. We need to take back our government.”  Also, Bernie, Donald and I didn’t take the big money from PACs, unions or dark money donors. (Obviously, the biggest difference between the Progressive message and Donald’s was the idea of inclusion and acceptance of all Americans vs exclusion, targeting and bigotry toward people considered to be different.)

2016 was the year of the outsider candidate who stood up to business as usual and stood up against big money politics. Hillary Clinton and Jeb Bush were the ultimate insider candidates with all of the big money and all of the strings attached to that money. They ran generic establishment campaigns — business as usual– and lost because the people rejected the status quo. Yes, Bernie’s campaign and the popularity of the Progressive message pushed Hillary to the left. Unfortunately, Trump co-opted key points of Bernie’s message, added racism and sexism to the mix, and successfully attracted the disaffected white male voters who lost homes or jobs, blamed the Democrats and immigrants, and didn’t want a woman as president.

I grew up in the rust belt of Northern Ohio. When I was a kid, everyone’s Dad worked in the factories– either in unions or in management. Many of my high school classmates went to work for US Steel or Ford just days after graduation. What are they doing now that all of the factories are gone– Ford, GM,  US Steel (where Uncle Raymond worked), Thew Shovel (where my Dad worked), BF Goodrich (where Uncle Bill worked), Firestone (where Jim’s Grandpa worked), the sandstone quarries (where my Grandpa worked), the shipyards (where our neighbor worked), and others? If they’re lucky, my former classmates didn’t lose their pensions, and they’re happily retired. The others are flipping burgers and/or working at K-Mart. (Yes, the corporate Republicans closed the factories and shipped the jobs oversees, but that’s ancient history. Who remembers that? Not the voters who elected a billionaire corporate Republican as president, for sure.)

I totally understand why the rust belt states voted for Trump. They voted for “hope and change” twice and didn’t get it. This year they voted for another candidate who promised change.  Unfortunately, I fear that the changes a Trump presidency will bring are not what the voters thought they would get. The man who railed against the TPP and complained about Hillary’s ties to Wall Street wants to hire multiple Wall Street insiders for his cabinet. His cabinet picks represent the extreme right wing of the Republican Party– pro-big-business, anti-choice, anti-regulation, anti-public-education, anti-union, anti-healthcare-for-all climate-change deniers who could plunge our country back into the dark ages socially and economically. Further deregulation of Wall Street is particularly distressing because every time the banking industry is given free reign, they crash the economy. This happened with the Great Depression of the 1930s and with the Great Recession of 2008-10– and many other times in our nation’s history. The 1800s are riddled with boom and bust cycles brought on by the banking industry’s excesses. It’s clear to me that Trump will work for his class– the 1%– and not for the underemployed former factory workers from the rust belt.

The Way Forward: Don’t Give Up! 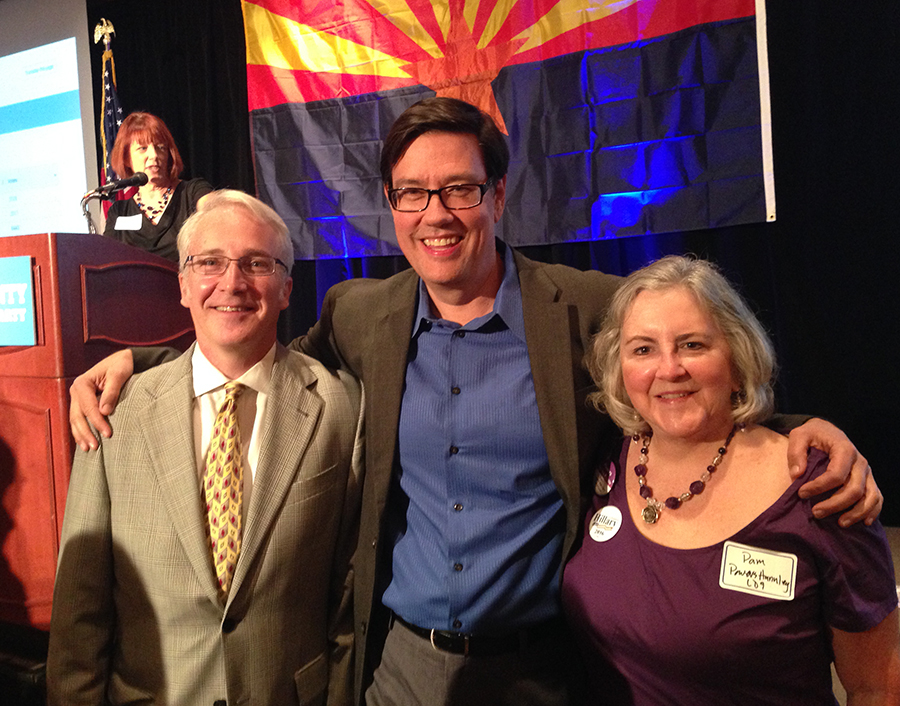 In Arizona, many Legislative incumbents on both sides of the aisle lost. The freshman class in the Arizona House has 23 new members (including 13 Dems, most of whom are women). Many House winners ran as Clean Elections candidates and beat establishment candidates– including in the two high-profile local races in LD9 and LD10. Lucky for you, me, and the rest of Arizona, I was not the only Clean Elections Progressive to be elected.

Please don’t tune out. The Progressives in the Legislature need your help at the grassroots level. We must continue to fight for the people. Remember the story of the Oberlin Rescuers who stood up against the Fugitive Slave Act and the federal government and were jailed in Cleveland for standing up for the rights of fugitive slave John Price. Remember the story of the Nonpartisan League who stood up against the Wall Street bankers and the railroads, organized poor farmers and farm wives, gave North Dakota women the right to vote before the rest of the country, took over ND government, and staged a Progressive revolution.

It’s not time to stand down. It’s time to push back.

P.S. I know many of you are still depressed and distraught about the presidential election. Your posts on Facebook sadden me. We have to get beyond this. It’s time to get off the couch, get dressed, and get organized. One local option is the new Progressive organization which has formed in Pima County– the Progressive Democrats of Southern Arizona (PDoSA). This group was created by some former Tucson Progressive Democrats of America (PDA) members, Bernie Sanders supporters, immigrant rights workers, and organizers for the minimum wage initiative. It’s a broader coalition than PDA, and it will have representation on the Pima County Democratic Party’s Executive Committee. Many groups are organizing. Stay tuned.