Democratic activist Steve Diamond of Tucson is running for Pima County Supervisor in District 4, bringing a labor-friendly, pro-environment and pro-local business approach to the office.

In the process, Diamond plans to oust one-term, do-nothing Supervisor Steve Christy — a millionaire Republican. Diamond is the first Democratic candidate to run there since 1996, and he is challenging the “myth” that the district is exceedingly conservative. District 4 includes eastern Tucson, Vail, Sahuarita, and Green Valley. 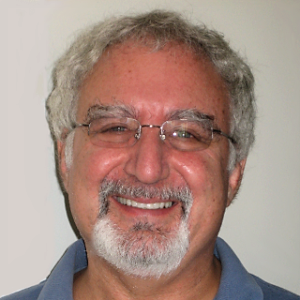 “The idea that District 4 is conservative is overblown,” he says, noting that for many years a moderate Republican represented the district. Republicans have more registered voters than Democrats, but he says, “I think the demographics have changed. I think 2020 is likely to be a year when more Democrats are motivated to turn out than Republicans.”

Diamond is forming alliances with key organizations such as the Tanque Verde Valley Democratic Club, the Democratic Club of the Santa Rita Area, and the Arizona Ground Game. He attends meetings of the LD10 and LD2 Democrats, and the start-up meeting of LD14 Democrats. He is a regular speaker at the Supervisors’ meetings during the call to the audience.

Hailing from New York, Diamond has lived in the county for 50 years. His career as a Chief Information Officer includes work at Intuit, Inc., JewelWay International, DSA Inc., and his own IT consulting practice. Five years ago he retired to teach Mindfulness Meditation through the Pima County Library and a senior community in Oro Valley.

“I mistakenly thought I was retired,” he says, but Trump’s election in 2016 spurred him to action. Through Indivisible, he spent two years in sidewalk demonstrations outside the offices of Marth McSally, Jeff Flake and John McCain, protesting national issues like the “awful Republican tax bill.” 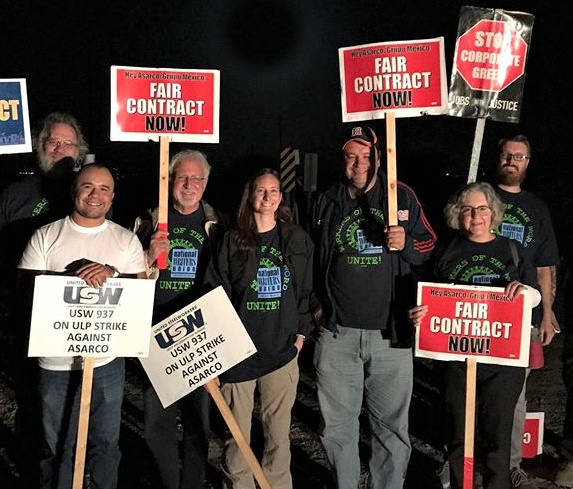 Democrat Steve Diamond joins workers from the ASARCO mine on the picket line.

Diamond has been visible on the picket line of the striking ASARCO miners.

“Only 6% to 8% of workers in Arizona are unionized, largely result of right to work laws which out to be repealed. Labor unions have always advanced social justice causes, and workers’ rights are an important part of that,” he says.

The AFL-CIO sponsored him in a national candidate training class this year, to address labor audiences and issues. Diamond collaborates with the Pima Area Labor Foundation (PALF) on civil justice and labor activism.

After the defeat of a bond issue to pay for repairing the County’s 1,200 miles of roads, the Supervisors adopted a pay-as-you-go approach. “Pay-as-you-go is projected to raise less than $300 million over a 10-year period. I don’t think it’s enough,” Diamond says. “It will improve the roads by 2030. That’s a long time to wait.”

“It’s good to spend money on the local economy and infrastructure,” he says, adding that he would support a countywide 1/2-cent sales tax by a unanimous vote of the Supervisors. “People don’t like to hear about raising taxes. I want to put something in to mitigate the regressive effects of a sales tax. The county should emphasize the idea that a lot of those taxes paid by visitors rather than residents. Tucson gets tourists from around the world. That’s a way where sales taxes are a good idea.”

“I agree that government spending is a good thing. The propaganda that we’ve been subject to since Reagan in 1980, says that government spending is a bad thing and that socialism is a dirty word. That propaganda has been all too effective. People forget that fixing the roads and community improvements are created by government tax-and-spend. This includes law enforcement, the courts, the county attorney, and the jail system.”

“I know how businesses work. I was in the midst of the workings of businesses as an IT executive. I don’t lack real-world business experience,” he says.

Diamond said Pima County should invest in local companies devoted to retrofitting existing structures, adding solar panels, adding insulated windows, and fitting electrical systems to work with solar. “But more could be done, even at the individual residential level. The county should also support the construction of alternative energy sources — such as constructing windmills and solar panels.”

“When jobs are created, they should be union jobs,” he says. “The current county procurement policies emphasize hiring locally, but there is nothing about favoring union shops. I would like to see that changed.”

Diamond’s opponent is the feckless Republican Steve Christy, who is rarely seen in the County offices, according to news reports, and who spends much of his time in San Diego. Christy was voted into office in 2016 but is a do-nothing Supervisor who has sponsored almost no county legislation or resolutions. Christy did take a stand recently, opposing universal background checks at the county gun show.

In contrast, Diamond said background checks should be universal at gun shows, internet sales, and private gun sales. “The Second Amendment is widely misused to imply anything goes when it comes to selling and possessing guns. That’s not the real intention of the Second Amendment. That has to change. Even 70% of NRA members agree should be universal checks, yet that doesn’t happen, something wrong with the system,” he says.

Find out more about Steve Diamond: