Dispatch From The Occupied State of Arizona

Dispatch From The Occupied State of Arizona 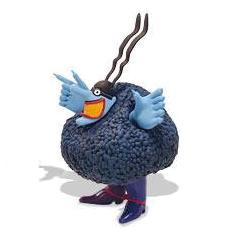 (War correspondent AzBlueMeanie is embedded with the Freedom Fighters of the Arizona Democratic Resistance in the occupied state of Arizona. This dispatch is filed from an undisclosed location within the liberated territories of Baja Arizona)

The GOP 'Taliban' Insurgency seized control of the capitol city of Phoenix last month. The insurgents installed Mullah Jan Brewer as governor of Arizona in an attempt to consolidate their claim to be the legitimate government of the occupied state of Arizona. Few Arizonans in the territories have recognized the legitimacy of the GOP Taliban insurgency however, as the state of Arizona remains embroiled in a civil war in which the GOP Taliban insurgency does not exercise control over wide swaths of the state liberated by and under the control of the Freedom Fighters of the Arizona Democratic Resistance.

The supreme council of ayatollahs has established madrassas schools in Arizona which are used to indoctrinate insurgent recruits into the GOP Taliban ideology. Some of the madrassas schools have also branched out to establish a network of GOP Taliban propaganda media and have largely succeeded in seizing control over all radio, television and print media in the occupied state of Arizona. Among the better known of these madrassas schools are the Goldwater Institute, the Center for Arizona Policy, and the Arizona Federation of Taxpayers. The GOP Taliban media propaganda has attained near saturation level within the insurgent controlled media in the occupied state of Arizona. Arizonans now largely ignore the insurgent controlled media, which is failing financially from a steep loss in revenue due to Arizonans turning to free Arizona Democratic Resistance media (like this news service).

The GOP Taliban insurgents have yet to consolidate complete control over the capitol city of Phoenix, however. Mulllah Brewer has failed to establish her authority over marauding feudal warlords in the surrounding capitol city territory of Maricopa. GOP Taliban warlords such as Russell Pearce and Bob Burns, and their lower-level chieftans such as Joe Arpaio and Andrew Thomas continue to run amok in the Maricopa countryside and exercise autonomous control over their feudal subjects. The territory of Maricopa is a modern-day feudal state harkening back to the Middle Ages, as GOP Taliban warlord John Kavanagh recently reminded his feudal subjects.

The autonomous control of the warlords was self-evident recently when the GOP Taliban insurgents seized control of the state treasury shortly after installing Mullah Brewer as governor. GOP Taliban warlord Russell Pearce doled out money from the state treasury to his chieftan Joe Arpaio from funds previously set aside for the educational system of the state of Arizona, which now lies in ruin after being destroyed by the GOP Taliban insurgents. The GOP Taliban is opposed to all liberal arts and science education and will permit only fundamentalist religious instruction and indoctrination into their conservative ideology in its system of madrassas schools.