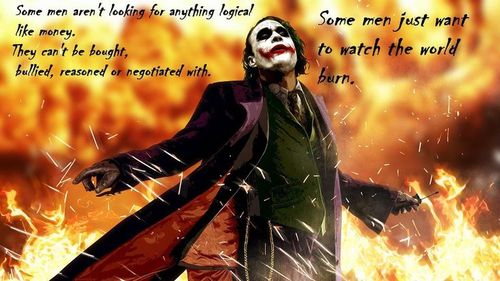 One day after assuring Americans he is not running for president “to make things unstable for the country,” the presumptive Republican nominee, Donald J. Trump, said in a television interview Thursday that he might seek to reduce the national debt by persuading creditors to accept something less than full payment.

Asked whether the United States needed to pay its debts in full, or whether he could negotiate a partial repayment, Mr. Trump told the cable network CNBC, “I would borrow, knowing that if the economy crashed, you could make a deal.”

He added, “And if the economy was good, it was good. So, therefore, you can’t lose.”

Such remarks by a major presidential candidate have no modern precedent.

The United States government is able to borrow money at very low interest rates because Treasury securities are regarded as a safe investment, and any cracks in investor confidence have a long history of costing American taxpayers a lot of money.

Experts also described Mr. Trump’s vaguely sketched proposal as fanciful, saying there was no reason to think America’s creditors would accept anything less than 100 cents on the dollar, regardless of Mr. Trump’s deal-making prowess.

Pressed to elaborate on his remarks, Mr. Trump did appear to step back. He said that he was not suggesting a default, but instead that the government could seek to repurchase debt for less than the face value of the securities. The government, in other words, would seek to repay less money than it borrowed.

In other words, a default, something the U.S. Constitution forbids under the full faith and credit clause. The U.S. has never defaulted on its debts and has always paid its creditors what is owed.

Repurchasing debt is a fairly common tactic in the corporate world, but it only works if the debt is trading at a discount. If creditors think they are going to get 80 cents for every dollar they are owed, they may be overjoyed to get 90 cents. Mr. Trump’s companies had sometimes been able to retire debt at a discount because creditors feared they might default.

But Mr. Trump’s statement might show the limits of translating his business acumen into the world of government finance. The United States simply cannot pursue a similar strategy. The government runs an annual deficit, so it must borrow to retire existing debt. Any measures that would reduce the value of the existing debt, making it cheaper to repurchase, would increase the cost of issuing new debt. Such a threat also could undermine the stability of global financial markets.

In 2011, federal borrowing costs climbed as congressional Republicans refused for a time to increase the federal government’s statutory borrowing limit, raising doubts about the government’s ability to repay its debts. The Bipartisan Policy Center calculated that the higher rates will cost taxpayers about $19 billion. [Thanks Tea-Publicans!]

AMONG THE many misconceptions fueling Donald Trump’s presidential campaign, one of the most stubborn, and most pernicious, is this: Government should run like a business, ergo Mr. Trump, a businessman, is especially qualified for the White House. As evidence that this is a dangerous fallacy, we would cite Mr. Trump’s CNBC interview Thursday, in which he mused about getting control over nearly $19 trillion in federal debt.

After rambling about how he is a “low-interest-rate person,” in part because cheap interest makes the federal debt manageable, which is true enough, he added that, as president, “I would borrow, knowing that if the economy crashed, you could make a deal.” He separately hypothesized that the United States “can buy back [debt] at discounts. You can do things with discounts.”

If these phrases mean anything, they contemplate at least partial repudiation of the U.S. government’s obligations, sacrosanct since the time of the founding. The “full faith and credit” of the United States, established over centuries and embodied in its debt, is the glue that holds global finances together. The minute the United States tried to reduce its debt load by offering creditors less than 100 percent of principal and interest — i.e., by “discount,” or “making a deal,” like Argentina or Greece — every institution that had taken this country at its word would be instantly destabilized.

Those institutions would include the Chinese government and others abroad, holders of a third of the debt — which might be okay with Mr. Trump. But they would also include the Federal Reserve, which holds 13 percent of U.S. debt, and the Social Security Trust Fund (which Mr. Trump has promised to protect), which, combined with other federal accounts, holds 28 percent. And don’t get us started about pension funds, money market mutual funds and community banks.

Another name for this debt-reduction method would be: a giant cramdown imposed on the whole world, including the American people. Note that it’s much more radical than a very questionable idea that got traction among Republicans during the last showdown over the federal debt limit: namely, paying interest and principal while stiffing, temporarily, other claimants such as vendors and contractors. That alternative, mercifully never adopted, assumed that U.S. government bonds are nonnegotiable.

To be sure, this is the way Mr. Trump has often operated in the private sector: borrowing to finance a high-risk venture, then aggressively seeking relief from creditors if his plans didn’t pan out, including via bankruptcy court. [Everything you want to know about Donald Trump’s bankruptcies .] “I have borrowed knowing you can pay back with discounts,” he told CNBC. Playing that game with bankers, who, as Mr. Trump has repeatedly noted, are not “babies” but sophisticated profit-seekers, is one thing. Doing it with, or to, ordinary savers and investors the world over is quite another.

In what may be only the first of many political cleanup jobs for him, Mr. Trump’s new campaign finance chairman, hedge fund operator Steven Mnuchin, averred that “the government has to honor its debts.” The fact remains that Mr. Trump himself implied the contrary, setting a new record for economic recklessness by a major party presumptive nominee, in his first week in that role.

Finally, Paul Krugman of the New York Times writes, The Making of an Ignoramus:

Truly, Donald Trump knows nothing. He is more ignorant about policy than you can possibly imagine, even when you take into account the fact that he is more ignorant than you can possibly imagine. But his ignorance isn’t as unique as it may seem: In many ways, he’s just doing a clumsy job of channeling nonsense widely popular in his party, and to some extent in the chattering classes more generally.

Last week the presumptive Republican presidential nominee — hard to believe, but there it is — finally revealed his plan to make America great again. Basically, it involves running the country like a failing casino: he could, he asserted, “make a deal” with creditors that would reduce the debt burden if his outlandish promises of economic growth don’t work out.

The reaction from everyone who knows anything about finance or economics was a mix of amazed horror and horrified amazement. One does not casually suggest throwing away America’s carefully cultivated reputation as the world’s most scrupulous debtor — a reputation that dates all the way back to Alexander Hamilton.

The Trump solution would, among other things, deprive the world economy of its most crucial safe asset, U.S. debt, at a time when safe assets are already in short supply.

Of course, we can be sure that Mr. Trump knows none of this, and nobody in his entourage is likely to tell him. But before we simply ridicule him — or, actually, at the same time that we’re ridiculing him — let’s ask where his bad ideas really come from.

First of all, Mr. Trump obviously believes that America could easily find itself facing a debt crisis. But why? After all, investors, who are willing to lend to America at incredibly low interest rates, are evidently not worried by our debt. And there’s good reason for their calmness: federal interest payments are only 1.3 percent of G.D.P., or 6 percent of total outlays.

These numbers mean both that the burden of the debt is fairly small and that even complete repudiation of that debt would have only a minor impact on the government’s cash flow.

So why is Mr. Trump even talking about this subject? Well, one possible answer is that lots of supposedly serious people have been hyping the alleged threat posed by federal debt for years. For example, Paul Ryan, the speaker of the House, has warned repeatedly about a “looming debt crisis.” Indeed, until not long ago the whole Beltway elite seemed to be in the grip of BowlesSimpsonism, with its assertion that debt was the greatest threat facing the nation.

A lot of this debt hysteria was really about trying to bully us into cutting Social Security and Medicare, which is why so many self-proclaimed fiscal hawks were also eager to cut taxes on the rich. But Mr. Trump apparently wasn’t in on that particular con, and takes the phony debt scare seriously. Sad!

Still, even if he misunderstands the fiscal situation, how can he imagine that it would be O.K. for America to default? One answer is that he’s extrapolating from his own business career, in which he has done very well by running up debts, then walking away from them.

But it’s also true that much of the Republican Party shares his insouciance about default. Remember, the party’s congressional wing deliberately set about extracting concessions from President Obama, using the threat of gratuitous default via a refusal to raise the debt ceiling.

And quite a few Republican lawmakers defended that strategy of extortion by arguing that default wouldn’t be that bad, that even with its access to funds cut off the U.S. government could “prioritize” payments, and that the financial disruption would be no big deal.

Given that history, it’s not too hard to understand why candidate Trump thinks not paying debts in full makes sense.

The important thing to realize, then, is that when Mr. Trump talks nonsense, he’s usually just offering a bombastic version of a position that’s widespread in his party.

None of this should be taken as an excuse for Mr. Trump. He really is frighteningly uninformed; worse, he doesn’t appear to know what he doesn’t know. The point, instead, is that his blithe lack of knowledge largely follows from the know-nothing attitudes of the party he now leads.

Oh, and just for the record: No, it’s not the same on the other side of the aisle. You may dislike Hillary Clinton, you may disagree sharply with her policies, but she and the people around her do know their facts. Nobody has a monopoly on wisdom, but in this election, one party has largely cornered the market in raw ignorance.

But will the false equivalency “both sides do it” lame-ass media villagers get it, before it is too late?