As Yellow Sheet reports, It contains modest budget increases in:

However, as reported by the Yellow Sheet, Mr. Ducey’s budget has two major reasons for serious minded individuals and legislators to pause. They are:

In other words, Ducey does not mind big government expenditures as long as he is not the one doing the spending.

It is very fortunate for Ducey and economically illiterate Republicans that demographic trends, showing continuing population increases, can indulge such reckless tax-cutting fantasies for now.

Eventually, the new tax revenue volume generated by new residents will plateau and stabilize. Then where will the Arizona fiscal situation be at?

Please click below to see the details of the Ducey Budget Proposals.

Governor Ducey’s budget has met mixed reaction among those in Democratic Circles.

The Democratic Leadership in the Arizona State Legislature released a joint statement which read: 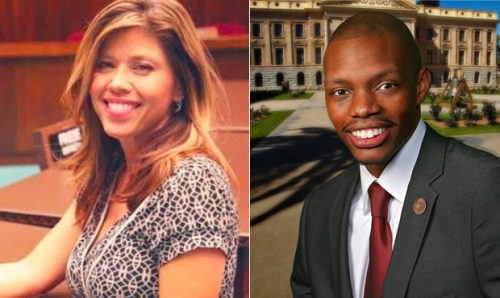 “While we appreciate seeing the Governor invest in several Democratic proposals, such as additional money for the opioid treatment program and fully funding DPS body cameras, we are disappointed to see him prioritize more tax cuts that won’t help Arizona. The last thing Arizona needs right now is more tax cuts. What Arizonans need is a Governor who takes the COVID-19 pandemic seriously and has a plan to get more aid and relief to working families and our small businesses. This budget fails to do that. We need to focus on a plan that streamlines Arizona’s ineffective unemployment insurance program, fixes inaccessible housing assistance programs, expands access to childcare subsidies and food programs, and helps small businesses stay afloat until our economy stabilizes. We must also provide better protection for frontline workers, children and teachers as Arizona reopens its economy. Arizonans are struggling and it’s our job as their elected leaders to help. Senate and House Democrats are ready with immediate common-sense solutions to help Arizonans navigate the final months of the pandemic.”

“We are pleased to see several Democratic proposals in the plan – including expanded opioid addiction treatment and body cameras for all DPS officers – and will work with the Governor to make those happen. We clearly have the resources right now to make a real difference for Arizona families and small businesses impacted by COVID-19 — as well as our schools and social safety net. Given those resources, the Governor’s budget could have far more impact than what we saw. This is not the time to propose $1.2 billion in tax cuts over the next three years when Arizonans are still hurting, the pandemic is not under control and the vaccine rollout has been slower than expected. Arizona voters just approved Proposition 208 to increase investment in our schools, and this plan looks like a backdoor way to keep that revenue out of the budget. When emergency federal pandemic relief goes away, our schools will still need to be funded. The best thing we can do to stimulate our economy is get COVID-19 under control and invest in infrastructure.”

Democrats will provide more detailed analysis and questions as we spend more time with the Governor’s plan, but initial takeaways include:

K-12 – A one-time infusion of federal money has been helpful, but is not an excuse to skip out on our obligation to invest in our underfunded K-12 school system or early childhood education. The voters spoke loud and clear when they approved Invest in Ed (Proposition 208), and a $1.2 billion tax cut over three years directly undermines their will.

Body Cameras – Democrats have long pushed for all DPS officers to wear body cameras. This budget outfits all 2,400 troopers.

Broadband – Expanding broadband access along I-40 makes sense, but it should also extend from Flagstaff to the New Mexico, not just west to California, to improve connectivity for the Navajo Nation and other rural communities.

Private Prisons – Closing Florence Prison just to fill a nearby private for-profit prison does not save the state money. We should work to pass comprehensive criminal justice reform to reduce our incarceration rate and recidivism rather than lining the pockets of private prison companies.

Opioid Treatment – In 2018 Democrats negotiated $10 million into an opioid epidemic plan to help underinsured Arizonans seek treatment. That investment has since helped more than 33,000 people. The Governor’s budget adds an additional $6 million. “

“As the Legislature gets to work for Arizonans, I appreciate that Governor Ducey’s budget includes investments targeted at increasing early literacy, internet access, adult education programs, and the Arizona Teachers Academy. I look forward to working with both the Governor and legislators on passing and implementing these critical investments.

However, with a significant infusion of one-time federal dollars, our schools have resources from the federal government to address targeted learning opportunities and help our schools recover from the COVID-19 pandemic. What our public schools are lacking is sustained investment from our state. With a projected $2 billion surplus in addition to the nearly $1 billion sitting in a rainy-day fund, the Governor’s budget should provide stability for schools by committing to increased, sustainable investments in Arizona’s public education system.

What our students need most are fully funded public schools equipped to meet their unique needs. Public schools need sustainable, predictable operational funding to recruit and retain highly qualified educators and staff, support their students’ mental health, and bridge the opportunity gap for every student in our state. While the Governor’s budget contains funding for targeted early childhood supports, it fails to take into account that our state does not even fund Pre-Kindergarten or full-day Kindergarten. Access to early childhood education is critical to addressing our state’s opportunity gap. I will be supporting Representative Sierra’s HB 2015 – a proposal to fund pre-K programs, and I urge the Governor and lawmakers to do the same.” 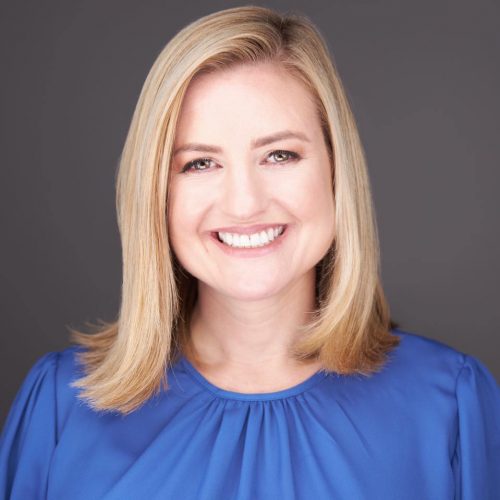 “The governor’s budget proposal is shortsighted and does tremendous damage to Arizona cities like Phoenix. The brutal $600 million yearly tax cut he is talking about translates to a potential $25 million cut to the city of Phoenix. That kind of reduction will be felt first and most profoundly by our police and fire departments.

I firmly believe we must build up our first responders and provide the resources they need, not recklessly slash their ability to do their jobs and continue the necessary reforms we have already begun.

These cuts would also damage the libraries and community centers that serve our families, as well as the programs that make life more livable for vulnerable seniors in Phoenix. Cuts of this magnitude would not only do serious damage but would dig a budget hole so deep, it will take years to recover.

Economists and scientists agree that to emerge from this pandemic and give our businesses the support they need to recover and thrive, we need stronger government, not weaker. This proposal flies in the face of that sober advice.

The city of Phoenix will work closely with the Arizona legislature, urging members to disregard this budget in favor of one that appropriately addresses the needs of communities statewide.”

Democrats are right to point out the positive and negative features of Governor Ducey’s budget.

The Governor should devote more state revenues to critical Arizona and local needs instead of stashing more funds in a rainy day fund that already has a billion dollars, or worse, a tax cut that people really do not need.

The Governor relying on the new Biden/Harris Administration to fill in the funding gaps with federal aid is potentially irresponsible. While a stimulus measure will come out of the new government, no one knows now what the final dollar amount is, what areas will be funded, and when the monies will be distributed. Such aid, as Hoffman pointed out, is probably a one-time infusion into state and local coffers.

Mr. Ducey needs only to remember that it took close to six months to pass the last $900 stimulus measure in Congress and not all the needed priorities were satisfied.

Citizens should contact their State Legislators and the Governors’s office and ask them to put the vital immediate and long-term needs of Arizona and its people ahead of tax cuts that really only benefit those that do not need them.

Hopefully, that will sway the public servants in the Grand Canyon State to do the right thing.