Politico reports “A federal judge on Friday ruled that the Justice Department must turn over former special counsel Robert Mueller’s grand jury evidence to the House Judiciary Committee, a groundbreaking victory for Democrats in their effort to investigate whether President Donald Trump should be impeached for obstructing the long-running Russia probe.” Judge rules DOJ must turn over Mueller grand jury material to House Democrats: 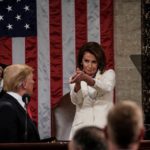 In a double victory for Speaker Nancy Pelosi, Judge Beryl Howell — the chief federal judge in Washington — ruled that the impeachment inquiry Democrats have launched is valid even though the House hasn’t taken a formal vote on it. The decision rejects arguments by DOJ and congressional Republicans that a formal vote is necessary to launch impeachment proceedings.

“Even in cases of presidential impeachment, a House resolution has never, in fact, been required to begin an impeachment inquiry,” Howell determined, dismissing GOP arguments as unsupported.

Republicans had claimed that the House Judiciary Committee cannot begin impeachment proceedings without a formal vote of the House — and that even if it could, Pelosi is not empowered to simply grant that authority to the Judiciary Committee. But Howell rejected the arguments out of hand.

“These contentions are, at worst, red herrings and, at best, incorrect,” ruled Howell, an appointee of former President Barack Obama.

In her ruling, Howell ordered the DOJ to provide by Oct. 30 “[a]ll portions of Special Counsel Robert S. Mueller III’s Report on the Investigation Into Russian Interference In The 2016 Presidential Election that were redacted pursuant to” grand jury restrictions.

The order also requires the Justice Department to provide “any underlying transcripts or exhibits referenced in the portions of the Mueller Report that were redacted” pursuant to those restrictions.

A Justice Department spokeswoman said the DOJ is “reviewing the decision.”

Democrats have contended that they need Mueller’s grand jury transcripts in order to determine whether to bring articles of impeachment against Trump for conduct revealed in the course of Mueller’s investigation.

They’ve also argued that impeachment proceedings are part of a “judicial” process, which would qualify them for an exemption from traditional grand jury secrecy requirements. In part, they argued, the Senate’s removal trial has always been seen as a judicial process, particularly since it’s presided over by the chief justice of the Supreme Court.

The Justice Department rejected that argument, contending that even the Senate impeachment trial fails to qualify as a judicial proceeding. DOJ argued that the chief justice’s role is primarily administrative.

“The Federalist Papers, the text of the Constitution, and Supreme Court precedent all make clear — impeachment trials are judicial in nature and constitute judicial proceedings,” she determined.

House Republicans have spent weeks arguing that Democrats’ ongoing impeachment process is invalid in part because Pelosi has refused to sanction the effort with a vote on the House floor. But here, too, Howell cast aside their reasoning as “fatally flawed.” 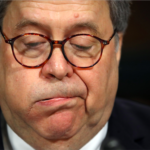 “The precedential support cited for the ‘House resolution’ test is cherry-picked and incomplete, and more significantly, this test has no textual support in the U.S. Constitution, the governing rules of the House, or [grand jury secrecy rules], as interpreted in binding decisions,” she writes.

Howell contended that the “most troubling” aspect of DOJ’s interpretation of grand jury secrecy rules is that it would make presidents almost entirely immune to accountability. DOJ already maintains that presidents can’t be indicted, Howell notes. “Yet, under DOJ’s reading of [the grand jury secrecy rules], the Executive Branch would be empowered to wall off any evidence of presidential misconduct from the House by placing that evidence before a grand jury.”

The rule, she said, must not be read to impede the House from exercising its “sole Power of Impeachment.”

Howell also made clear that Pelosi’s declaration of a full House impeachment process last month had a significant influence on determining whether the House is engaged in a valid impeachment inquiry. DOJ had argued that Pelosi’s mixed messages on impeachment suggested there hadn’t been a true inquiry occurring, even though the Judiciary Committee claimed to be engaged in one since late July.

“Some of DOJ’s arguments … have been mooted due to developments in the possible impeachment of President Trump since the pending application was filed,” Howell noted. “DOJ, for instance, initially argued that statements by the Speaker and the House Majority Leader showed that the House Democratic caucus was ‘not even close’ to an ‘impeachment inquiry.’ That may have been true in June, but not now, after the Speaker herself announced in September that the full House is ‘moving forward with an official impeachment inquiry.'”

Howell also noted that the Justice Department’s position that sitting presidents are immune from indictment “has never been adopted, sanctioned, or in any way approved by a court.” [This is the second federal judge this week to reject the OLC Memorandums.] And she points out that even House Republicans disagree with DOJ on whether a Senate impeachment trial is “judicial” in nature.

And Howell took particular issue with a sharply worded letter sent by White House counsel Pat Cipollone on Oct. 8 to House Democrats declaring their intent to block any cooperation by White House officials with the ongoing impeachment inquiry.

Though the Justice Department has claimed that the House has failed to exhaust all avenues to obtain the information it is seeking, Howell cited Cipollone’s letter as proof that any other means would be fruitless.

“These arguments smack of farce. The reality is that DOJ and the White House have been openly stonewalling the House’s efforts to get information by subpoena and by agreement, and the White House has flatly stated that the Administration will not cooperate with congressional requests for information,” Howell argued. “The White House’s stated policy of non-cooperation with the impeachment inquiry weighs heavily in favor of disclosure.” 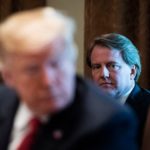 The ruling could also have implications for another impeachment-related court case brought by the Judiciary Committee. An Aug. 7 suit by the committee seeks to enforce a subpoena for testimony from former White House counsel Don McGahn, who the committee has called their most important witness in determining whether Trump committed impeachable counts of obstruction of justice.

A hearing in that matter is set for Oct. 31.

Trick or Treat, Donny. Your stonewall is crumblin’ down. Those subpoenas are about to be enforced.

And the Judiciary Committee will now have the full unredacted Mueller Report and all the supporting grand jury evidence. Committee staff attorneys are going to be working overtime and weekends to parse through the evidence and transcripts of testimony next week.

There is almost certainly evidence that directly contradicts Attorney General William “Coverup” Barr’s cherry-picked summary of the Mueller Report and his determination not to pursue any charges or impeachment.