The U.S. Court of Appeals for the District of Columbia Circuit on Monday denied former National Security Advisor and retired Lt. Gen. Michael Flynn’s emergency petition for a writ of mandamus, and his request to reassign the case to another judge. Full D.C. Circuit Court Rejects Michael Flynn’s Emergency Petition for Immediate Dismissal of Criminal Case: 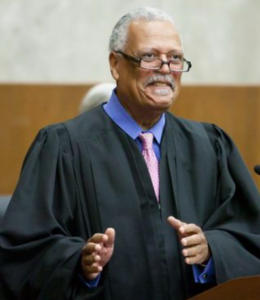 This means that the criminal case, rather than being ordered dismissed as requested by Team Flynn and the Department of Justice, will be kicked back down to U.S. District Judge Emmet Sullivan.

Judge Wilkins’s dissent was always the legally correct position, and the conservative activist judges who tried to cover up the crimes of Michael Flynn at the request of the Trump “Injustice” Department were wrong, just as I said.

The per curiam opinion of the majority, En Banc D.C. Circuit Michael Flynn opinion (Scribd), concluded that Flynn was entitled neither to the case’s dismissal nor to the reassignment of the trial judge:

As to Petitioner’s first two requests—to compel the immediate grant of the Government’s motion, and to vacate the District Court’s appointment of amicus—Petitioner has not established that he has “no other adequate means to attain the relief he desires.” Cheney v. U.S. Dist. Court for D.C., 542 U.S. 367, 380 (2004) (quoting Kerr v. U.S. Dist. Court for N. Dist. of Cal., 426 U.S. 394, 403 (1976)). We also decline to mandate that the case be reassigned to a different district judge, because Petitioner has not established a clear and indisputable right to reassignment. See id. at 381. We therefore deny the Petition.

Here’s why [emphasis ours]:

Under governing law, the writ of mandamus should issue only if: (1) “the party seeking issuance of the writ [has] no other adequate means to attain the relief he desires”; (2) “the petitioner [satisfies] the burden of showing that his right to issuance of the writ is clear and indisputable”; and (3) “the issuing court, in the exercise of its discretion, [is] satisfied that the writ is appropriate under the circumstances.” Cheney, 542 U.S. at 380–81 (citations, alterations, and internal quotation marks omitted). All three requirements must be satisfied, and the absence of any one compels denial of the writ. “As this case implicates the separation of powers, the Court of Appeals must also ask, as part of this inquiry, whether the District Court’s actions constituted an unwarranted impairment of another branch in the performance of its constitutional duties.”Cheney, 542 U.S. at 390.

According to the D.C. Circuit, Judge Sullivan’s controversial appointment of retired judge John Gleeson as amicus curiae to present arguments in opposition to the DOJ’s motion to dismiss was not enough to warrant a writ of mandamus. The appellate court noted that 1) Judge Sullivan could very well decide to dismiss the case after hearing what Gleeson has to say; and 2) even if Sullivan denied the motion to dismiss, Flynn could then appeal to the D.C. Circuit and argue Gleeson was appointed in error. The appellate court, simply put, declined to force Sullivan’s hand in advance of an actual ruling:

Here, Petitioner and the Government have an adequate alternate means of relief with respect to both the Rule 48(a) motion and the appointment of amicus: the District Court could grant the motion, reject amicus’s arguments, and dismiss the case. At oral argument, the District Judge’s Attorney effectively represented that all these things may happen. See Oral Arg. Transcript at 122:24–25, 123:1–9. Even if the District Court were to deny the motion, there would still be an adequate alternate means of review perhaps via the collateral-order doctrine or a fresh petition for mandamus challenging the denial, see United States v. Fokker Servs. B.V., 818 F.3d 733, 748–49 (D.C. Cir. 2016); United States v. Dupris, 664 F.2d 169, 173–74 (8th Cir. 1981), and certainly on direct appeal by Petitioner following sentencing (at which point he could raise amicus’s appointment as error), see 28 U.S.C. § 1291. Petitioner has not cited any case in which our Court, or any court, issued the writ to compel a district court to decide an undecided motion in a particular way—i.e., when the district court might yet decide the motion in that way on its own.

Sullivan appointed Gleeson as amicus curiae to present arguments against dismissal of the case, rather than dismissing the case outright. That gave rise to mandamus petition. Flynn previously pleaded guilty—twice—to lying to the FBI, then fired his lawyers and moved to withdraw his plea. Gleeson, a retired judge, was also asked to present arguments on whether Flynn committed “perjury.” Gleeson said that Flynn did perjure himself and deserved punishment. Flynn’s lawyers and the Department of Justice were in agreement that the case should be dismissed immediately because there was no longer an Article III case or controversy.

The Trump “Injustice” Department and Flynn’s lawyers essentially conspired to dismiss the case against Flynn in a cover-up. It is important to recall what Judge Gleeson as amicus curiae said in his pleadings back in June. Justice Department showed ‘gross abuse of prosecutorial power’ in Michael Flynn case, court-appointed arbiter says:

Retired federal judge John Gleeson said the Justice Department’s bid to dismiss Flynn’s case should be denied because its arguments “are not credible,” suggesting the government violated safeguards designed to prevent “dubious dismissals of criminal cases that would benefit powerful and well-connected defendants.”

“The Department of Justice has a solemn responsibility to prosecute this case – like every other case – without fear or favor,” Gleeson argued. “It has abdicated that responsibility through a gross abuse of prosecutorial power, attempting to provide special treatment to a favored friend and political ally of the President of the United States. It has treated the case like no other, and in doing so has undermined the public’s confidence in the rule of law.”

In his 82-page brief filed Wednesday, Gleeson said Flynn did commit perjury, “for which he deserves punishment.” But instead of recommending that Flynn be charged, Gleeson said the court should consider that offense in sentencing Flynn for another crime – making false statements – to which he pleaded guilty earlier. The false statements charge stemmed from Flynn’s communications with a former Russian ambassador. 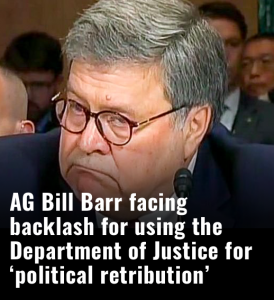 Judge Emmet Sullivan will now conduct a hearing into the motions to dismiss the guilty pleas. The judge very well could order attorneys for the Department of Justice, including Attorney General William “Coverup” Barr, to appear in his court and to explain their extraordinary decision to withdraw two guilty pleas after an admission of guilt.

Judge Sullivan could grant the motion to dismiss, but that appears unlikely after the amicus curiae Judge Gleeson recommended that Flynn be punished for lying to the court.

Michael Flynn will, of course, file an appeal after his sentencing.

And there is always the possibility that Donald Trump will abuse the power of his office to grant his co-conspirator Michael Flynn a pardon.